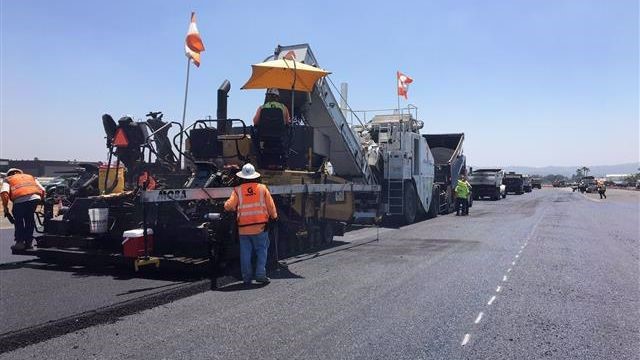 “Van Nuys Airport continues to demonstrate it is the premier general aviation airport in the country with modern and safe facilities that are among the most emulated by peer airports,” said Justin Erbacci, Chief Executive Officer, LAWA. “I want to thank our project team and Van Nuys Airport tenants for working collaboratively to coordinate the design, phasing and construction in a manner that mitigated operational impacts and kept the airport running smoothly.”

The Taxiway A Rehabilitation Project was managed by LAWA’s Airport Development Program staff with HNTB Corporation as the engineer and Granite Construction Company as the general contractor. It is the second of two major projects completed over the past four years to rehabilitate the pavement of Taxiways A and B at VNY.

“The Taxiway A project presented another opportunity for airport businesses to work in partnership with Los Angeles World Airports and the FAA on solutions to limit the number of days in which runways, taxiways and leasehold access points were impacted during construction,” said Van Nuys Airport Association President Curt Castagna. “This project ultimately enhances safety for pilots by providing better visual acuity, standardized taxiway nomenclature and improved communication with the air traffic control tower.” 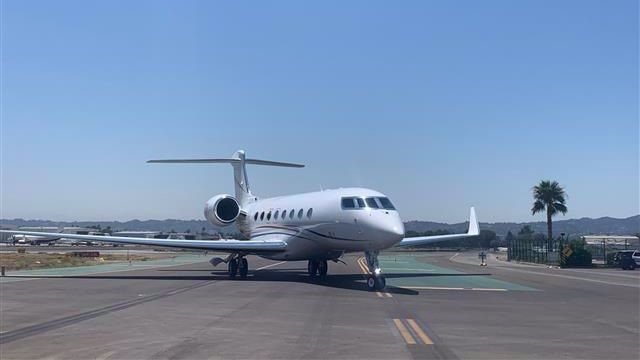 VNY is one of two airports owned and operated by Los Angeles World Airports (LAWA), a self-supporting branch of the City of Los Angeles, governed by a seven-member Board of Airport Commissioners who are appointed by the mayor and approved by the Los Angeles City Council.

One of the world's busiest general aviation airports, VNY serves as a valued San Fernando Valley resource, providing ongoing leadership in general aviation, business and community service. Dedicated to noncommercial air travel, VNY had over 232,000 operations in 2020. More than 200 businesses are located on the 730-acre airport, including four major fixed-base operators and numerous aviation service companies. Annually, the airport contributes approximately $2 billion to the Southern California economy and supports over 10,000 jobs. In addition, VNY provides programs to benefit local residents, along with educational initiatives and aviation-related career and training opportunities. For more information, visit iflyvny.com, like us on Facebook at Facebook.com/VNYOfficial, follow us on Twitter and Instagram.