Board of Airport Commissioners (BOAC)


A seven-member Board of Airport Commissioners (BOAC) governs Los Angeles World Airports. By the Charter of the City of Los Angeles, the Board is responsible for the formulation of airport policy. The Board is comprised of public-spirited business and civic leaders who are appointed by the Mayor, approved by the City Council and serve staggered five-year terms.

Following are biographies of each of the commissioners: 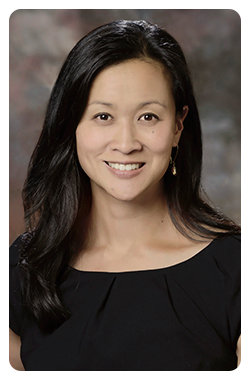 Commissioner Hsu is Senior Vice President for Development at Brookfield Properties, responsible for Brookfield’s multifamily development activities on the west coast. Brookfield Properties is a developer, owner and operator of real estate with over $140 billion in assets under management globally, including office, retail, residential, industrial and hotel properties. Prior to joining Brookfield, Commissioner Hsu spent over 10 years with Related California on urban infill development projects, including affordable housing, mixed-income housing and commercial mixed-use development in Southern California.

Prior to her career in development, Commissioner Hsu served as a senior advisor to then Council member Eric Garcetti. In that position she served as staff chair on the City Council’s Housing, Community and Economic Development Committee, which had oversight over the City’s Community Redevelopment Agency, Housing Department, Community Development Department, Homeless Services Authority and Housing Authority. Commissioner Hsu also served previously as a policy analyst for the California State Controller.

She is a graduate of Yale University with a Bachelor of Arts degree in political science and history, and the University of Southern California’s Ross Minority Program in Real Estate.

She is a former Vice Chair of the City of Los Angeles Industrial Development Authority and currently serves on the Board of Directors for Larchmont Charter Schools. 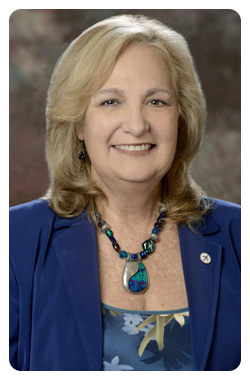 Commissioner Velasco is a sole practitioner estate planning attorney in Playa del Rey. As a civic leader, she has served as Lieutenant Governor for Rotary International District 5280 and currently serves as a Fee Dispute Arbitrator for the State Bar of California. She also served as chair of the Los Angeles Area Chamber of Commerce World Trade Week in 2012.

Commissioner Velasco earned a Juris Doctorate from the University of West Los Angeles School of Law, a Master of Arts degree in education from Claremont Graduate School, and Bachelor of Arts degree from California State University, Long Beach.

Commissioner Velasco has held the position of Vice President of the Board of Airport Commissioners since September 14, 2005. She is a native Californian, born at California Hospital in Los Angeles, and has lived with her husband Frank in Playa del Rey since 1988. 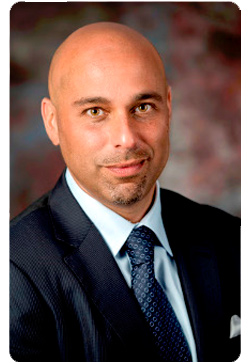 Commissioner Eshaghian is a Principal and Senior Vice President of Acquisitions and Development with The Somerset Group, a New York-based family office real estate investment, development and management firm founded in 1979. He has been with the organization for more than twelve years, since opening the company’s Los Angeles office in September 2005.

Before joining Somerset, Commissioner Eshaghian spent more than 10 years in various executive positions within the travel and transportation industries, most recently with PricewaterhouseCoopers LLP, one of the world’s largest professional services firms. He spent over three years as their U.S.-based Global Travel Manager, followed by two years as a Director with its United Kingdom affiliate Nyras, focusing on turnaround, strategy consulting and investment banking transaction services within the global airline and transportation sector. Prior to that he held commercial management and business development positions in the airline industry, both at Swissair and with Virgin Atlantic Airways.

He is a subject matter expert in the areas of real estate acquisitions and finance, global travel management and airline industry corporate strategy. He has traveled and worked extensively in more than 50 countries and is a classically trained concert-level pianist. 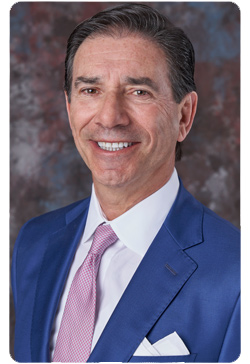 Commissioner Roxborough specializes in representing insured and self-insured employers as well as large stakeholders in complex workers’ compensation insurance and regulatory issues across the country. He has obtained, over the last 30 years, numerous successful verdicts and landmark appellate decisions concerning the insurance and employment industry, as well as successful class action settlements.

Commissioner Roxborough received his Juris Doctorate from Southwestern School of Law, studied at the Institute of European Studies in Vienna, Austria, and received his Bachelor of Arts Degree from the University of California, Berkeley.

Commissioner Roxborough has worked closely with and chaired the California Insurance Task Force, which recommended many solutions resulting in major legislative changes in the workers’ compensation industry. Commissioner Roxborough was named one of the top 50 most influential professionals in the California workers’ compensation industry, and was named Defense Lawyer of the Year at the Comp Laude Annual Awards Ceremony. He received the JFK Award from the Los Angeles County Democratic Party; and also serves on the California Organized Investment Network Advisory Board, appointed by then Insurance Commissioner, Dave Jones.

Commissioner Roxborough has been appointed as a City Commissioner including Vice Chair of the Police Permit Review Panel, and The El Pueblo de Los Angeles Commission. 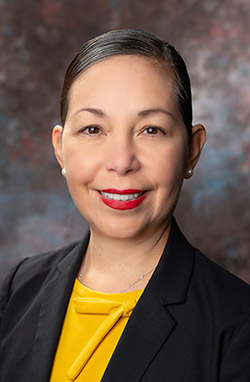 Commissioner Belinda Vega is co-chair of the West Coast Litigation Group at Venable LLP, a law firm of trusted advisors serving businesses, organizations, and individuals in many of the most important aspects of their work.

Beyond her legal practice, Commissioner Vega serves on the board of directors of the Los Angeles chapter of the Association of Business Trial Lawyers (ABTL). She also serves as a Fellow of the American Bar Foundation. She also sits on the executive board of directors of the Los Angeles Neighborhood Land Trust (LANLT), a nonprofit that builds parks and gardens for inner-city communities in Los Angeles.

A recognized leader in the community, Commissioner Vega is regularly asked to speak on issues pertaining to environmental, social, and corporate governance. Her achievements have not gone unnoticed; she has been recognized as a Leader of Influence and a Top Minority Attorney by the Los Angeles Business Journal and a Top Woman Lawyer in the Daily Journal.

Commissioner Vega earned a Juris Doctorate from Columbia University School of Law, and a Bachelor of Science from the University of California, Los Angeles (UCLA). 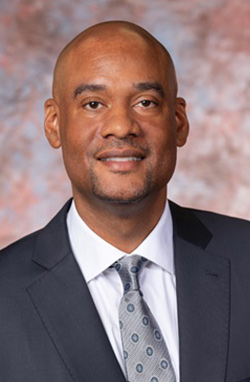 Commissioner Webb is Chief Executive Officer of 4thMVMT, a Los Angeles based firm that seeks, vets, trains, finances and partners with individuals from communities who have been the most impacted by the application of criminal justice to own and operate competitive retail businesses. The primary goal of 4thMVMT is to cultivate human potential through empowering people, providing new solutions, and fostering well-being while building community, improving outcomes, and engaging culture in an authentic and impactful way.

Commissioner Webb’s entrepreneurial experience and history of engagement with “opportunity youth” in Los Angeles has led him to his true-life purpose, philanthropic work promoting leadership development and ownership as a gateway to a fulfilled life.

Under his leadership, individuals learn to activate possibility in their lives by exercising the muscle of excellence. Commissioner Webb believes the realization of opportunity happens when you inspire hopefulness in people.

Commissioner Webb is also Co-Owner and Operations Partner of PCF Restaurant Management, a multi-unit franchisee of Buffalo Wild Wings. Beyond Buffalo Wild Wings and 4thMVMT, Commissioner Webb holds a number of Board positions including the California Community Foundation, Everytable, the Living Through Giving Foundation: Hashtag Lunchbag and the Brotherhood Crusade as a Corporate Board member.