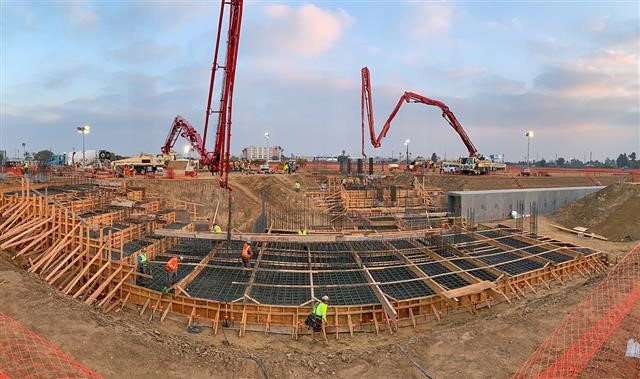 The approximately 6.3-million-square-feet-facility opens in 2023.

(Los Angeles, CA) Today, Los Angeles World Airports (LAWA) announced commencement of the first concrete pour for Los Angeles International Airport’s (LAX) Consolidated Rent-A-Car (ConRAC) facility. The initial pour represents a fraction of the 265,000 cubic yards of concrete that will be poured for the approximately 6.3-million-square-feet facility, which will become the largest rental car facility in the world when completed.

LAX ConRAC Partners (LAXCP), the developer building the facility, has built a concrete batch plant to make concrete on-site for the Ready/Return and Idle Storage areas, which will reduce the number of deliveries each day by approximately 80-90 vehicles. In total, approximately 1,000 cubic yards of concrete will be produced each day, three to four days a week, totaling around 220,000 cubic yards of concrete over the course of the next year and a half.

“This pivotal project will remove more than one million shuttle trips to and from the Central Terminal Area per year, while creating a streamlined experience for the hundreds of thousands of people renting cars from LAX,” said Justin Erbacci, Interim Chief Executive Officer, LAWA. “To see the first foundation pour completed is an exciting milestone, and the first of many more to come as we build the future of LAX.” 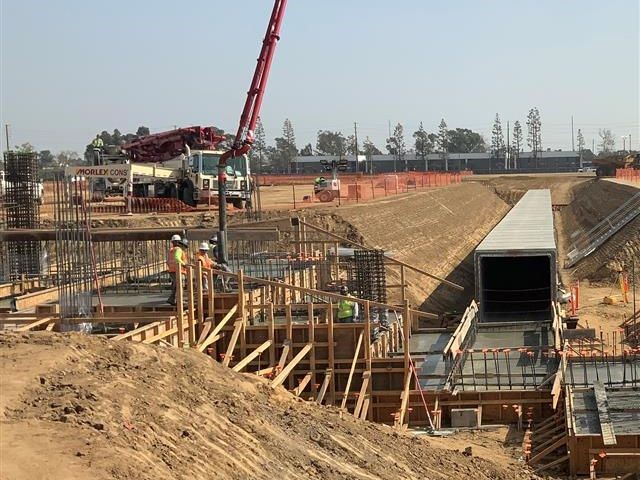 Construction of underground pedestrian corridors, mainly for emergency egress, is also underway and the first tower cranes will soon arrive on site.

“We are proud to help LAWA with its commitment to modernize LAX,” said Karl Schaefer, Project Executive, LAXCP. “This foundation pour marks a significant phase of construction for the project and we look forward to marking many more milestones with LAWA along the way to opening the facility in 2023.”

Designed to improve the rental car experience, the ConRAC facility is an integral component of the larger LAX Landside Access Modernization Program (LAMP). The facility will consolidate existing rental car locations in and around the LAX area into one convenient location adjacent to the 405 freeway. With a direct connection to the Automated People Mover (APM) train system, rental car shuttles will no longer be needed, which will result in the elimination of 3,200 daily rental car shuttle trips to and from the LAX Central Terminal Area and on city streets.

Visit FlyLAX.com/ConnectingLAX for more information about the ConRAC project including fact sheets, renderings, and to subscribe to receive email updates. 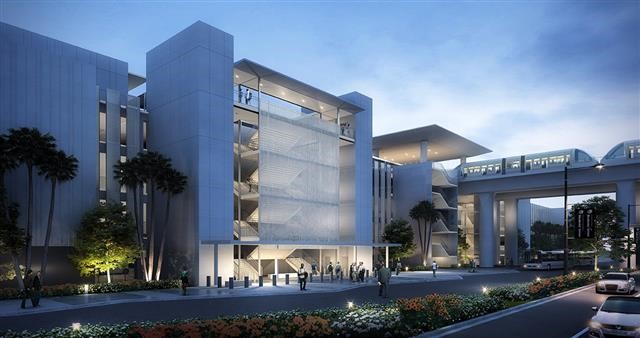 A rendering of the Consolidated Rent-A-Car Facility with the Automated People Mover.