The 83,000-square-foot facility will be the control center for the LAX Automated People Mover train system 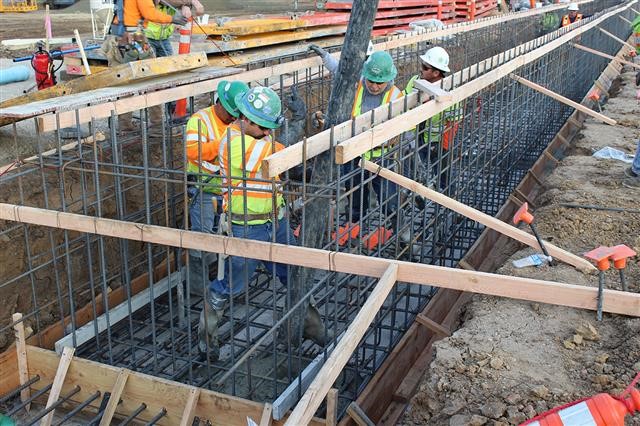 (Los Angeles) Today, Los Angeles World Airports (LAWA) announced another significant milestone in the construction of Los Angeles International Airport’s (LAX) Automated People Mover (APM) with the start of foundation work on the Maintenance and Storage Facility (MSF), which will serve as the hub for operations and maintenance of the APM trains and system.
“When the first passengers board the Automated People Mover in 2023, they will find that the LAX guest experience has been transformed,” said Bernardo Gogna, LAWA Chief Development Officer. “At the Maintenance and Storage Facility, the APM system’s operators will work around the clock to ensure time-certain service to and from the Central Terminal Area for Angelenos and the city’s visitors alike.”

Sitting on a nine-acre site, the 83,000-square-foot MSF will feature several maintenance bays for the APM trains. It will also house the control center responsible for directing the fully automated trains according to routing sequences engineered for optimum performance, all while under 24-hour surveillance. In the first ever automated people mover application for a technology used primarily for heavy rail, an Automated Vehicle Inspection System (AVIS) will be used to perform visual inspections of the trains’ undercarriages using cameras and thermal and laser sensors. The site will also feature a train wash and test tracks.

The developer on the project, LAX Integrated Express Solutions (LINXS), began demolition at the site in May 2019 followed by rough grading and utility work. As utility work is completed, the concrete for the maintenance bays and elevator shafts will be placed first, several feet below grade followed by the concrete for the facility floor. A total of 535,000 pounds of rebar will be used to reinforce the MSF foundation, which will be comprised of a total of 4,600 cubic yards of concrete. After foundation work is complete, steel erection will begin, with more than 1.5 million pounds of steel being used in its construction. The MSF will be complete in 2021 in anticipation of the first APM train deliveries. 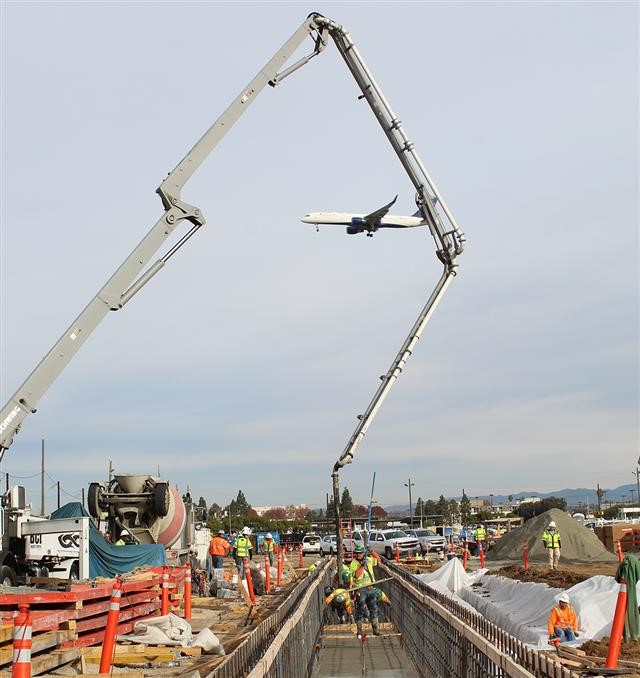 In keeping with the sustainability goals for the project, LINXS is seeking Envision Certification for the system as a whole. The MSF will be built to LEED Gold standards and will incorporate several sustainable design elements, including a solar photovoltaic generation system capable of generating up to one megawatt of energy, which equates to the energy capable of powering 190 homes at any given time. The onsite train wash will use recycled water.

“Our team has been hard at work to bring an Automated People Mover to LAX that is befitting of a world-class airport, and sustainability is integral to that commitment,” said Sharon Gookin, Project Director at LINXS. “Starting with concept and carrying through design and construction, the project has incorporated innovative and forward-thinking solutions that address some of the area’s most pressing issues, including the urgent need to remain mindful of the long-term environmental impact of our built environment.”

The APM, a 2.25 mile elevated electric train system that will transport travelers in and out of the LAX Central Terminal Area (CTA), is the centerpiece of LAWA’s Landside Access Modernization Program (LAMP). The APM will feature six stations: three stations inside the CTA, which connect to the terminals via elevated pedestrian walkways, and three stations outside the CTA, which will connect to new off-site parking facilities, regional light rail transportation and a Consolidated Rent-A-Car Facility (ConRAC). Scheduled to open for passenger service in 2023, the APM is expected to relieve congestion within the CTA and in turn the surrounding thoroughfares, thereby reducing emissions and vehicle miles traveled.

An aerial view rendering of the Maintenance and Storage Facility, which will be located between 96th Street and Arbor Vitae Street.