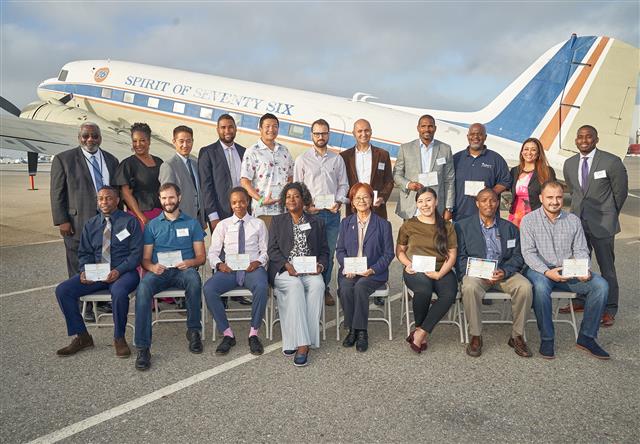 Graduates of the inaugural class of the BuildLAX Academy.

"The transformation of LAX is a multibillion dollar effort, and we want to make sure that our small and local businesses are not stopped by one of the biggest hurdles to getting a contract working at LAX – navigating what can be a very complicated bidding process," said Bob Gilbert, Strategic Advisor, LAWA. "Thanks to the BuildLAX Academy, our graduates are better prepared to compete for contracts at LAWA and we look forward to welcoming many back as winning contractors in the near future."

"With programs like the BuildLAX Academy, led by people who want to help, small businesses like ours have a voice and a fair opportunity to compete for bids," said Rudy Garcia, Operations Manager, PG Cutting Services. "We know that Los Angeles is a Mecca of opportunities for small businesses, and we appreciate all the people who are helping us write our story."

In addition to empowering contractors with the knowledge needed to submit viable and competitive bids, the program also helps small businesses gain the skills to successfully plan a project. BuildLAX not only helps local prime contractors on LAX projects meet local hiring requirements, but also helps to retain the benefits of economic development in the area surrounding LAX and Los Angeles.

The program's first graduates are now ready to pursue opportunities that are part of LAWA's capital improvement program, including the LAX Landside Access Modernization Program, the Midfield Satellite Concourse and the Airport Police Facility.

BuildLAX is the latest program offered by LAWA to help more Angelenos who own small businesses in the construction industry, especially those from areas surrounding LAX, successfully navigate and find contracting opportunities with LAWA. Other programs include the LAWA Small Business Matchmaking Seminar, which directly connects prospective subcontractors and suppliers with prime contractors and well as its monthly "How to Do Business with LAWA" workshops, which provide training for prospective contractors and vendors. LAWA also offers the HireLAX Apprenticeship Readiness Program, which targets local workers to make them ready for rewarding careers in the construction trades.

For more information about how to enroll in the next BuildLAX Academy class, email businessandjobs@lawa.org. 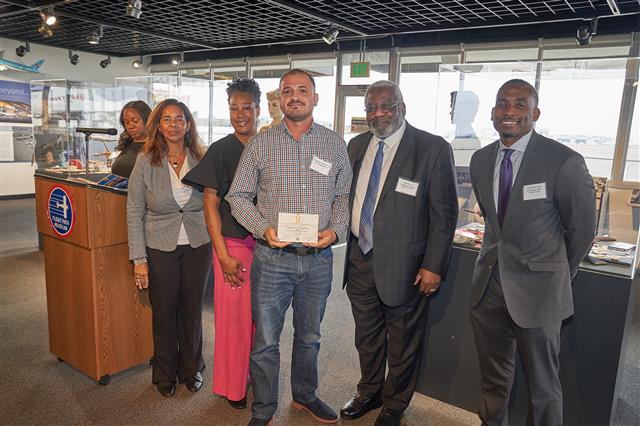