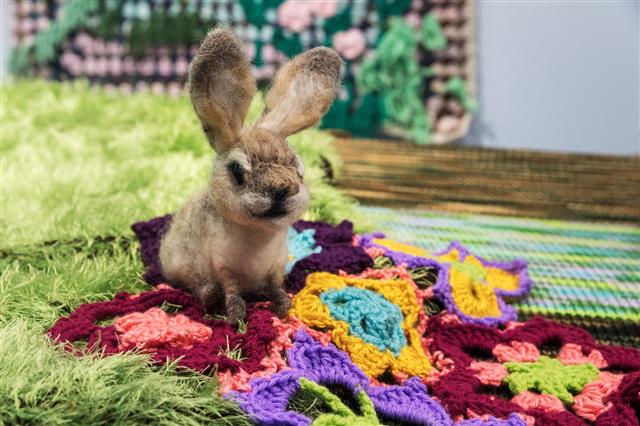 “Forest, For the Trees” curated by Julie Kornblum

“Forest, For the Trees” is an installation featuring knitted, crocheted, woven and other fiber-based artworks that reference and reinterpret the ecological features of old-growth forests with handmade contributions by more than 40 artists. Old-growth forests are often home to rare, threatened, and endangered species of plants and animals, making them ecologically significant. Curated by Los Angeles-based artist and curator Julie Kornblum, the installation is on view for ticketed passengers in the Tom Bradley International Terminal, Customs Hallway, on the Arrivals Level through January 2020.

“This installation hopes to address the wonders and perils of the forest by creating an environment that is at once unique and fantastic,” Kornblum said.

The installation is an ongoing project for Kornblum, who teamed up with the Arroyo Arts Collective and Yarn Bombing Los Angeles in 2011 to invite artists from all over the world to contribute to an ever-expanding traveling installation of flora- and fauna-inspired fiber artworks. For this iteration of the installation at LAX, Kornblum invited artists to fabricate new fantastical elements to create a welcoming display for arriving passengers. Artists independently created works in their own individual styles and techniques, from realistic woodland creatures made of felt, to stylized tree trunks and branches sprouting from used sweaters.

Contributors range from novice knitters to professional artists who used standard, recycled and unusual materials to create trees, groundcover, animals, water, rain and many other forest features. The resulting display is bursting and blooming with distinctive and engaging vegetation and wildlife that is meant to remind the viewer of the importance and fragility of the natural environment. 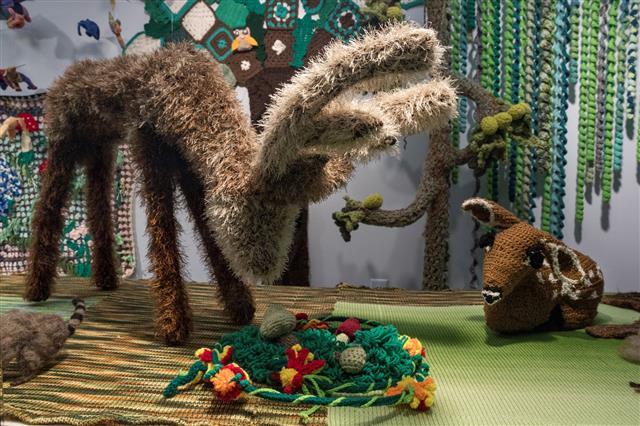 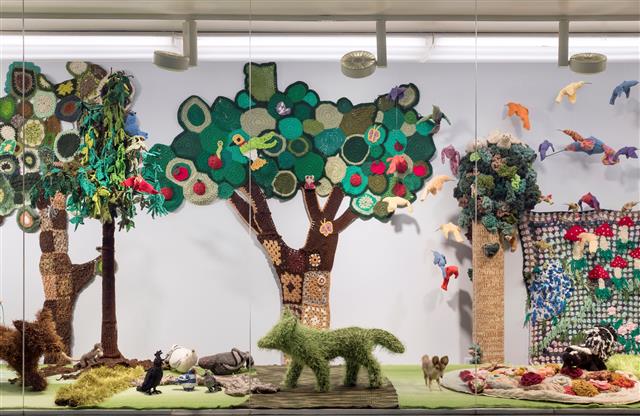 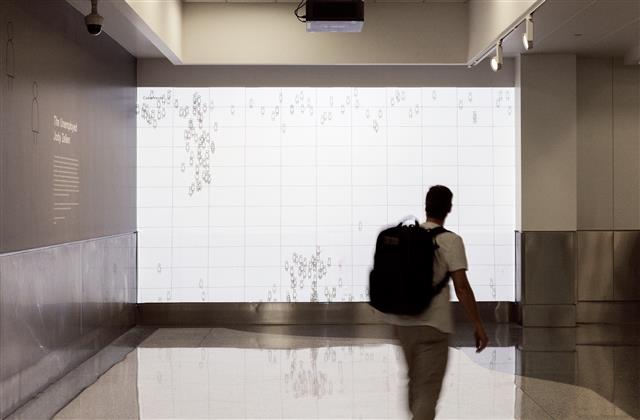 “The Unemployed” by Jody Zellen

Artist Jody Zellen's data visualization, titled "The Unemployed," is a three-part work repurposing the numerical statistics of worldwide unemployment into a dynamic interactive installation where animated figures represent the percentage of unemployed in various countries around the world. The installation is open to the public in Terminal 6 on the Departures Level through September 2019.

“The Unemployed” is a site-specific installation that features a large-scale, interactive digital projection, four video monitors and a free iOS app. Using data culled from online sources that list unemployment rates for over 200 countries, Zellen depicts this numerical information as animated figures, creating an alternative way to visualize these statistics.

Zellen’s research showed that the number and rate of unemployed varies dramatically from country to country. For this interactive installation, Zellen created a software program that randomly cycles through the unemployment data of the different countries and, for each country, depicts an array of figures made of simple lines moving within a grid on the wall. As passersby move through the space, their silhouettes are projected onto the wall and transformed into a presence consisting of the ambling figures.

By placing the viewer’s form amongst the jobless figures, Zellen offers viewers a different way to contemplate the presence of the unemployed. On the monitors, the jobless are represented as animated figures moving within the outline of their country. The clusters of figures in both these presentations metaphorically become an available labor force, as well as the visible presence of the jobless.

“I am excited to present this work at LAX as it is a unique opportunity to engage travelers coming from different countries on this global issue,” Zellen said.

This is the LAX Art Program’s first interactive installation, and Zellen has created a work that engages the public in myriad ways.

While "The Unemployed" can be viewed in Terminal 6 on the Departures Level, it can also be downloaded for free and enjoyed on iPhones and iPads, as a way to continue the viewing of the project past the experience in the terminal. Click here to access the app. 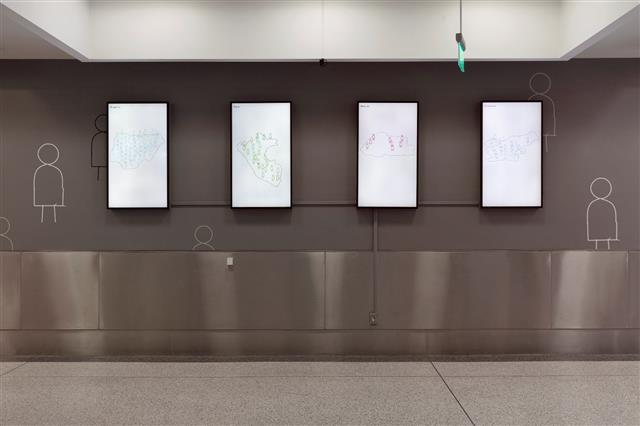 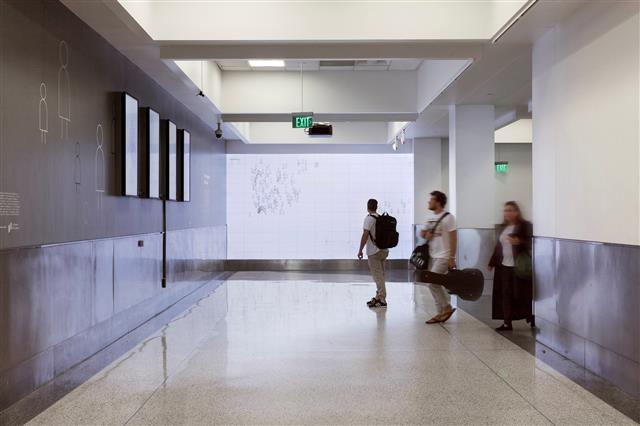