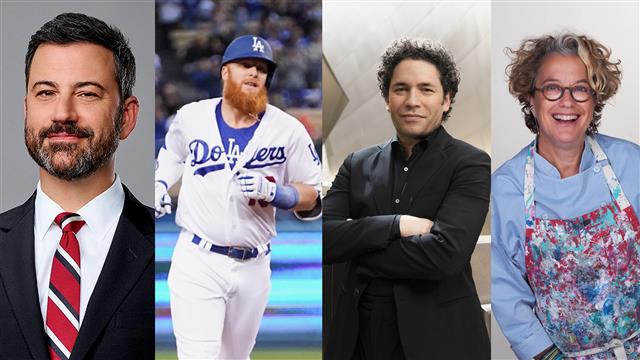 (Los Angeles, CA) Famous voices are now welcoming millions of people to Los Angeles International Airport (LAX). Beginning today, guests at LAX will be greeted at the terminals with welcome messages. These “Voices of Los Angeles” include local entertainers, sports figures, musicians, actors, chefs and other celebrity voices that echo the spirit of Los Angeles.

“Los Angeles is globally recognized as the entertainment capital of the world, offering the best in movies, television, sports, music, food and culture,” said Deborah Flint, CEO, Los Angeles World Airports (LAWA). “We continue to put the L.A. in LAX by offering our guests immersive experiences – from fashion shows to performances by local musicians and artists – so we are excited to begin welcoming tens of millions of people with voices of iconic, local personalities.”

The first group of voices include:

The messages, which will rotate throughout the day and be replaced on a regular basis with new voices, will play on the overhead announcement system at the curb and inside each terminal. The messages will identify each speaker and welcome travelers to LAX and the City of Los Angeles.

Additional Voices of Los Angeles will be announced as they are included in the rotation.