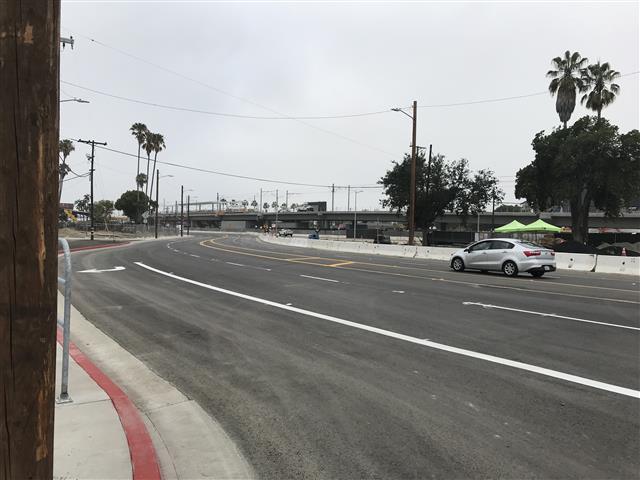 The 'shoofly road opened to vehicles and pedestrians on Monday morning.

(Los Angeles, CA) Today, as part of its Landside Access Modernization Program (LAMP) to transform how people access Los Angeles International Airport (LAX), Los Angeles World Airports (LAWA) officially opened to vehicle use an auxiliary road called a “shoofly” on Aviation Boulevard between Arbor Vitae Street and Century Boulevard. The shoofly, one of several enabling projects that are preparing LAX and the surrounding streets for heavy construction, will allow the flow of traffic between Century Boulevard and Arbor Vitae Street to be maintained during construction of the future extension of 98th Street.

Currently ending at Bellanca Avenue, 98th Street will extend to the 405 Freeway once completed in 2023, providing easy access to the new Consolidated Rent-A-Car Facility and on and off-ramps of the freeway. This roadway extension is one of a number of major roadway improvements LAX is undertaking as part of the $5.5 billion modernization project.

“Opening the shoofly road was a collaborative effort between Los Angeles World Airports, our contractors and multiple city entities, including the Board of Public Works,” said Dan McKelvie, Project Manager, LAWA Utilities and LAMP Enabling Project (LULEP). “There is much more work to do, but this project’s completion is a major step toward extending 98th Street to the 405 Freeway and creating new access points to LAX.”

The building of an entirely new roadway to detour around the impacted area surpasses typical construction requirements. LAWA airport officials wanted to lessen the impacts of LAMP construction work on guests, airport employees and the surrounding community.

The map above shows the Aviation Boulevard 'shoofly' or detour road, which will allow through traffic between Arbor Vitae Street and Century Boulevard during construction of the 98th Street extension.

The extension of 98th Street will run from Bellanca Avenue, under the Metro rail lines and connect to the 405 Freeway. 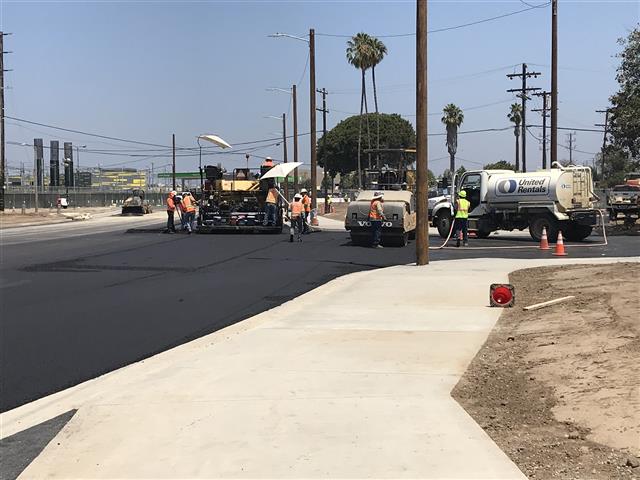 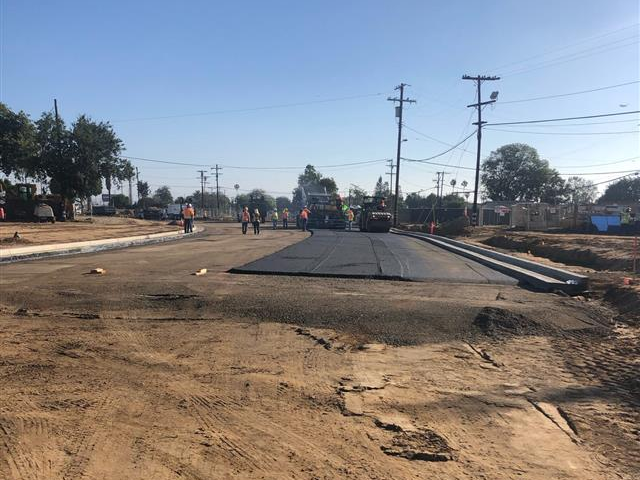 Paving of the 'shoofly' road. 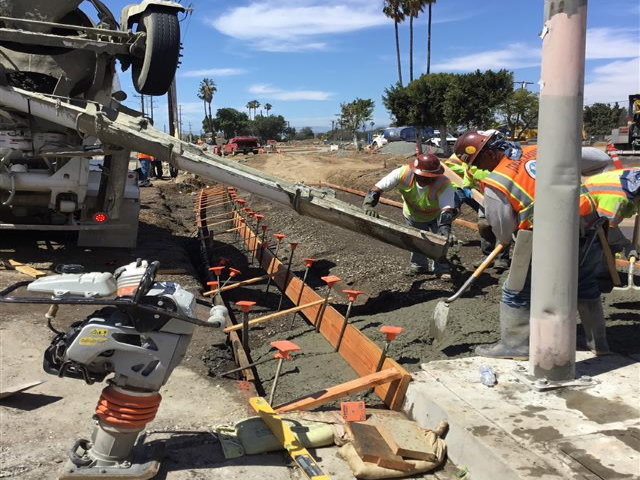 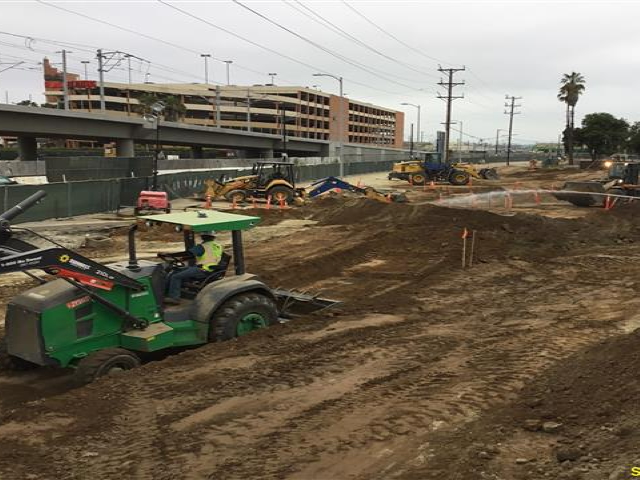 Pouring concrete for the sidewalks (l) and grading the area prior to paving (r).

With completion of the shoofly, LAWA can now begin several critical utility projects in preparation for future construction of the 98th Street extension. In order to facilitate the extension, Aviation Boulevard must be lowered approximately 15 feet under the Metro Crenshaw/LAX and Green lines, which means multiple underground utilities must be relocated ahead of time.

Several projects to relocate electricity underground have already been completed, while work to relocat a communications line, storm drain, sewer line, reclaimed water line and domestic water line will take place over the next year to allow the roadway extension work to begin.

For all construction impacts, renderings of the projects and more information on LAX’s modernization, visit FlyLAX.com/ConnectingLAX. Individuals can also subscribe to receive email updates online.