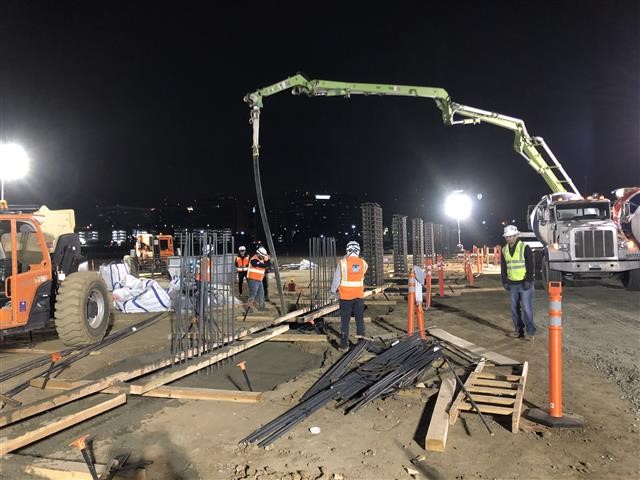 Workers for Swinerton, the design-builder for the ITF-West Facility, pouring the first concrete for the 1.7-million- square-foot structure.

(Los Angeles, CA) Los Angeles International Airport’s (LAX) future parking and mobility hub – the Intermodal Transportation Facility – West (ITF-West) – notched a significant milestone with the first foundation pour for the 1.7-million-square-foot facility, marking a new phase in construction for the facility. ITF-West will provide much needed pick-up/drop-off locations and parking options outside of the airport’s Central Terminal Area (CTA) when it opens in 2021 and then reaches full optimization with connection to the new Automated People Mover train in 2023.

“With the ITF-West foundation pour, we have officially kicked off meaningful construction of this critical project for LAX’s modernization,” said Fadi Nassar, Los Angeles World Airports (LAWA) Project Manager, ITF-West. “The foundation work lays the roadmap for construction, and we look forward to many more milestones on the way to opening in 2021.”

The ITF-West is a four-story parking structure and mobility hub located between Westchester Parkway and 96th Street. Opening in 2021, the facility will feature approximately 4,300 parking stalls, valet parking services, meet and greet space and smart parking capabilities that will let guests know how many spaces are left on each level of the structure. A shuttle will provide access to and from the CTA when ITF-West opens in 2021. In 2023, when the Automated People Mover (APM) train system is operational, the ITF-West will feature direct connection to the APM station via two pedestrian bridges.

The ITF-West is one of the major components of LAX’s Landside Access Modernization Program (LAMP), which includes the 2.25 mile APM elevated train system with six stations total – three inside the Central Terminal Area (CTA) and three outside, as well as a Consolidated Rent-A-Car Facility and roadway improvements.

For more information on the future of LAX, visit FLYLAX.com/ConnectingLAX. 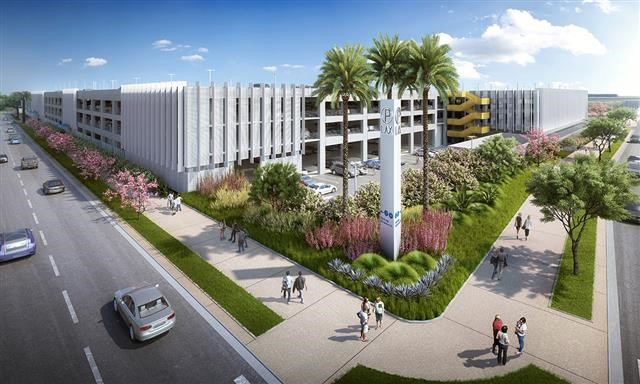 The ITF-West, located between 96th Street and Westchester Parkway, will open in 2021 with approximately 4,300 new parking stalls.