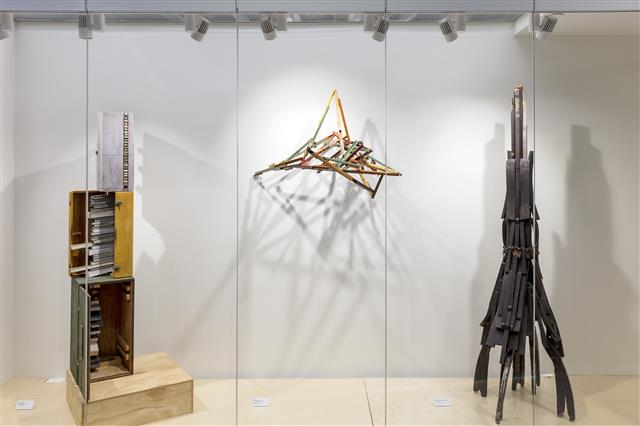 (Los Angeles, CA)Los Angeles World Airports (LAWA), in partnership with the City of Los Angeles Department of Cultural Affairs, announces a new group art exhibition titled re:Iterative in Terminal 1 at Los Angeles International Airport (LAX). The exhibit presents five Los Angeles-based artists who produce work in multiple forms, with a core idea generating each “iteration” of their varied practice. re:Iterative marks the inaugural presentation in the new exhibition space located on the path to Gate 9 on the Departures Level of Terminal 1, and is on view for ticketed passengers.

"At LAX, our artprogram allows us to highlight and celebrate the diversity of Los Angeles through a universal language of design, color, and imagination," said Barbara Yamamoto, Chief Experience Officer, LAWA. "re:Iterative draws upon the various cultural and creative backgrounds of local artists to create engaging dialogue among travelers at our airport."

Artist John O'Brien was selected as curator through a competitive Request for Proposal (RFP)process managed by LAWA and the Department of Cultural Affairs, which collaborated with LAWA and O'Brien on the overall curatorial objectives for the exhibition.

Curator John O'Brien said, “I am interested in examining the act of re-elaborating an idea or thought repeatedly, in an attempt to hone in on its meaning. re:Iterative brings together artists who share this approach to art making."

"As our guests travel through LAX, we want to provide them with something that may surprise them, make them think, or capture their imagination throughart," said Sarah Cifarelli, Art Program Manager, LAWA. "Like all of our art exhibits at LAX, re:Iterative, was created for this specific space andour unique airport environment,with thehope that it will delight and challenge those who view it, and make theirLAX experienceeven more exceptional."

Often an artist will do a sketch of various sorts, such as drawing, as a way of previewing a sculpture, preparing for a painting, or for creating a document after an art object is completed. In these scenarios, the two iterations of the artist’s idea are mutually supportive without being subordinated one to the other. The diverse ways in which the vision of each artist is accomplished is meant to stand alone even as it converses with its other manifestation.

For instance, artist j.frede presents a series of photographs of furniture. Through the process of reiteration, a bench, first featured in a photograph, becomes an abstract sculpture whose original identity is only revealed through its name: Bench (from the Reduction Series).

"The works in re:Iterative show that the process of thinking through a nucleus of ideas or sensations over and over again is the work of art,” said O'Brien.

The exhibit will beon viewfor ticketed passengers traveling through Terminal 1until August 2018. It is part of the LAX Art Program,whose mission itis to enhance and humanize the travel experience by providing diverse and memorable art experiences throughout the airport.The Art Program includes temporary exhibitions, permanent installations, and cultural performances. With an emphasis on local and regional artists, the Art Program provides access to an array of contemporary artworks that reflect and celebrate the region’s creative caliber. 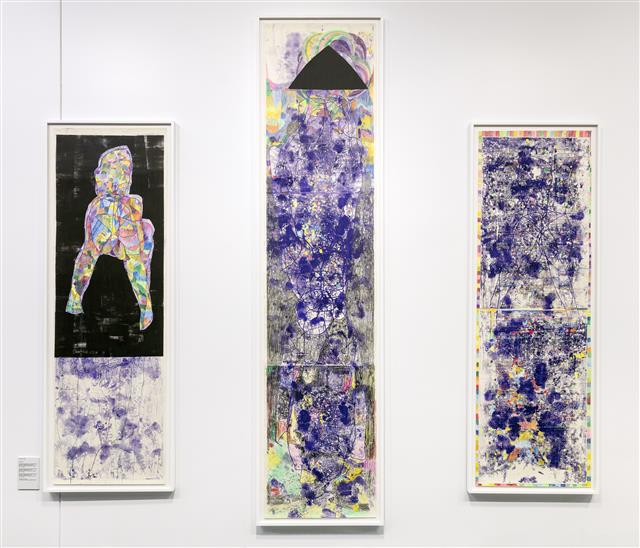 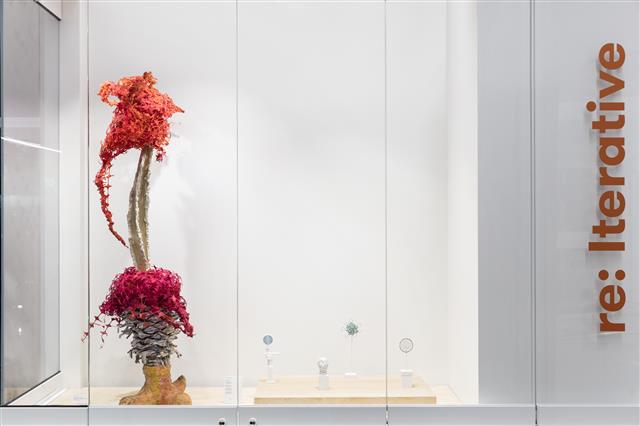 About the LAX Art Program

The mission of the LAX Art Program is to enhance and humanize the travel experience by providing diverse and memorable art experiences throughout the airport. The Art Program includes temporary exhibitions, permanent installations, and cultural performances. With an emphasis on local and regional artists, the Art Program provides access to an array of contemporary artworks that reflect and celebrate the region’s creative caliber. For additional information, please visit flylax.com.

LAX is the fifth busiest airport in the world, second in the United States, and was named Skytrax’ 2017 Top 10 Most Improved Airports. LAX served more than 80.9 million passengers in 2016. LAX offers 742 daily nonstop flights to 101 cities in the U.S. and 1,280 weekly nonstop flights to 77 cities in 42 countries on 64 commercial air carriers. LAX ranks 14th in the world and fifth in the U.S. in air cargo tonnage processed, with more than 2.2 million tons of air cargo valued at over $101.4 billion. LAX handled 697,138 operations (landings and takeoffs) in 2016.

LAX is part of a system of two Southern California airports – along with Van Nuys general aviation – that are owned and operated by Los Angeles World Airports, a proprietary department of the City of Los Angeles that receives no funding from the City’s general fund.

www.YouTube.com/laxairport1. Information about LAX’s ongoing multi-billion- dollar LAX Modernization Program, as well as tips and shortcuts to help navigate LAX during construction, are available at www.LAXisHappening.com.