(Los Angeles, CA) One year ago this week, more than 250 guests joined Mayor Eric Garcetti and officials from the city and Los Angeles World Airports (LAWA) to break ground on the $1.6-billion Midfield Satellite Concourse and an associated baggage handling project at Los Angeles International Airport (LAX). Fast forward 12 months, and the progress already made on the 750,000-square-foot building has been substantial. Installation of structural steel began early last summer, and the framework of the new building extends across the entire northern portion of the concourse, with work to begin on the building’s core and a small south component later this spring. Sections of the roof have already been installed, escalator installations have begun, and concrete placed to form the concourse’s floors. Large glass panels are also in place on the north side of the building. 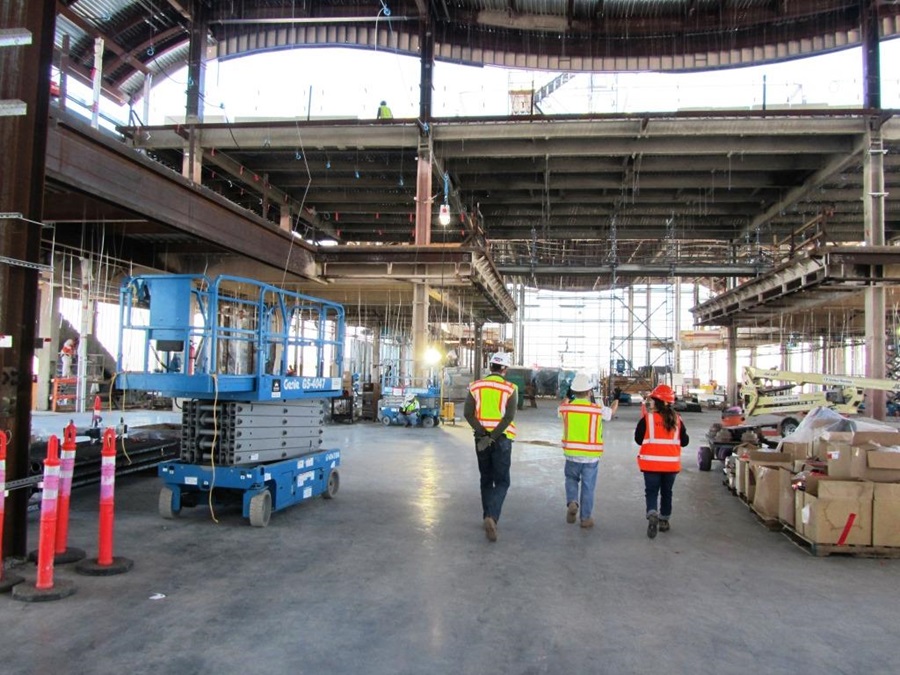 “We are excited and impressed to see how quickly our new international concourse has taken shape, and look forward to its opening in approximately two years,” said LAWA Chief Development Officer Bob Gilbert. “This 12- gate addition, which will feature a modern design that complements the Tom Bradley International Terminal, is another step in reimagining LAX and helping create the Gold-Standard airport the city of Los Angeles deserves.” Two tunnels that will connect the new building to the Tom Bradley International Terminal – one for guests and one for equipment – are also well on their way to completion.Because the tunnels will travel under the taxiways between the buildings, they are being built in two segments. The first segments, under Taxiway T, have been completed, and the taxiway is being rebuilt. Once that work is completed, attention can be turned to building the tunnels under Taxiway S. Construction has begun on the passenger tunnel interface at the Tom Bradley International Terminal, which will include the elevators and escalators to access the passenger tunnel. While the concourse, which includes space for airline clubs and additional concessions, is the centerpiece of the project, several other components will also play a role in improving the guest experience, including the expansion of the baggage handling capacity at the Tom Bradley International Terminal. The new state-of-the-art system that will come online in 2020 will allow the processing of more than 6,000 bags an hour. 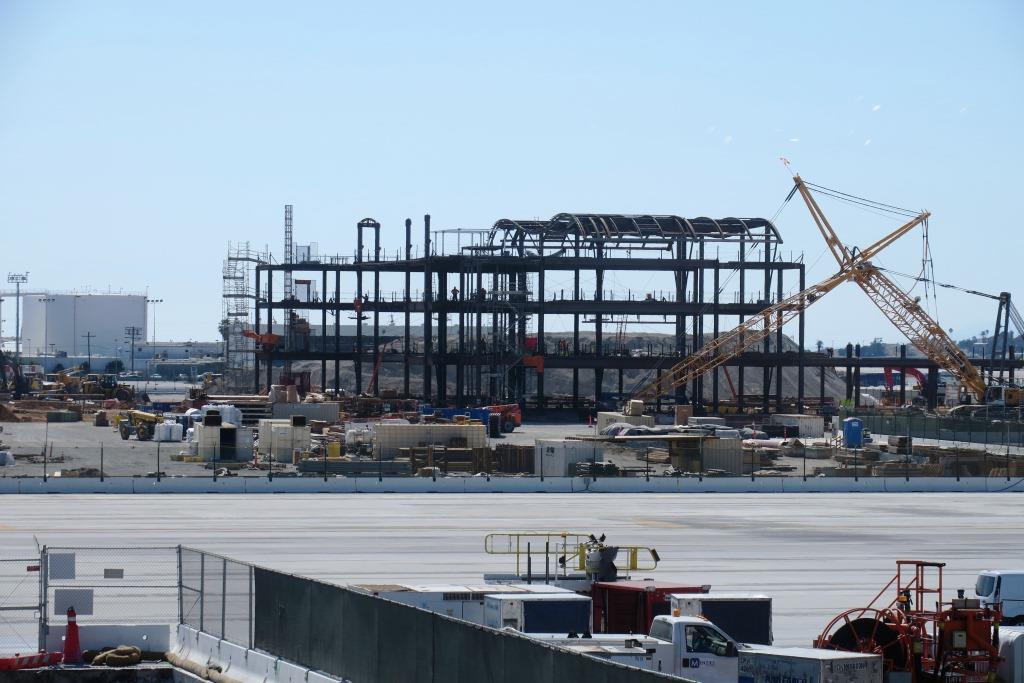 By the end of July 2017, the northernmost portion of the Midfield Satellite Concourse was taking shape. 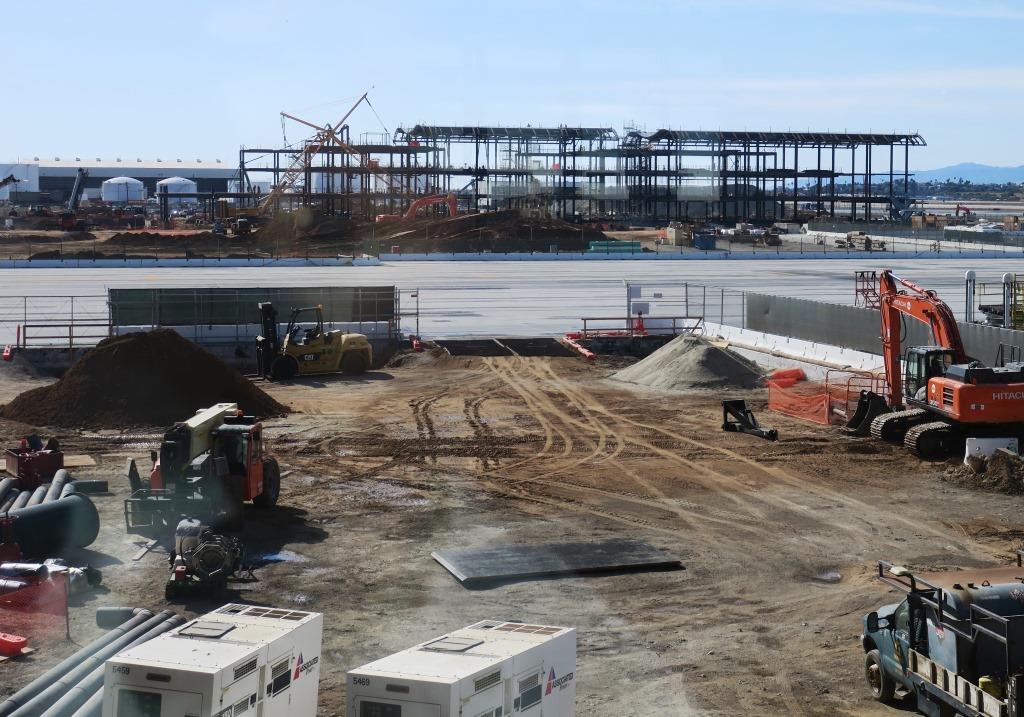 Just two months later, In September 2017, the footprint of the structural steel had more than doubled. 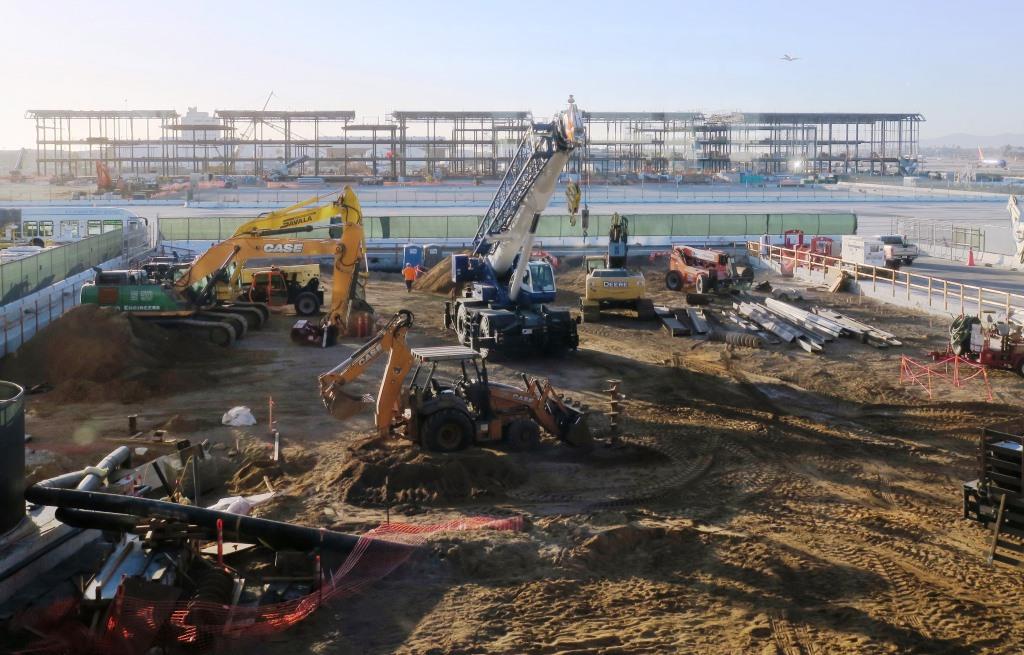 By the end of November 2017, the framework of the new building continued further south.