In 2004, the City of Los Angeles approved the LAX Master Plan and related entitlements for the future development of LAX. The LAX Master Plan provides the first major new facilities for, and improvements to, the airport since 1984, and plans to accommodate projected growth in passengers and cargo at LAX through the year 2015. The LAX Master Plan serves as a broad policy statement regarding the conceptual strategic planning framework for future improvements at LAX and as a working guideline to be consulted by LAWA as it formulates and processes site-specific projects under the LAX Master Plan program. The LAX Master Plan provides for the modernization of the runway and taxiway system, redevelopment of the terminal area, improvement of access to the airport, and enhancement of passenger safety, security, and convenience. At the same time, the City adopted the LAX Specific Plan, which is the guiding regulatory document for Master Plan implementation. A number of lawsuits were filed challenging these actions. Pursuant to the settlement of those lawsuits in February 2006, and in accordance with the LAX Specific Plan, Los Angeles World Airports (LAWA) initiated the current Specific Plan Amendment Study which, among other things, will identify and evaluate potential alternatives to the so-called “Yellow Light Projects” – projects that were previously analyzed as part of the LAX Master Plan Program and identified as requiring further evaluation prior to implementation.

What is the Specific Plan Amendment Study?

The Specific Plan Amendment Study, or SPAS involves the EIR and the SPAS Report and identifies and evaluates potential alternatives to the projects which were previously analyzed as part of the LAX Master Plan Program required further evaluation prior to implementation. For that reason, these projects are called “Yellow Light Projects.” 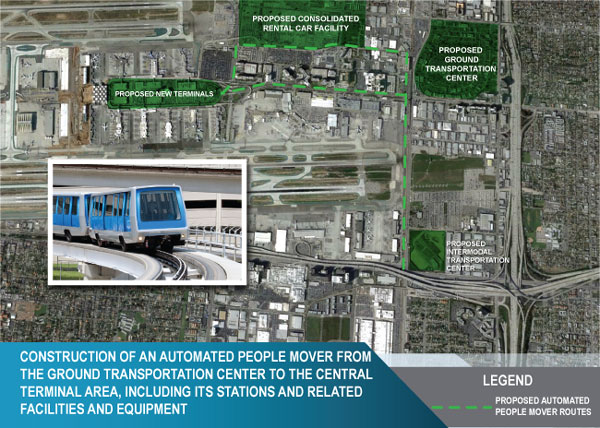 In light of recent information and events, including a study on the safety of LAX North Airfield, the FAA and City response to the safety study, property acquisitions by LAWA, further analysis of the ground transportation system by LAWA, and updates to Los Angeles County mass transit plans, LAWA has developed various options for potential alternative designs, technologies, and configurations to the Yellow Lights Projects.

While the Specific Plan Amendment Study is underway, LAWA is moving forward with the remaining approved portions of the LAX Master Plan as well as other critical projects, including modernization of the Tom Bradley International Terminal (Terminal B) and gates, planning for the Midfield Satellite Concourse, further improvements to passenger terminals, a new central utility plant, airfield pavement maintenance, and safety projects. More information on these projects can be found here.

As part of the Specific Plan Amendment Study and pursuant to a 2006 settlement agreement between LAWA and parties who had challenged approval of the LAX Master Plan, LAWA initiated in 2006 a community based planning process and established an Advisory Committee, made up of LAWA staff and representatives of the entities that challenged the Master Plan. Based on input from the public, Advisory Committee, Board of Airport Commissioners, and FAA, in early 2008 LAWA identified several possible options to the Yellow Light Projects and issued a Notice of Preparation (NOP) of an Environmental Impact Report (EIR). Between 2007 and 2009, LAWA also initiated several North Airfield Safety Studies to estimate the level of future safety associated with several alternate configurations of the LAX North Airfield. Those studies were completed in early 2010 and informed the SPAS planning process. Subsequently, LAWA reconsidered and refined various options for the potential alternative designs, technologies and configurations to be evaluated in the SPAS and the SPAS EIR and issued a revised NOP in October 2010.

With the release of our EIR, LAWA is publishing two documents to inform the public about the analysis of the Yellow Light Projects. The EIR addresses LAWA’s analysis of the environmental impacts of each alternative, while the SPAS report goes into detail on how we reached the 9 alternatives under review.