Construction of the 2.25 mile Automated People Mover train guideway moves to a new phase above ground

The first columns for the Automated People Mover train guideway are now in place between
Parking Structures 1 & 7, which will help support the East Central Terminal Area Station.

“With the first columns rising above the Central Terminal Area, we can see a reimagined LAX taking shape,” said Justin Erbacci, Interim Chief Executive Officer, LAWA. “Now that we have gone vertical with our construction, we can experience that our transformation is underway, and we are excited to see the progress each and every day.”

Elevated approximately 68 feet above grade and spanning Center Way, East CTA Station will connect to Terminal 7 and Parking Structure 1 via elevated pedestrian bridges. From a dedicated viewing area located on the west end of the station, passengers can enjoy views of the Theme Building, an iconic example of Googie architecture, which is a style of futurist architecture that originated in Los Angeles. One of three stations located inside the CTA, the East CTA Station will be located just a short ride to the new Intermodal Transportation Facilities and the Consolidated Rent-A-Car (ConRAC) Facility.

The developer on the APM project, LAX Integrated Express Solutions (LINXS), began foundation work at the site in October 2019 with the construction of Cast-in-Drilled Hole (CIDH) piles. Following the completion of CIDH piles, construction of the columns began. To construct the columns, a crane lifts the steel reinforcement cage into place and concrete is then piped in to bring the construction to grade. Formwork is then erected around the reinforcement cage to prepare for the column’s concrete placement. Once the concrete has cured, the formwork is disassembled, leaving a finished column. 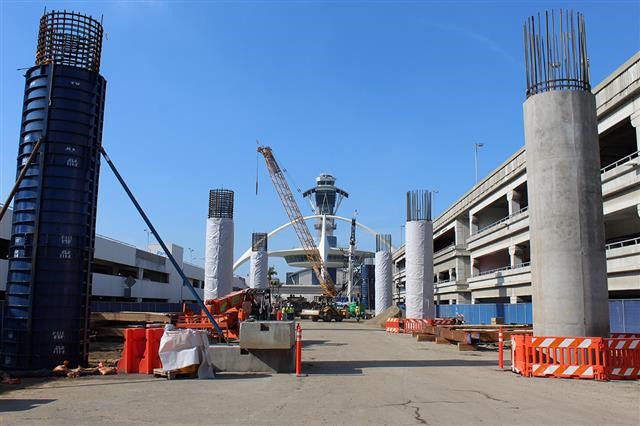 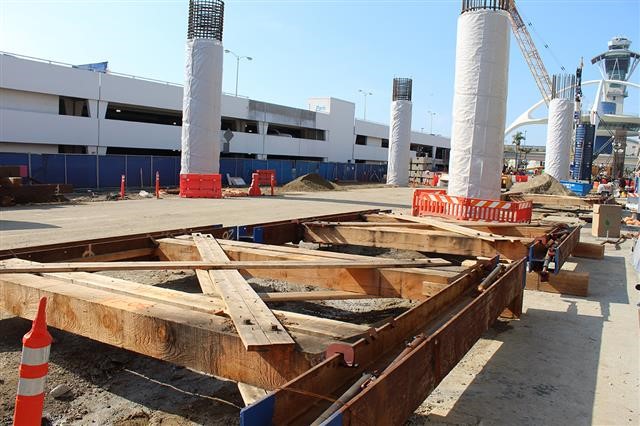 Columns for the Automated People Mover on Center Way between Parking Structures 1 and 7 (l); Falsework prior to being attached to the columns (r).

“For a project of this scale and magnitude, there is a tremendous amount of work that must be done before vertical construction starts,” said Sharon Gookin, Project Director at LINXS. “The completion of the first station columns is an exciting milestone for everyone working on the project.”

As columns are completed, falsework is being erected at the site. Falsework refers to a construction technique in which temporary structures are erected to support a permanent structure until its construction is sufficiently advanced to support itself. Constructed out of reusable and recyclable steel and lumber and designed to support up to 250,000 pounds, the APM falsework will support the formwork for the guideway as the concrete cures and reaches prescribed strength.

Click on the image below to learn more about falsework construction. 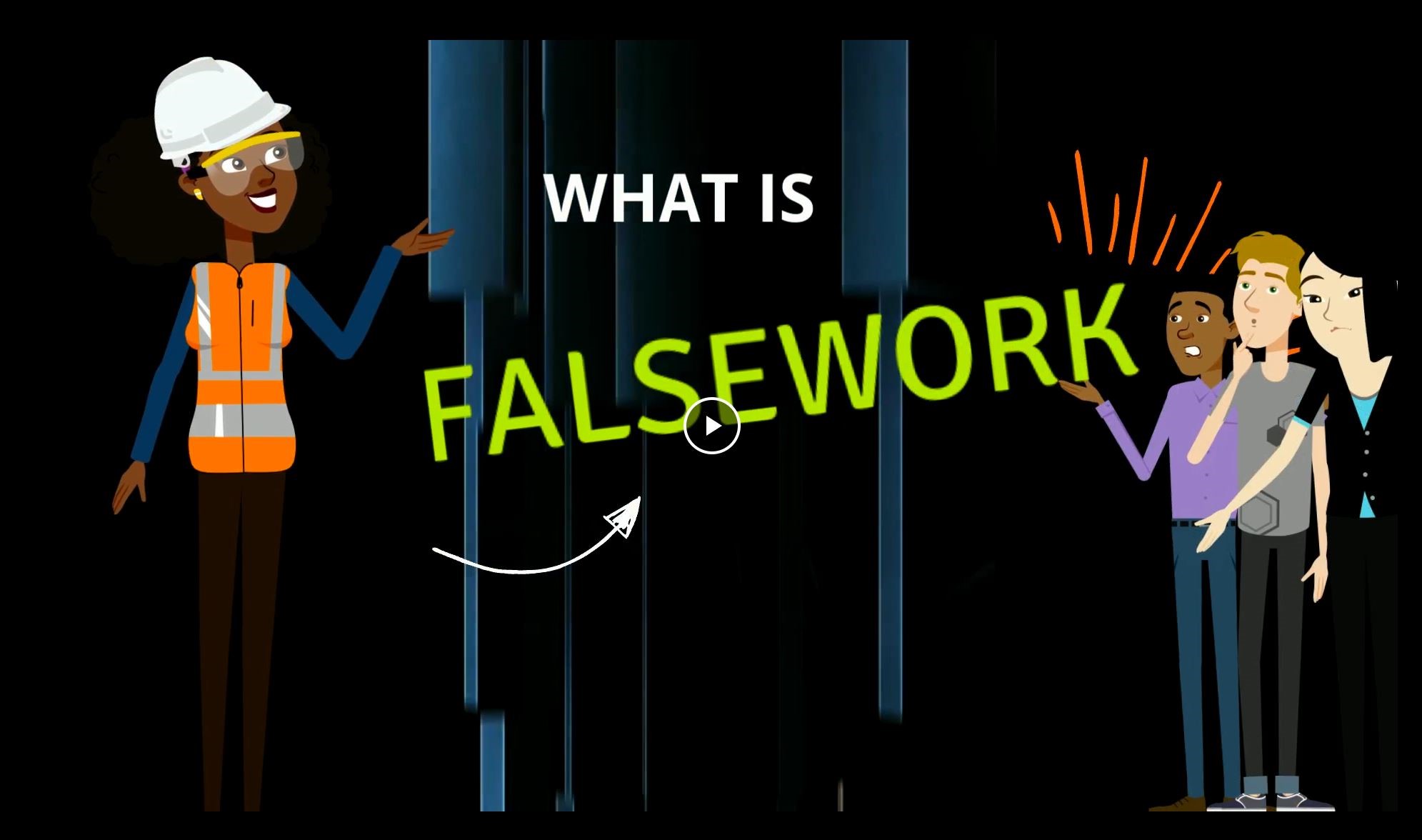 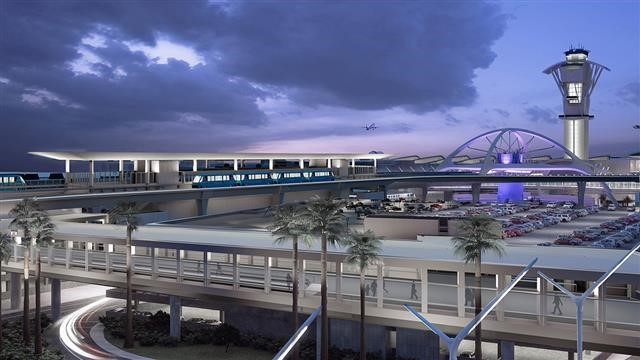