“For the first time in nearly 30 years, Angelenos can fly non-stop to Stockton," said Deborah Flint, Chief Executive Officer, Los Angeles World Airports. “Thanks to this new route, we are more connected than ever to the Central Valley, making for a trip for fun, family or business just a short plane ride away."

"There is no doubt that Stockton is seeing great expansion and as the airline that connects California, I am proud to see United create more economic development to the Central Valley,” said Janet Lamkin, United California President and a Stockton native. “In connecting Stockton to Los Angeles, not only do we connect Stocktonians to the nation’s second largest city, but we also open one stop connection to nearly 70 destinations around the world that we serve from LAX.”

At today's event Stockton-native and Get Caked L.A. Pancake Artist Jasmine Rezonable was cooking specially designed pancakes for airport guests. Powercat, the University of the Pacific's mascot, was also onsite at LAX, greeting airport guests before boarding the first flight from LAX to SCK.

SkyWest Airlines, one of United's Express partners, will operate the flight twice-daily as follows (all times local):

Passengers will experience convenient service aboard the Bombardier CRJ200. The flight schedule is intended to maximize connections to major cities in Central and Northern California, including Fresno, Sacramento, San Francisco, San Jose and Oakland. Stockton is also relatively short drive to Silicon Valley, Sacramento, and state treasures like Yosemite National Park and the Golden Gate Bridge in San Francisco

For more information or to book a flight, please visit united.com, download the United mobile app or call United Reservations at 800-UNITED-1 (800-864-8331). 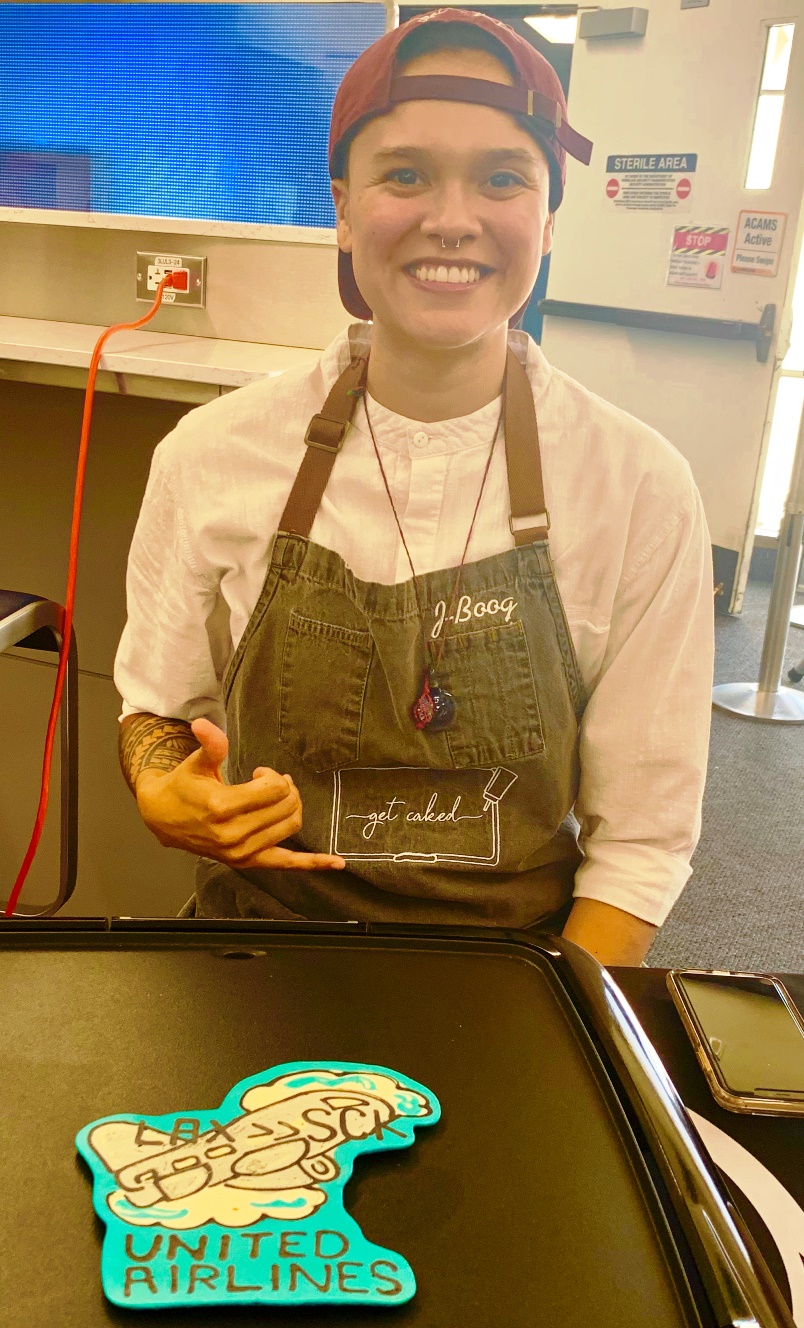