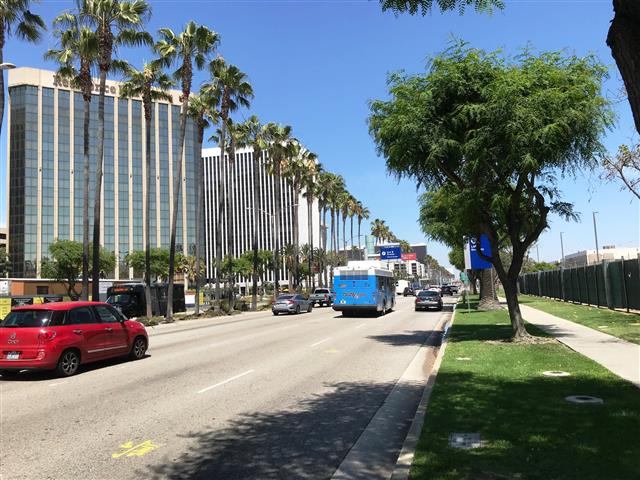 ACTIVITY:
Work to install a new Los Angeles Department of Water and Power ductbank for the United Airlines East Aircraft Maintenance Hangar project will require the closure of up to two lanes in each direction on Century Boulevard between Airport Boulevard and Avion Drive, east of LAX.

IMPACTS: A maximum of two eastbound and two westbound lanes will be closed between Airport Boulevard and Avion Drive. At least two lanes will remain open in each direction. Guests and employees should allow extra time and/or use alternative routes to enter or exit LAX during the work hours. 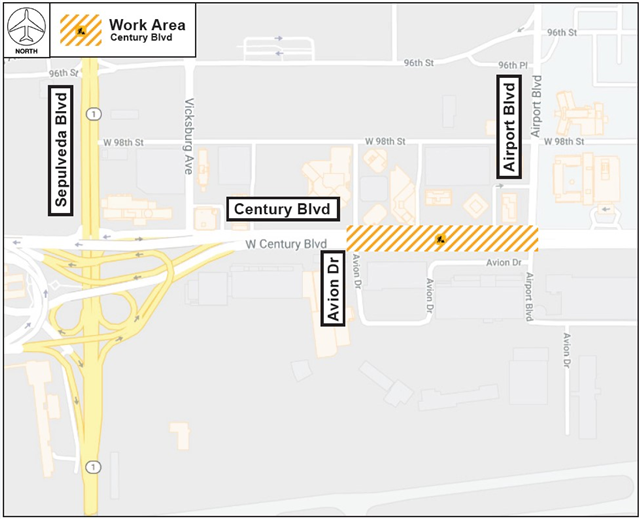