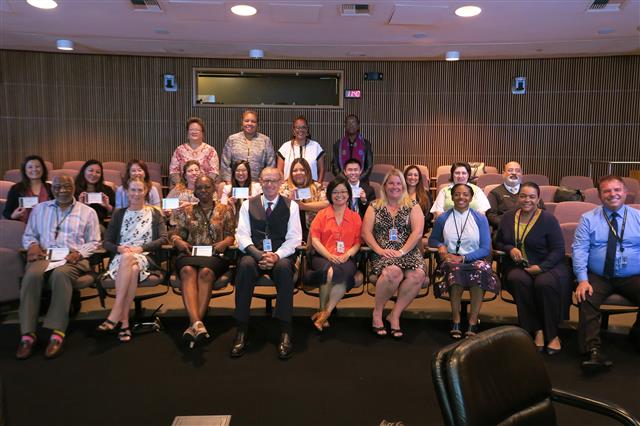 (Los Angeles, CA) A first-of-its-kind program that teaches hospitality skills that can be applied to the unique operating environment of a 24/7 airport graduated its first class of staff from Los Angeles International Airport (LAX) today.

Cornell University and LAWA partnered to create the innovative curriculum, which combines online learning and in-person instruction as part of the eCornell Service Excellence On-Demand Training. The program provided airport staff who interact the most with travelers and customers with training and tools necessary to create exceptional guest experiences. The first class of graduates included approximately 50 LAX employees from Operations, Guest Services Division and the Guest Experience Team.

“The team members that support the LAX guest experience work in dynamic, demanding environments with countless passengers each day," said Elizabeth Martyn; Senior Project Manager, Online Learning and Collaborative Programs; Cornell School of Hotel Administration, who led the course virtually and in-person. "It was an honor to provide them with training that will not only enhance the traveler experience, but gives these dedicated team members even more tools to drive service excellence.”

Cornell University’s Hotel School is a world leader in hospitality management, making the partnership with LAX a natural fit as the airport aims to adopt a hospitality mindset throughout the passenger journey. LAX was the first airport to partner with Cornell University for this training.