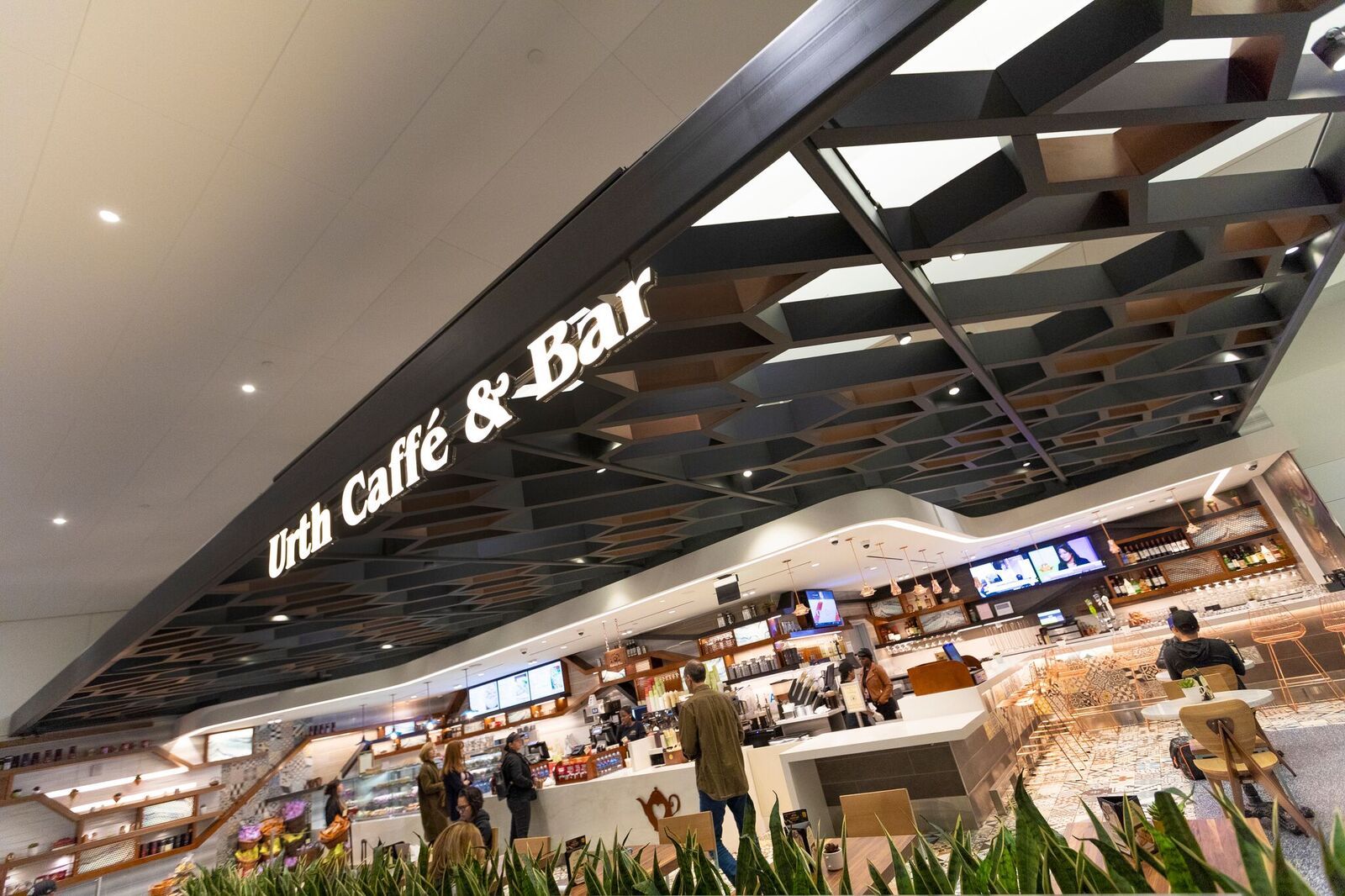 Urth Caffé in Terminal 1 at Los Angeles International Airport has been named Best Airport Coffee Shop of the Year.


(Los Angeles, CA) – Urth Caffé & Bar, which is located in Los Angeles International Airport’s (LAX) Terminal 1 and managed by Areas, has been named the Best Airport Coffee, Tea, Non-alcoholic Beverage Outlet of the Year at The Moodie Davitt Report’s 2019 Airport Food & Beverage Conference & Awards (FAB). The international FAB Awards honor the best in the airport food and beverage industry who are championing innovation and excellence.

“With a world-class destination as enticing as Los Angeles, we are not only committed to building an airport of the future, but also to creating exceptional facilities and experiences for our guests that offer a taste of L.A.,” said Jeffrey Utterback, Deputy Executive Director for Commercial Development, LAWA. “We are pleased that a local L.A. favorite, Urth Caffé has been recognized as one of the best airport coffee concessions in the world. This award is another indication that LAX’s transformation continues to wow our guests.”

Urth Caffé was founded over 25 years ago by Jilla and Shallom Berkman and currently has eight locations in Southern California, including a location at LAX which opened last year and was formally unveiled with the rest of the recently renovated Terminal 1, where Southwest Airlines is located.

"Urth Caffé is honored to be at LAX Terminal 1. We are also pleased to be a leading pioneer of healthy, sustainable travel at the airport by being the first to serve The Traveler's Blend, a certified organically grown, heirloom coffee blend," said Shallom Berkman, founder of Urth Caffé. "We are excited to be recognized as offering the best airport coffee location. We will continue to offer exclusive, highest quality, organic and cutting-edge coffee, teas, breakfast & lunch menu, and fine desserts."

The LAX Urth Caffé location is managed by operating partner Areas, a food and beverage and travel retail company.

"It is a joy to be able to bring an iconic local brand to our guests,” said Sergio Rodriguez, CEO of Areas in the U.S. “Our strong partnership with Urth Caffé has produced an impressive offer to LAX travelers featuring superior quality, organic coffee, teas, and specialty beverages. This brand brings a healthy and unique approach to its coffee shop fare of fresh pastries, sandwiches and salads. These, along with our great service, deliver a sense of place and a noteworthy concept."

LAX is the fourth-busiest airport in the world and the second-busiest in the United States, and is currently in the midst of a $14 billion capital improvement program that will ease traffic congestion and improve the guest experience, and is responsive to and mindful of the wellbeing of its neighboring communities. This award is another example of how LAWA is committed to providing world-class customer service at LAX.