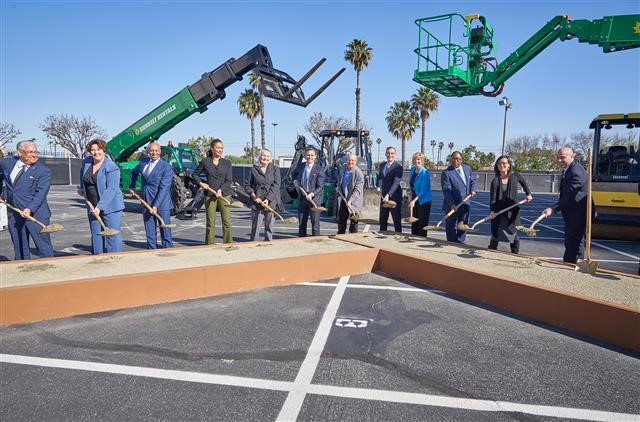 The $4.9 billion contract to build the Automated People Mover is the largest contract ever awarded in City history and is expected to create more than 2,000 construction jobs

“Everyone traveling to or from LAX should have access to modern, reliable public transportation that gets them to their destination on time,” said Mayor Eric Garcetti. “The Automated People Mover is a historic investment in our city’s transportation infrastructure — a milestone that will create middle-class jobs, reduce traffic congestion, and deliver a world-class experience for travelers.”

Since taking office, Mayor Garcetti has guided forward a more than $14 billion transformation of LAX that began in 2009. Mayor Garcetti’s historic infrastructure investments have strengthened working families and the middle class. Under his leadership, unemployment has been cut in half and 212,000 new jobs have been created. Construction of the train is expected to create more than 2,000 jobs.

The train is the centerpiece of the Landside Access Modernization Program (LAMP), which also includes a Consolidated Rent-A-Car (ConRAC) facility and associated roadway improvements. Once completed in 2023, the APM will connect with L.A. Metro's light rail system.

“Connecting Metro rail with the airport is going to be a game-changer — for travelers, and for the people I represent who live near LAX,” said Councilmember Mike Bonin. “This project will take cars off of the road and improve the passenger experience by giving people a convenient, fast, and viable alternative to driving. This is great for the traveling public, great for airport neighbors, and it's the next big step in moving Los Angeles and our airport forward.”

“Today Los Angeles celebrates a monumental stride forward for travelers, Angelenos, and LAX," said Councilmember Joe Buscaino. “The APM will transform transportation to and from our airport improving the experience for the 50 million visitors to and from Los Angeles every year. Continued investment in our airport will result in continued returns for our residents, local businesses and more.”

Convenience, reliability and accessibility are at the heart of the project. Trains will arrive every two minutes, have wide doors for easy access, large windows for viewing, and plenty of hand holds and seats for those in need. Station platforms are open air and will have escalators, elevators, and moving walkways for quick access to the terminals. The trains will relieve traffic congestion and are expected to serve 30 million travelers annually from 2023.

“The Board of Airport Commissioners is committed to creating a world-class airport for Los Angeles, delivered in an innovative, efficient and fiscally-responsible manner,” said Sean Burton, President, Los Angeles Board of Airport Commissioners. “Our automated people mover will be the centerpiece of our LAX modernization, and I am excited to help celebrate the start of major construction on this project.”

“As we put shovels in the ground for the Automated People Mover project, we now have within sight, the monumental transformation of LAX that will take shape over the next four years,” said Deborah Flint, CEO, LAWA. “Today, we celebrate this important milestone in the construction of our elevated train system, share our gratitude to our myriad partners who are making this project possible, and commit to delivering an exceptional project that will provide great benefit to our guests, the local community and the over 55,000 employees working at LAX.”

“This project, along with the other LAMP projects, is a big step toward modernizing infrastructure at Los Angeles International Airport and relieving significant surrounding surface transportation congestion. We are excited that the FAA’s work on the environmental assessment helped enable this project to move forward,” said FAA Deputy Associate Administrator for Airports Winsome Lenfert.

On April 11, 2018, a 30-year, $4.9 billion contract with LINXS, the developer of the APM, was unanimously approved by the Los Angeles City Council, marking the largest contract ever awarded in the City’s history. Since then, LINXS has focused on finalizing the design of the guideway, operations systems, and stations along the 2.25 mile path — work that now allows for the start of major construction on the project. Through this public-private partnership contracting model, LINXS is designing, building, and financing the project and is also responsible for operating and maintaining the trains and stations for a 30-year period.

“The LINXS consortium is proud to celebrate this meaningful milestone with our partner, LAWA,” said Gregory Amparano, LINXS Board Chair. “Together, we bring the combined international P3 expertise of our joint-venture partners and are excited to collaborate with LAWA on creating a world-class experience at LAX while we honor our commitment to provide local hiring opportunities to the Los Angeles workforce. I am pleased to share that LINXS has committed $115 million to-date in signed contracts to local, small and disabled veteran business subcontractors.”

“In our partnership with LAWA, we have made LA’s airport system a major generator of well-paying jobs for a skilled and trained workforce,” said Ron Miller, Executive Secretary of the Los Angeles/Orange Counties Building and Construction Trades Council. “These jobs are rooted in the community through our local hire targets and our outstanding Apprenticeship Readiness programs. To guide these members through their careers, we need an ongoing roster of projects, led by people who share our commitment. We have those partners in LAWA, and with the APM, we have a world-class project that will create more than 2,000 construction jobs.”

During the design and construction phases, LINXS has committed to 30% local hiring, which exceeds local hiring requirements, and together with LAWA is developing opportunities for local small businesses. LINXS has also agreed to place first-period apprentices from HireLAX and other pre-apprenticeship programs.

For more information on the LAMP project, visit FlyLAX.com/ConnectingLAX. 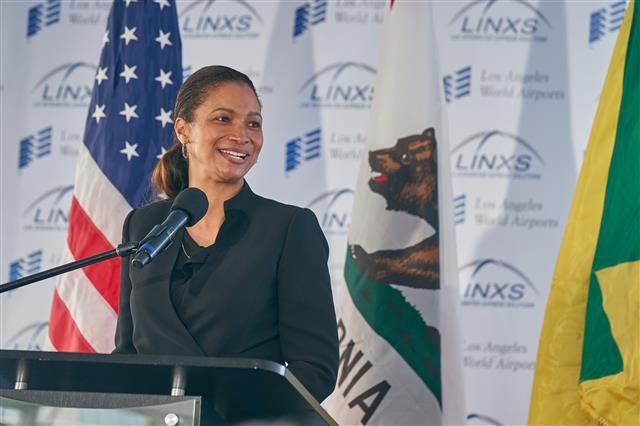 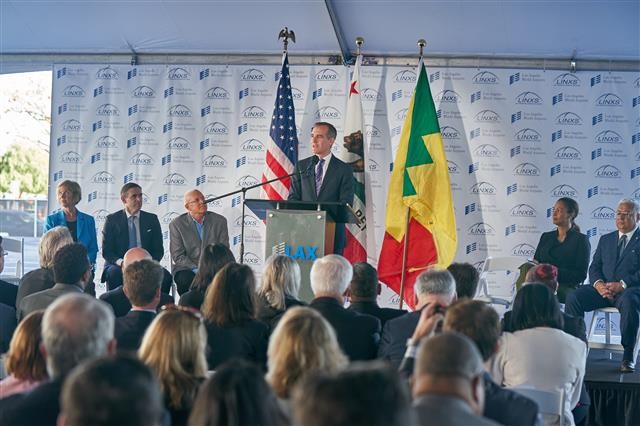 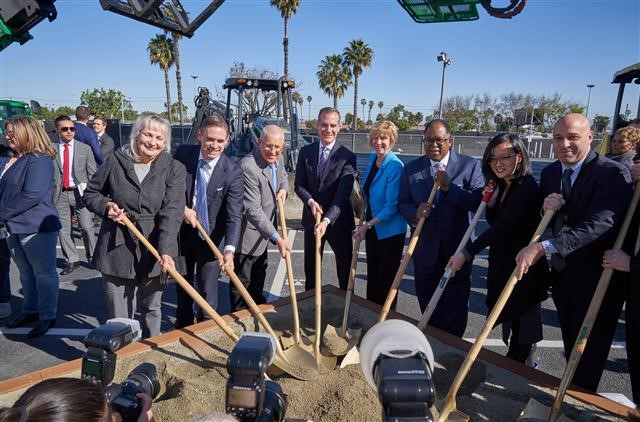 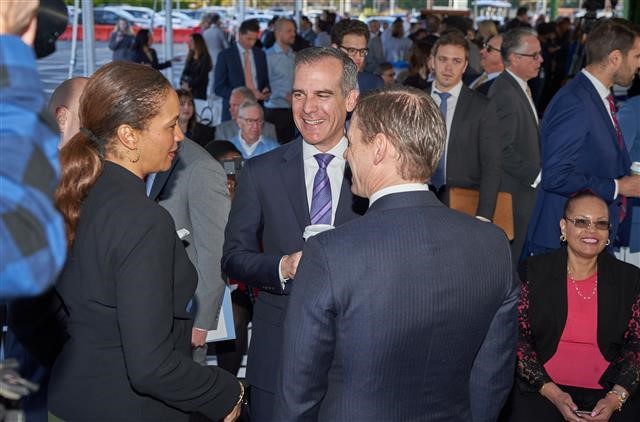