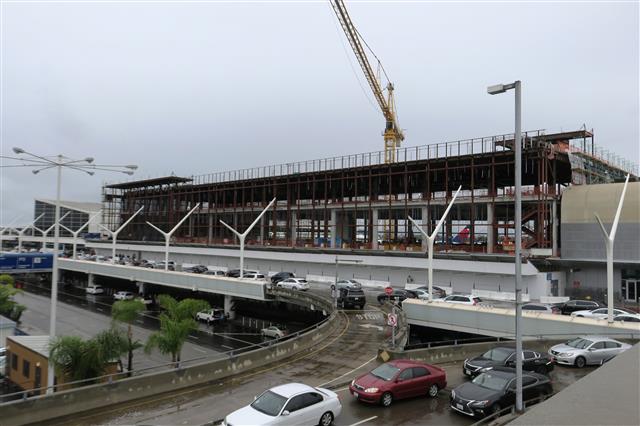 Work continues on Terminal 1.5, which will include space for additional ticket counters and baggage claim carousels, and connect Terminals 1 and 2 to the future Automated People Mover.

(Los Angeles, CA) Each month, Los Angeles World Airports (LAWA) shares updates on current and upcoming construction projects at Los Angeles International Airport (LAX). As the airport is in the midst of a multibillion-dollar modernization program, new projects are starting with regular frequency. This newsletter contains information about the status of projects within the terminals at LAX, as well as construction impacts to the airport roadways and the surrounding communities.

During the winter holiday travel period, which runs Dec. 20-Jan. 2, most construction work that reduces lanes within the Central Terminal Area (CTA) will be suspended. An interactive map that includes current construction projects can be found here: https://www.flylax.com/en/lax-traffic-and-ground-transportation/airport-construction-map. Click on the hard hats for more information about specific lane closures and construction projects.

With the opening of LAX-it, the taxi and ride app pickup lot, personal vehicles now must use the outer lanes on the Lower/Arrivals Level. No private vehicles are allowed on the inner lanes as they are reserved for LAWA-operated buses and shuttles. Guests who are using taxis or ride apps to leave LAX should follow walking signs or take the green LAX-it shuttle to the new location. Taxi and ride app drop-off continues at the terminal curbs on the Upper/Departures Level, where hotel and private parking lot shuttles now also pick up and drop off guests. Most other modes of ground transportation and private vehicles are picking up guests at the outer commercial islands on the Lower/Arrivals Level.

In addition, Little Century west of Sepulveda Boulevard is now closed to private vehicles. Only Lyft vehicles may use this access.

Earlier this year, LAX introduced the @FlyLAXstats Twitter feed, which provides frequently updated traffic and parking availability information. We encourage our guests to check current conditions before heading to the airport. 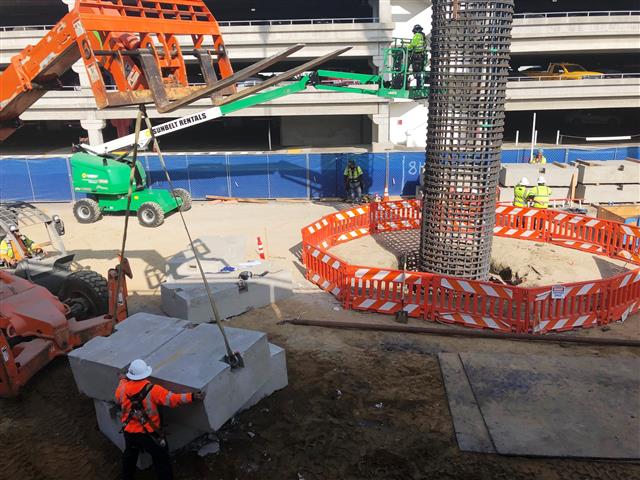 Roadway and Transit Impacts in the Central Terminal Area: 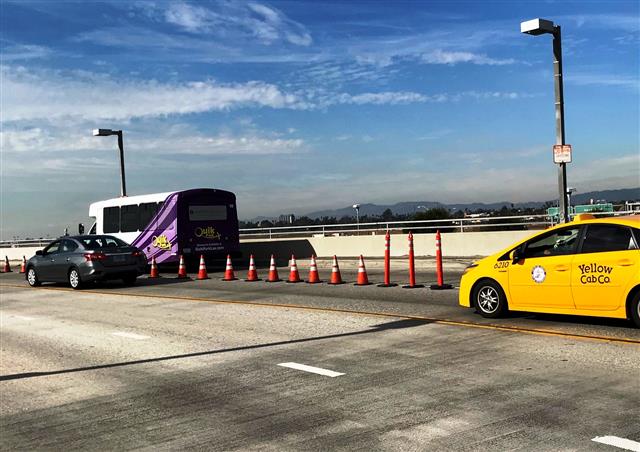 A new traffic pattern is in place on the 96th Street bridge, with vehicles headed to the CTA using the right lane, and taxis and ride app vehicles going to LAX-it in the left lane.

Spirit Airlines is scheduled to move its check-in counter in Terminal 5 from the area on the left to new positions on the right during the early morning hours on Dec. 4. 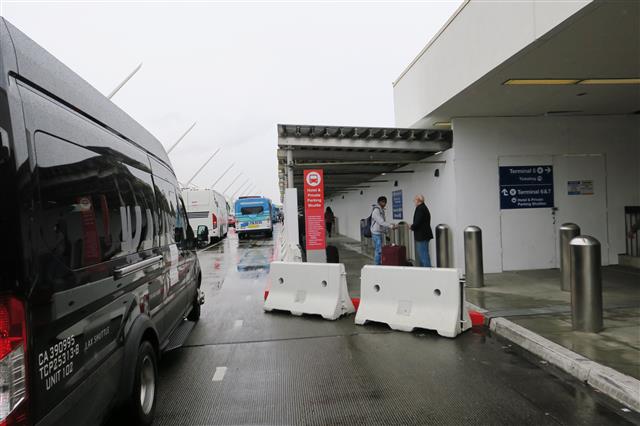 A temporary, covered walkway has opened between Terminals 5 and 6 on the Upper.Departures Level to accommodate guests during construction of a terminal vertical core.

Please note that all dates provided in this notice are subject to change. Up-to-date construction alerts showing roadway lane restrictions and sidewalk closures in the terminal loop, as well as a pedestrian walking map and helpful airline terminal finder, can be found at www.flyLAX.com. LAX also partners with Waze, the world’s largest community-based traffic reporting app, to provide enhanced information on conditions inside the airport and on nearby roadways.

Vehicles leaving Parking Structure 2B will use a termporary exit onto West Way while work takes place to demolish the bridge between P2a and P2b.