(Los Angeles, CA) As Sunday evening is Los Angeles International Airport’s (LAX) most heavily traveled period of the week, officials strongly urge travelers to prepare for the possibility of longer wait times. LAX is expecting nearly 54,000 passengers arriving 5 p.m. to midnight tonight, in contrast to fewer than 45,000 last night – an increase of 16.5%. As Los Angeles World Airports (LAWA) continues to streamline and improve the LAX-it process and experience five days after launch, travelers are encouraged to plan for longer waits than normal whether taking a taxi or ride app service at LAX-it. Guests are reminded that taxi and ride app drop-offs continue to take place at the terminals.

Airport officials continue to work closely with partners to ensure passengers can leave LAX as swiftly as possible and have seen improvement over the first week of LAX-it operations. Shuttles, on average, currently have a wait time of approximately 3-5 minutes, and a travel time of 10-15 minutes. Ride app wait times have seen a marked decrease from a high of more than 60 minutes to now a non-peak wait time of approximately 15 minutes. LAWA will be deploying additional shuttles and staff this evening in an effort to maintain these improvements, but travel times can be expected to increase, as they do throughout the airport environment, during the evening peak.

LAX-it is designed to mitigate traffic congestion during construction of the Automated People Mover train at LAX, which will result in closures of 30 percent of the inner curb in the CTA. In the first five days of operation of LAX-it, there were on average 13,000 fewer cars in the CTA than the previous week.

Officials will have support on-the-ground on Sunday evening to make adjustments in real time, but given the large influx of traffic, travelers are encouraged to anticipate longer wait times than average. Sunday is always the busiest day of the week for LAX, and it is expected that this first Sunday of LAX-it operations will be no exception. LAWA officials are doing everything possible to make the peak of the week as smooth as possible.

Please note that the wait time can vary tremendously between car services throughout the day, so guests planning to use ride app services should check their apps for projected wait time. LAX is also reporting approximate current wait time conditions at LAX-it by mode every 30-60 minutes on Twitter at @FlyLAXAirport, and travel rel="noopener noreferrer" times on Twitter at @FlyLAXstats. 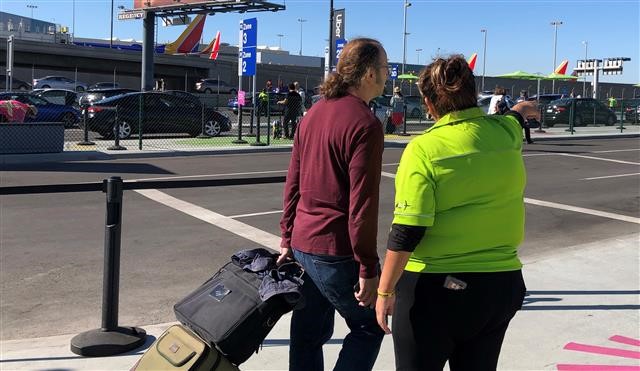 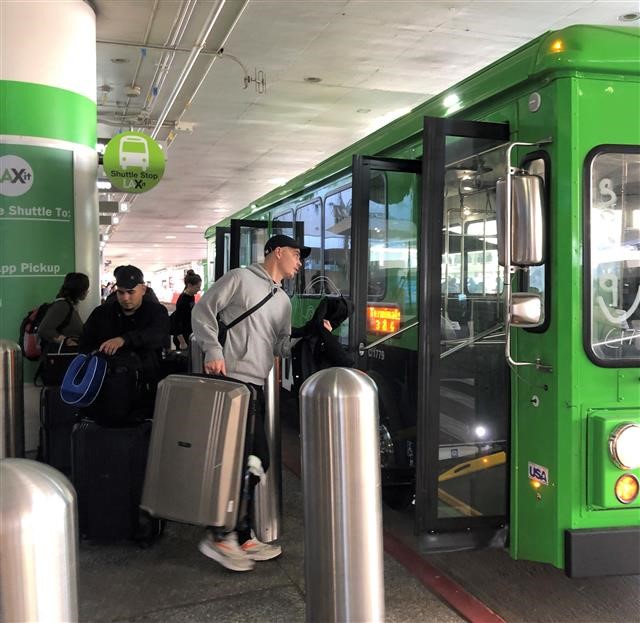