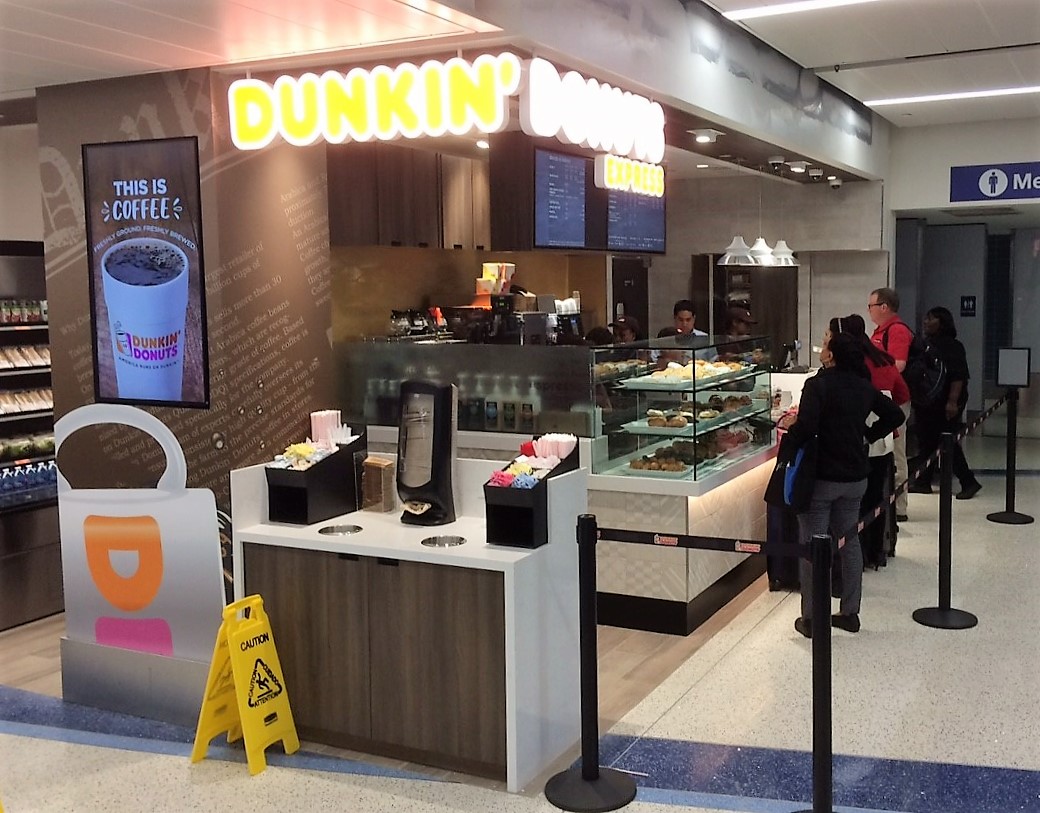 “Whether it’s the break of dawn, middle of the day or at the end of a long night, a great donut and cup of coffee always hits the spot, and now our guests have one more excellent option in that category,” said Barbara Yamamoto, Chief Experience Officer, LAWA. “LAX is incredibly excited to welcome our newest choice, Dunkin’ Donuts, to Terminal 7, and I know our guests – travelers and employees alike – will be flocking to the iconic shop to get their caffeine and sugar fix."

The almost 1,000 square foot space will be open from 3:30 AM to midnight. Guests will find their donuts, various coffees, and tea in addition to Munchkins, muffins, bagels, croissants, and DD’s 6 piece hash browns. It will also feature a grab and go section for the convenience of travelers pressed for time, where guests can choose from sandwiches and salads, and bottled beverages.

“Areas and Dunkin’ Donuts have a long history of providing fast and superior service to travelers for years. We are thrilled to open our second Dunkin’ Donuts at LAX, and continue to support their growth,” said Sergio Rodriguez, CEO of Areas in the United States. “It is the perfect choice to give our guests what they need while on the go.”

“Exciting things are happening at LAX,” said Patrick Cathcart, Areas Director of Operations at LAX, “and it is an honor to deliver exceptional and memorable experiences for the passengers of T7 with the addition of Dunkin’ Donuts.”

Dunkin’ Donuts is the first of two concepts opening in T7 this year. Ashland Hill, a Santa Monica based gastropub, will be opening in early June. 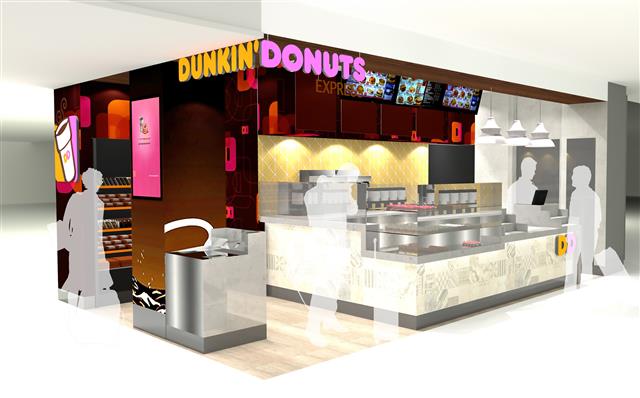 About Los Angeles International Airport (LAX)
LAX, the fifth busiest airport in the world and second in the United States, was named in Skytrax’ 2018 top 10 U.S. airports. LAX served more than 84.56 million passengers in 2017 and offers 737 daily nonstop flights to 100 cities in the U.S. and 1,386 weekly nonstop flights to 88 cities in 44 countries on 73 commercial air carriers. LAX ranks 14th in the world and fifth in the U.S. in air cargo tonnage processed, with more than 2.2 million tons of air cargo valued at over $101.4 billion. LAX handled 700,362 operations (landings and takeoffs) in 2017.

About Areas
Areas is one of the global leaders in the travel catering and retail industry with global sales of €1.668bn in 2016. A global brand of Elior Group, Areas welcomes 330 million customers each year in 2,000 restaurants and points of sale in 13 countries in Europe and the US, as well as in Mexico and Chili.

As the caterer of choice in the travel and leisure markets, Areas has made quality its key priority for 45 years and is now present in strategic and local transportation hubs across the world (airports, train stations, motorway service plazas), as well as in exhibition centers and leisure parks.

Building upon a culture of operational excellence, Areas draws on its in-depth understanding of travelers’ needs and the most extensive range of catering concepts on the market to offer the perfect blend of ingredients for each of its 900,000 daily customers to savor.For further information : http://www.areas.com Areas on Twitter @Areas / @Areas_FR / @AreasUSA / @Areas_ES