Michiko Yao is a multimedia artist who was born and raised in Japan, and is now based in Los Angeles. Through her art, she investigates the representation of women in both Japanese and American pop culture. Often incorporating quasi-scientific protocol, her work exposes cultural divergences confronting Asian and Western historical and social stereotypes.

Passing Rose is part of an on-going series by Yao in which she simulates time-lapse photography with sequential images of an artificial flower appearing to wilt, in this case a delicate rose. The use of an artificial rose reverses the Japanese aesthetic of “mono no aware,” a term that refers to the consciousness of impermanence. The title, Passing Rose, is a play-on-words between the natural and the artificial in the photographic image: an artificial rose passing for real; the traveling and contained audience at LAX; and the life cycle of a rose, the most common, yet mythologized of all flowers. Passing Rose challenges viewers to reconcile the binary norms of materials presented to us in a commodity-driven culture by reconsidering the relationship between masculine /feminine, subject/object, and natural/artificial.

Hanaguruma is a Japanese word that refers to the elaborate ox-wagon that was popular among nobility in the Heian period (794-1185). Laden with bouquets of flowers, the cart symbolizes abundance and happiness, and is a commonly stylized emblem in bridal kimono patterns.  Hanaguruma (on the east wall to the far right) is a site-specific mural in which Yao focuses on the more than 10,000 women who emigrated from Japan as “picture brides” to the United States in the early twentieth century for arranged marriages. After exchanging photographs with Japanese men who had immigrated to America for job opportunities, these courageous women left their families and lives behind in Japan. Hanaguruma is composed of 170 digitally stitched photographs of artificial flowers that have been manipulated to appear realistic, representing a perfected but inverted fantasy of the bride’s American dream: her inconceivable life as an Issei woman residing in the U.S. 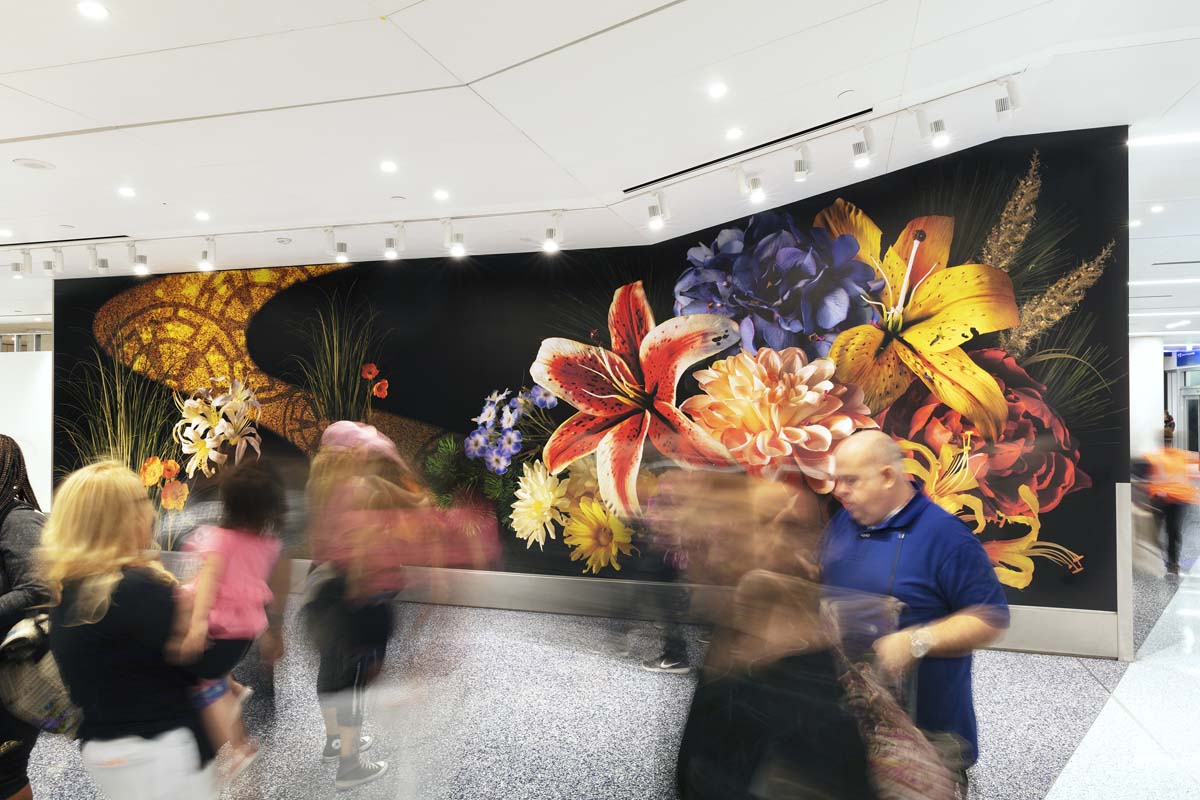 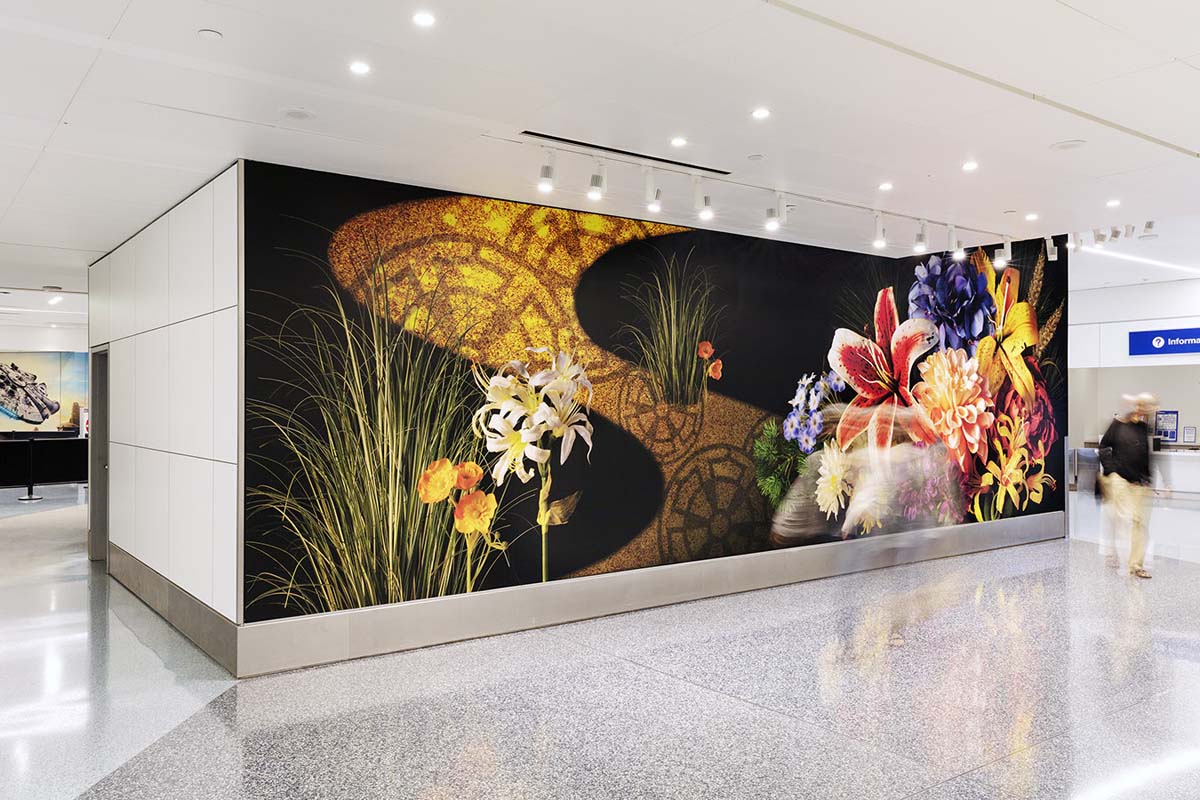 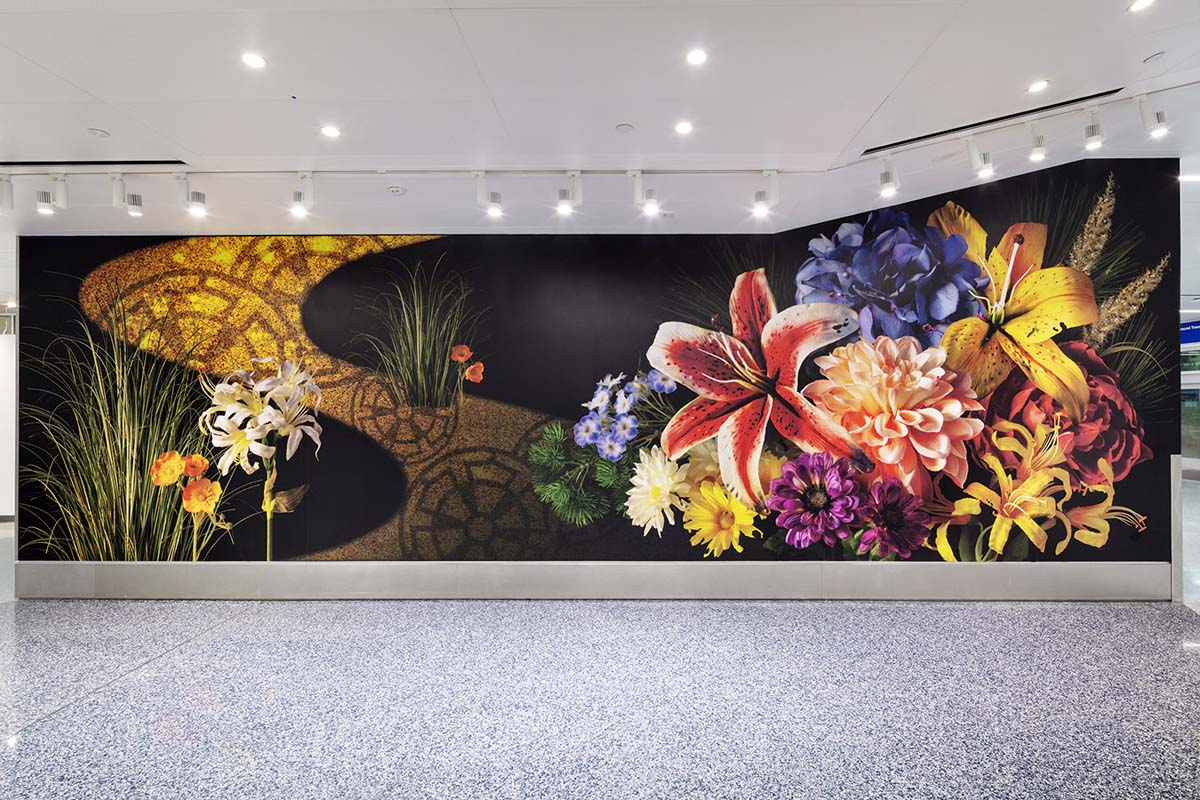 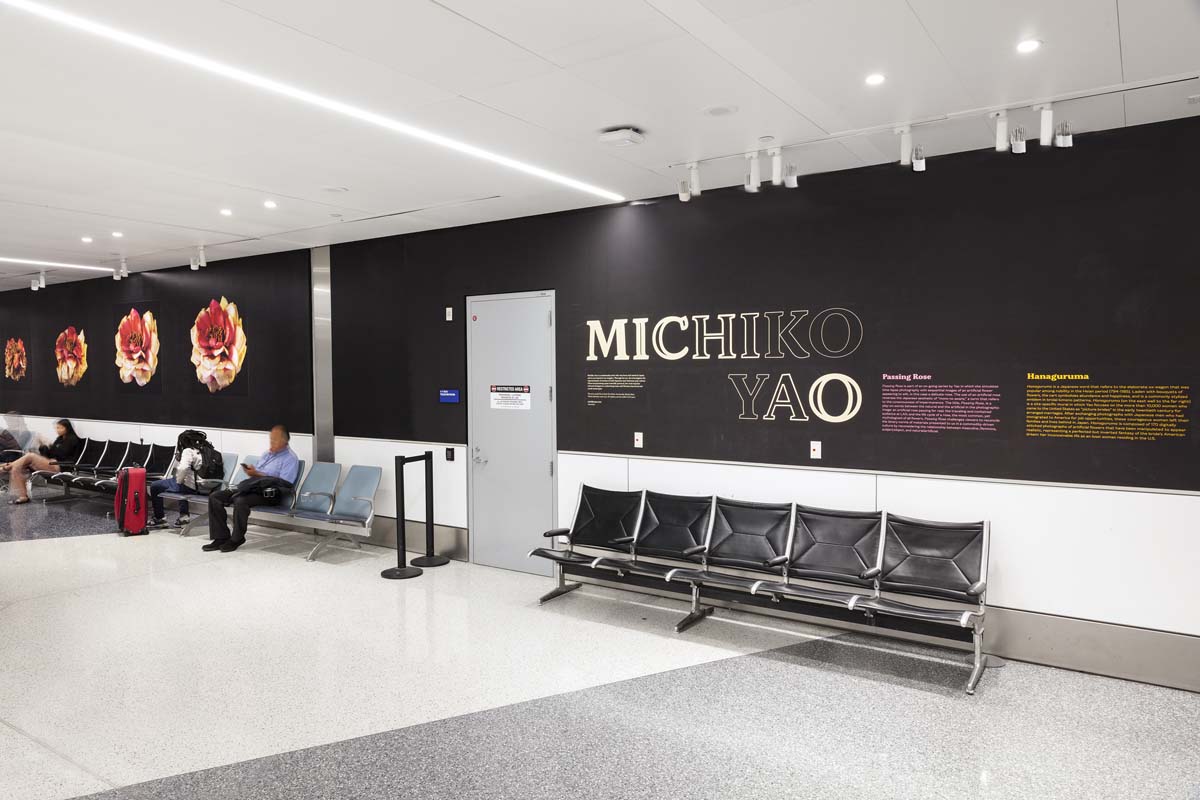 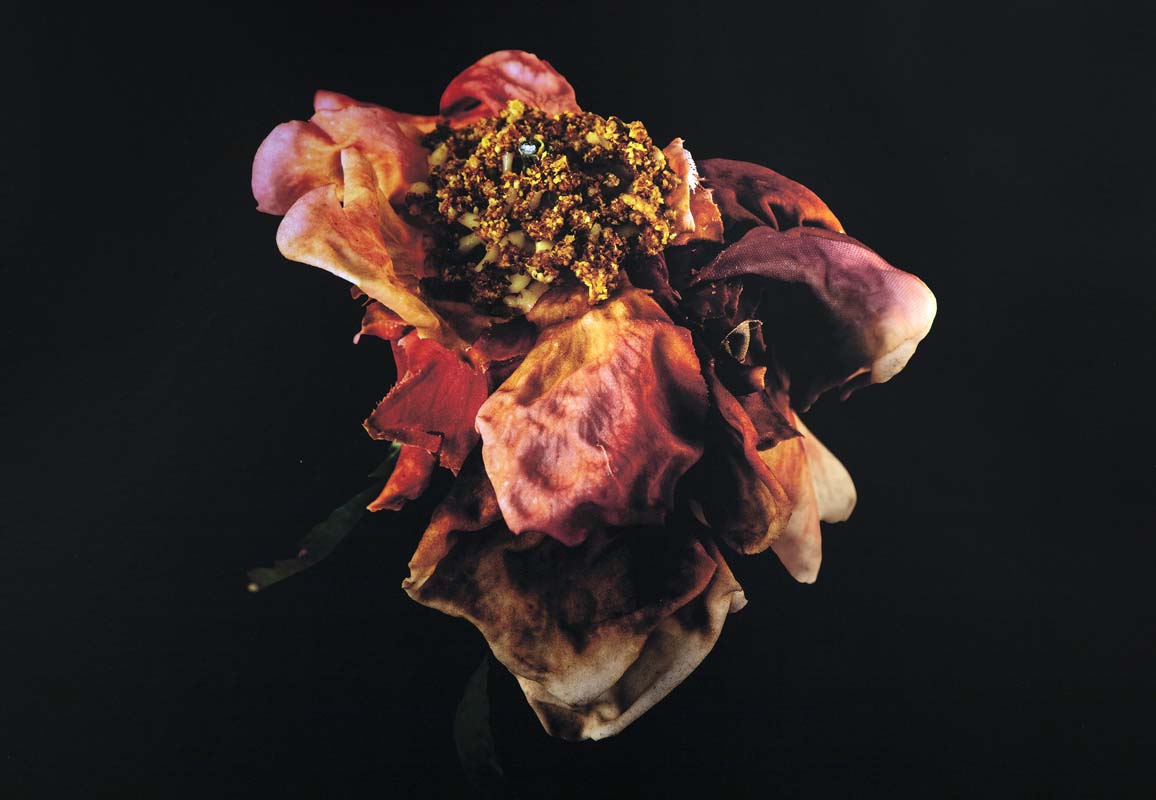 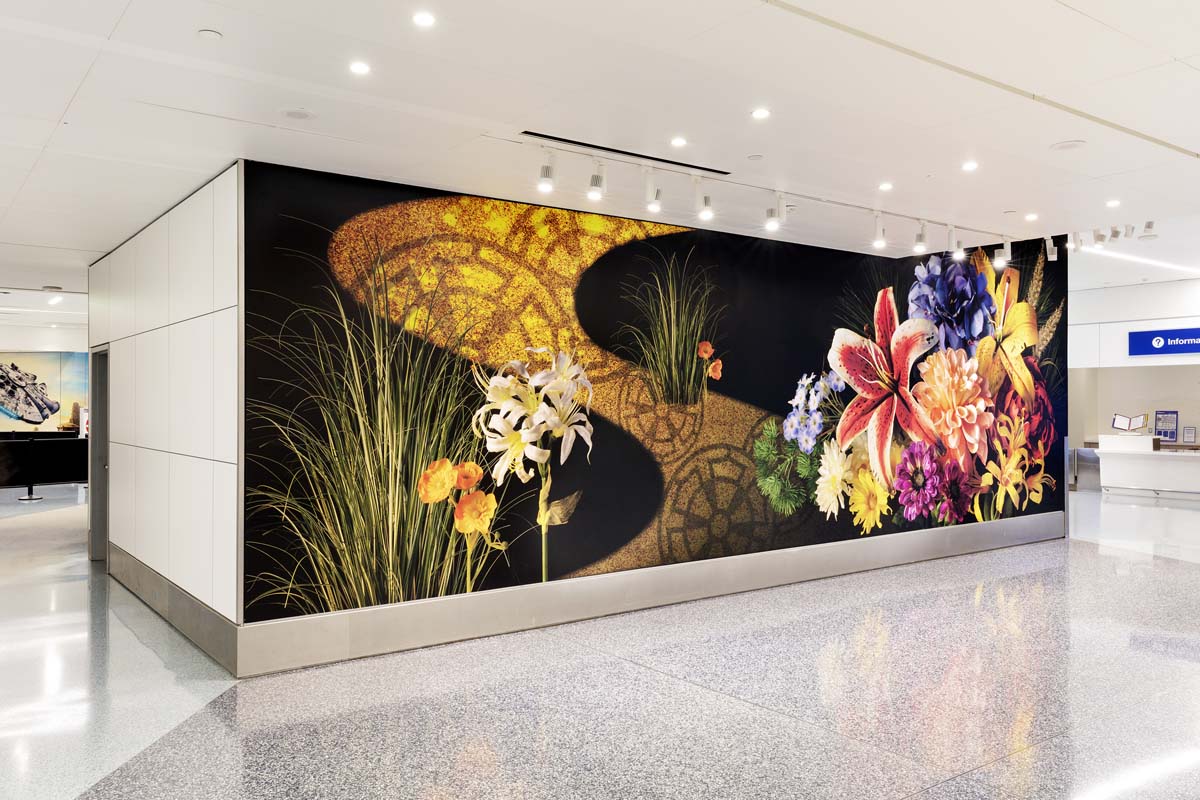