Floragalora is an exuberant celebration of native California flowering plants.  Floragalora pays homage to the native flora of the Southern California landscape.

The large circle and array of hexagons feature flowers that Warner photographed in the spring of 2019.  An abundance of rainfall the previous winter produced a particularly dazzling display of wildflowers.  This “superbloom,” an unusual natural event in Southern California, influenced Warner in developing this work.

The stylized flowers featured in the window-like circle are hand-cut from brilliantly colored and textured papers, and assembled to create subtle shadows that emulate the delicacy and textures of flowers.  The array of hexagons contain 31 digital photomontages Warner created by deconstructing and reassembling her photos.  Floragalora in its entirety brings attention to the beauty and fragility of our natural environment.

Flowers and plants and nature in general have been an important element of Warner’s work for many years.  Her interest in plants and horticulture began at an early age when she was raised in an agricultural area of southeastern Pennsylvania.

Warner participated in solo and group exhibitions, and artist residencies and symposia in the United States, Japan, Korea, France, Lithuania, and the Netherlands. 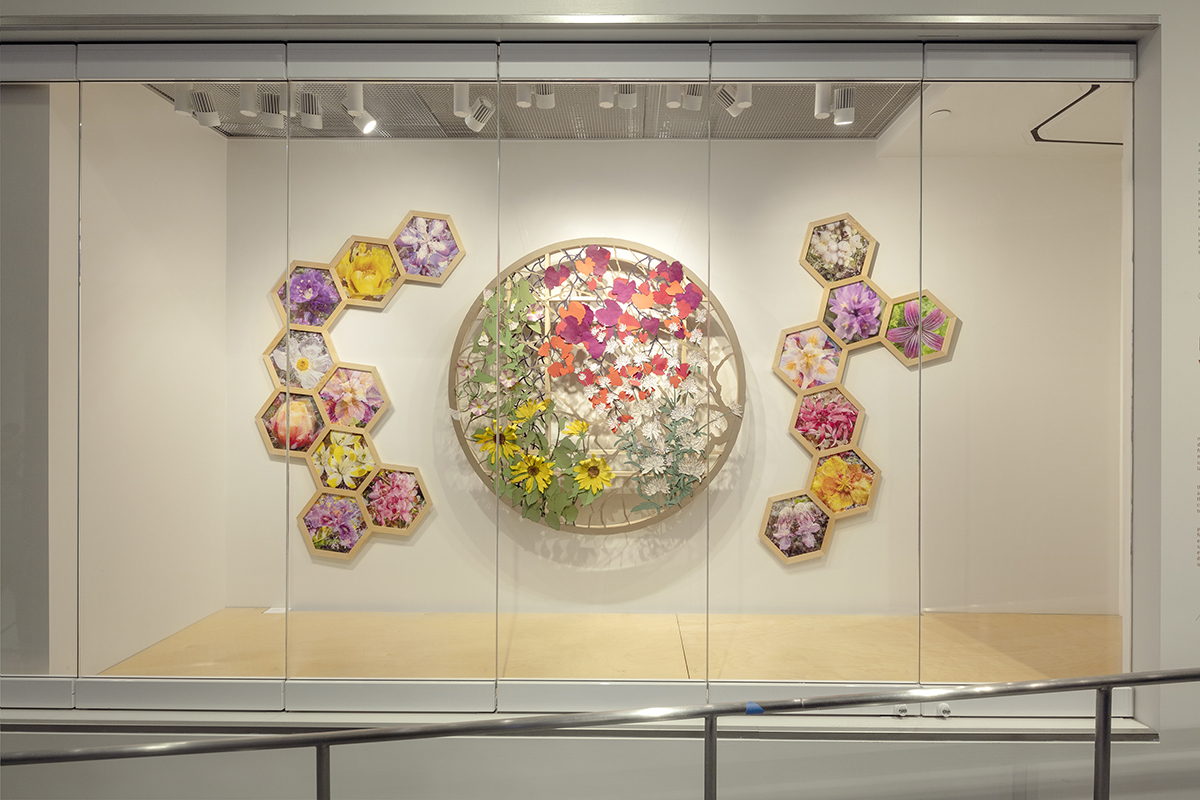 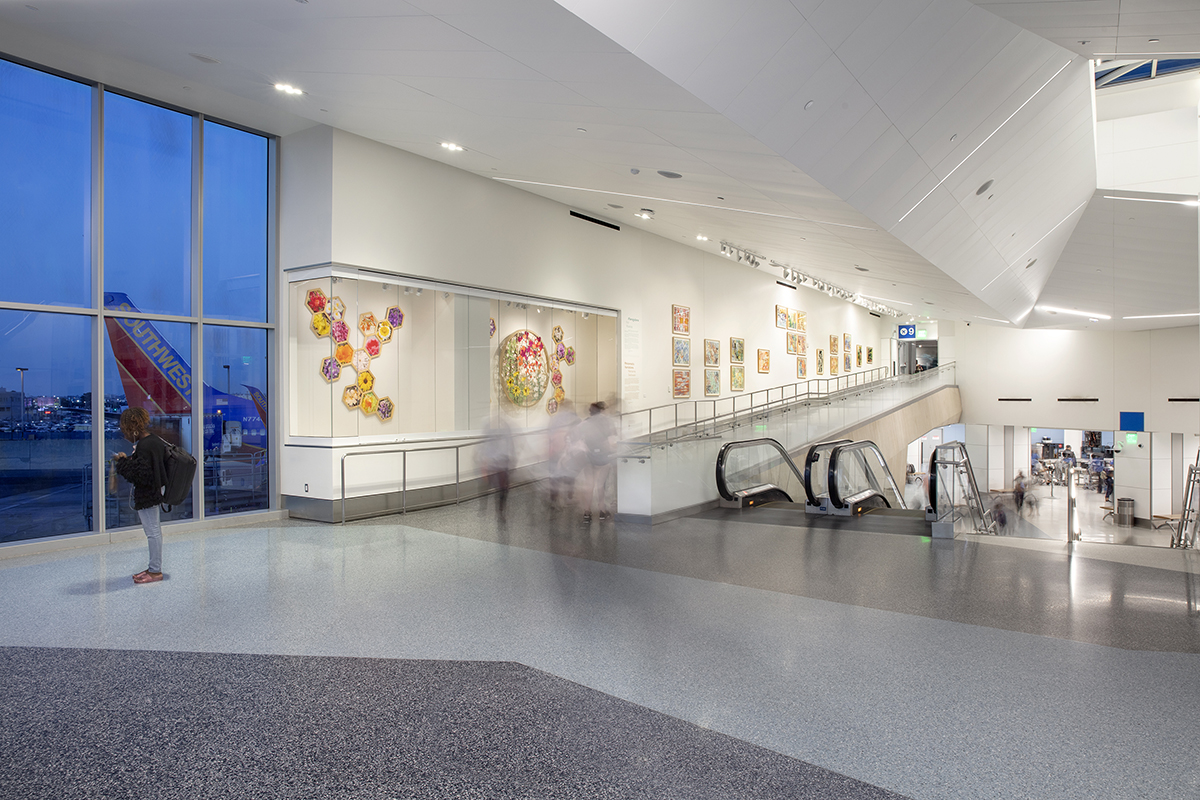 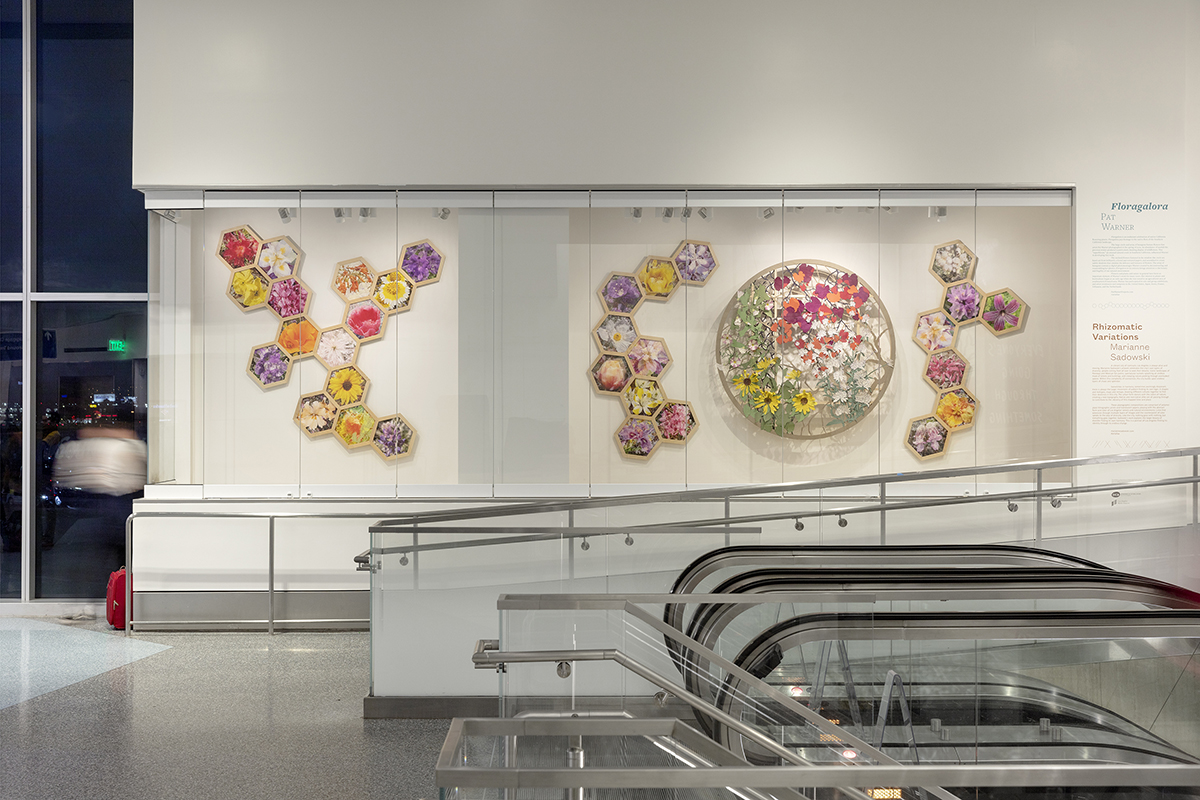 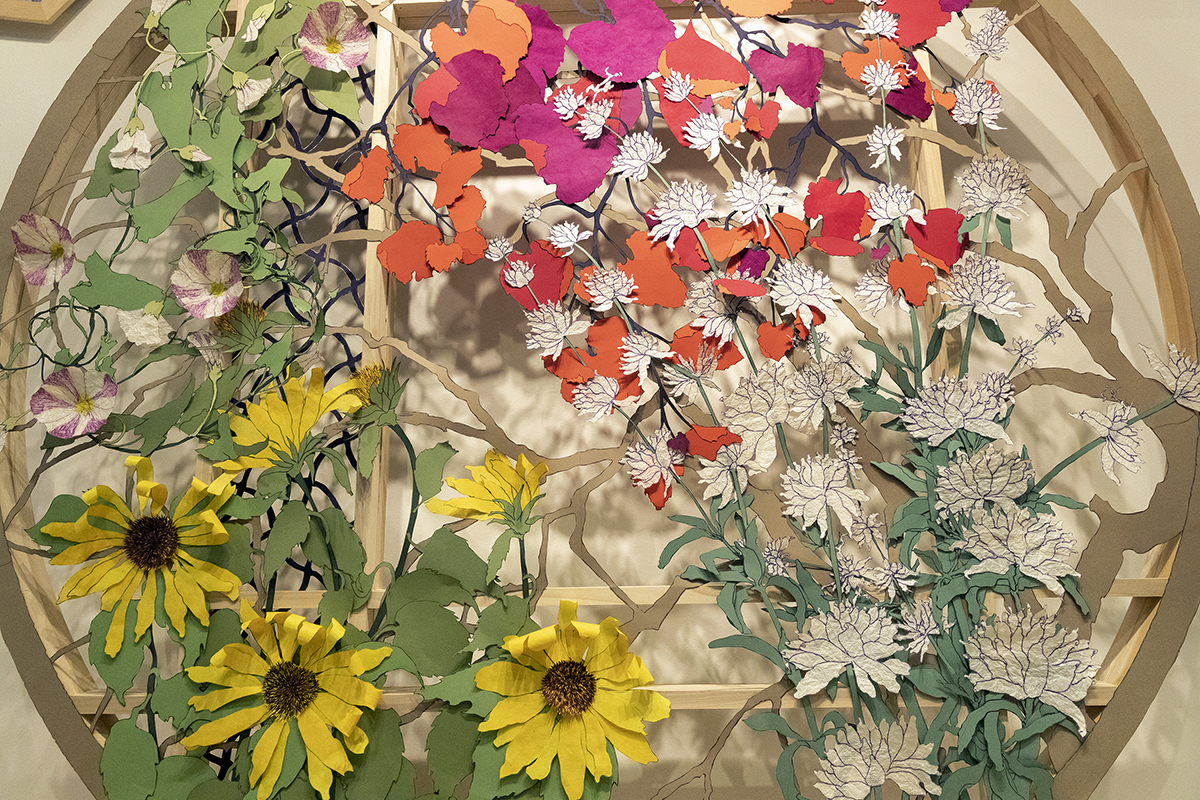 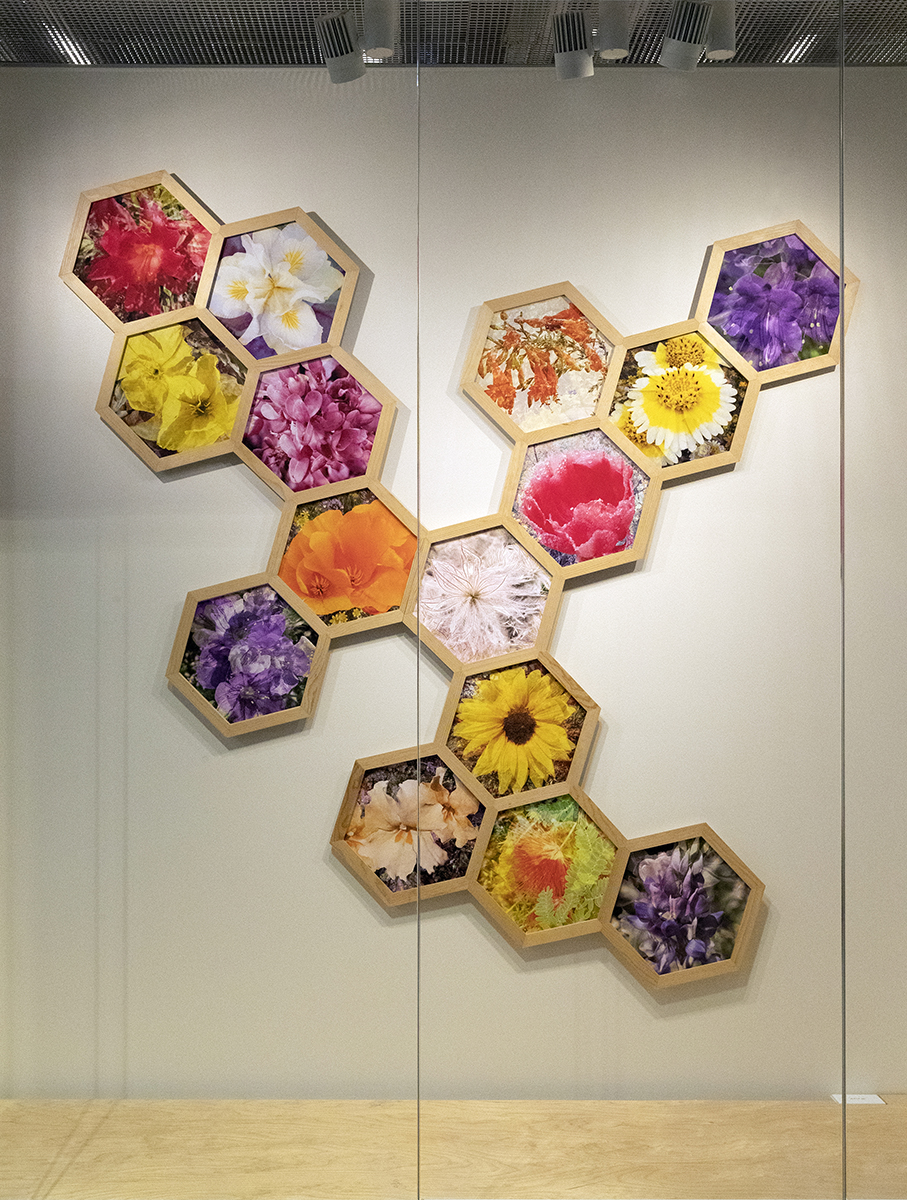 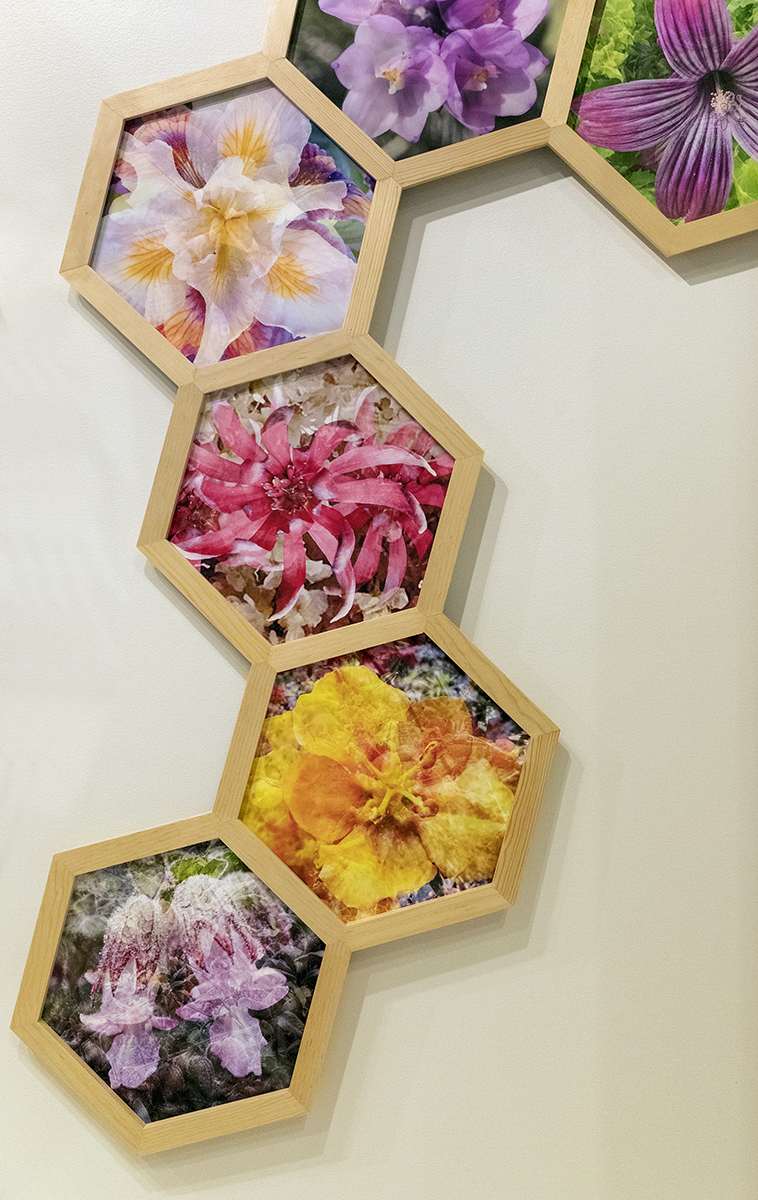 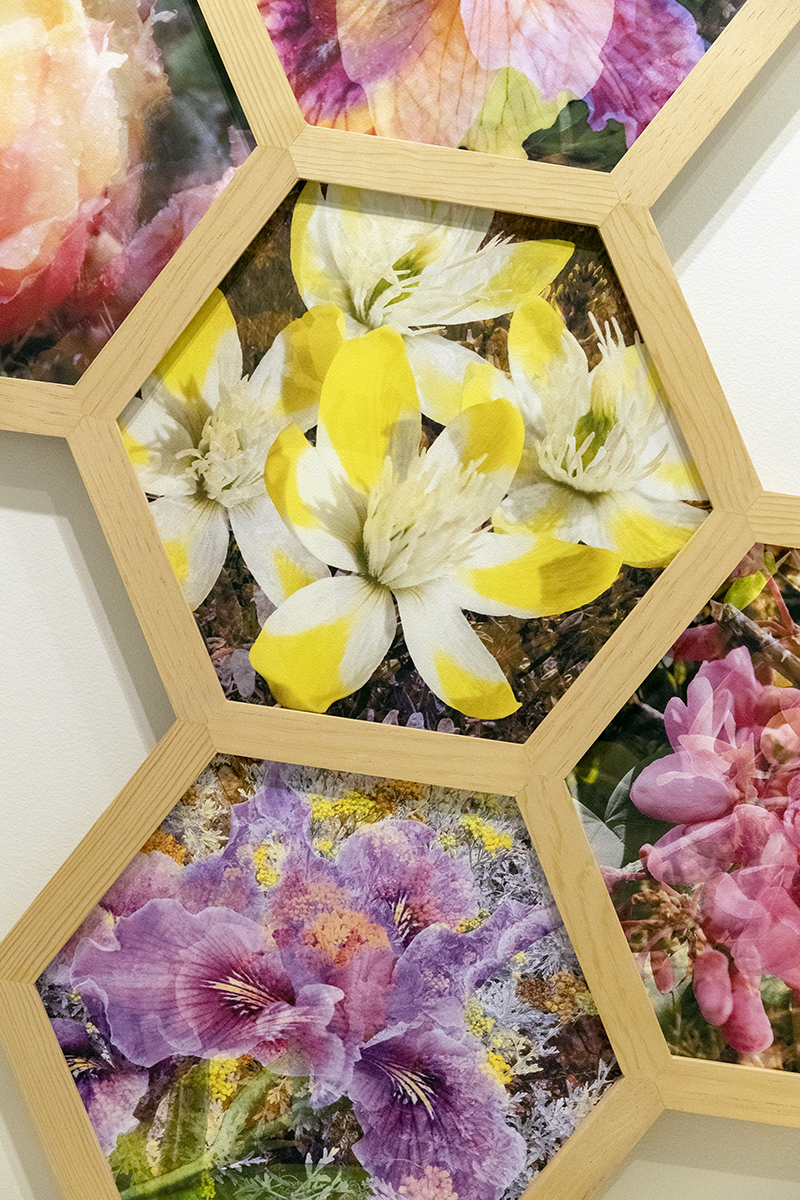