Blue is a color, an emotion, a genre of music, a process. It's the shade of forever, the hue of the ineffable infinite. It evokes the dream space of an afterlife, infinitude, timelessness, perpetuity, and otherworldliness. Pervasive and ubiquitous, blue has broad associations with depth, stability, harmony, faithfulness, and confidence. In darker tones it suggests knowledge, power, and integrity; in light tones, healing and tranquility.

The exhibition's title conjures the immense blue canopy that inspired humans to dream of winged flight and to venture into outer space. Below the thin imperiled gaseous envelope that makes life on Earth possible, the oceans comprise our planet's characteristic blue expanses that cover nearly three quarters of its surface. As the color of the sky and the sea, blue symbolizes depth and endless space.

United by the color’s expansive qualities, these artworks show how blue saturates our lives with beauty, wonder, and significance.
KJ Baysa, Curator 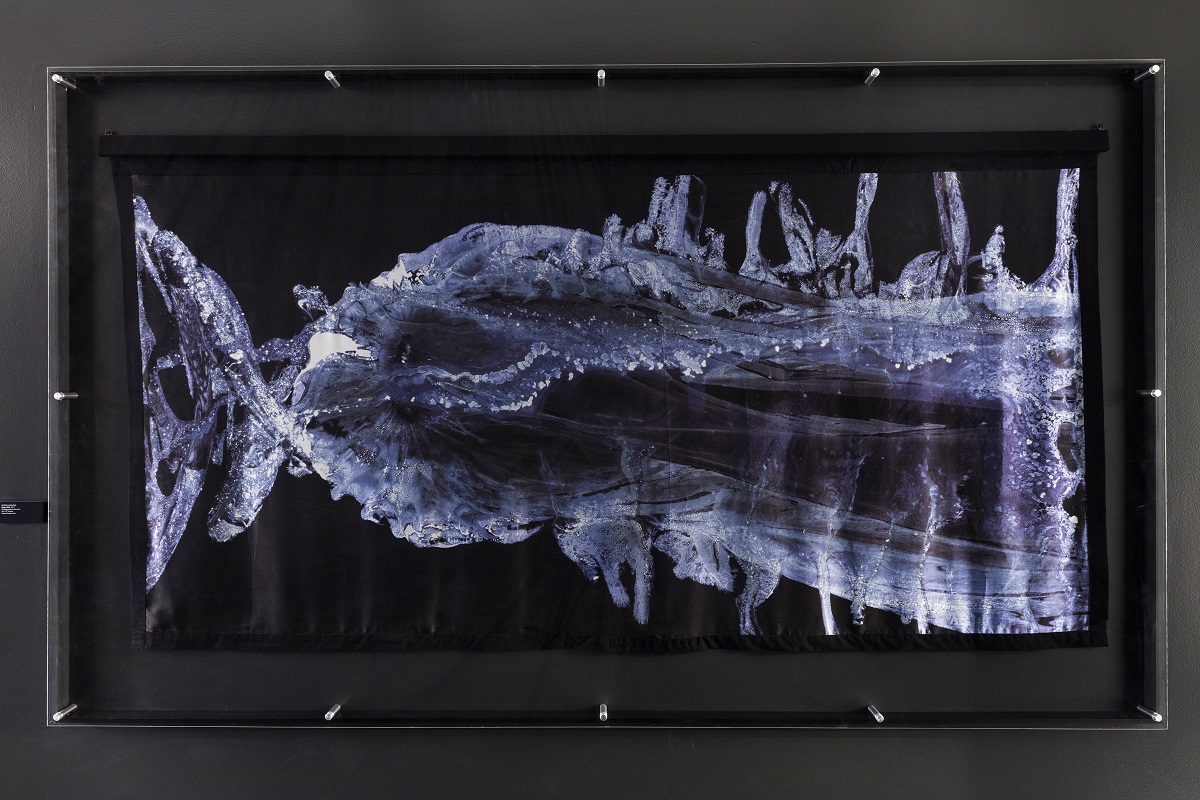 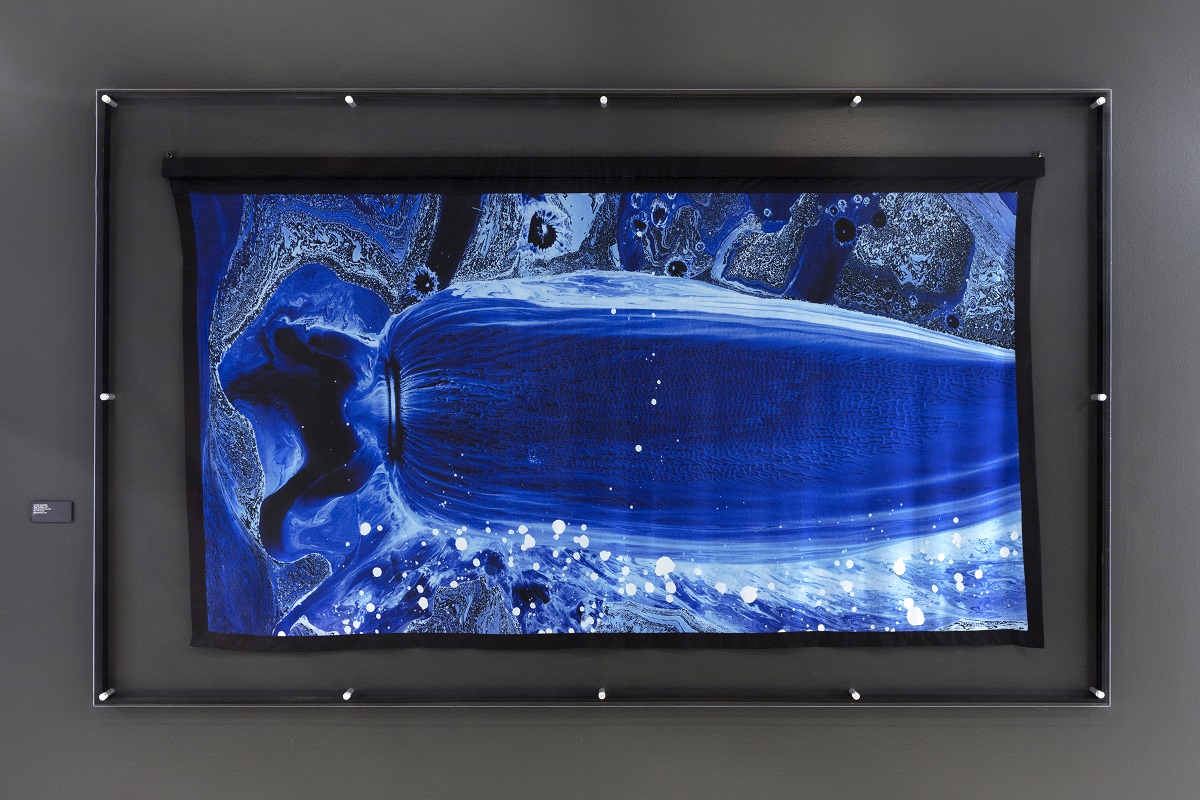 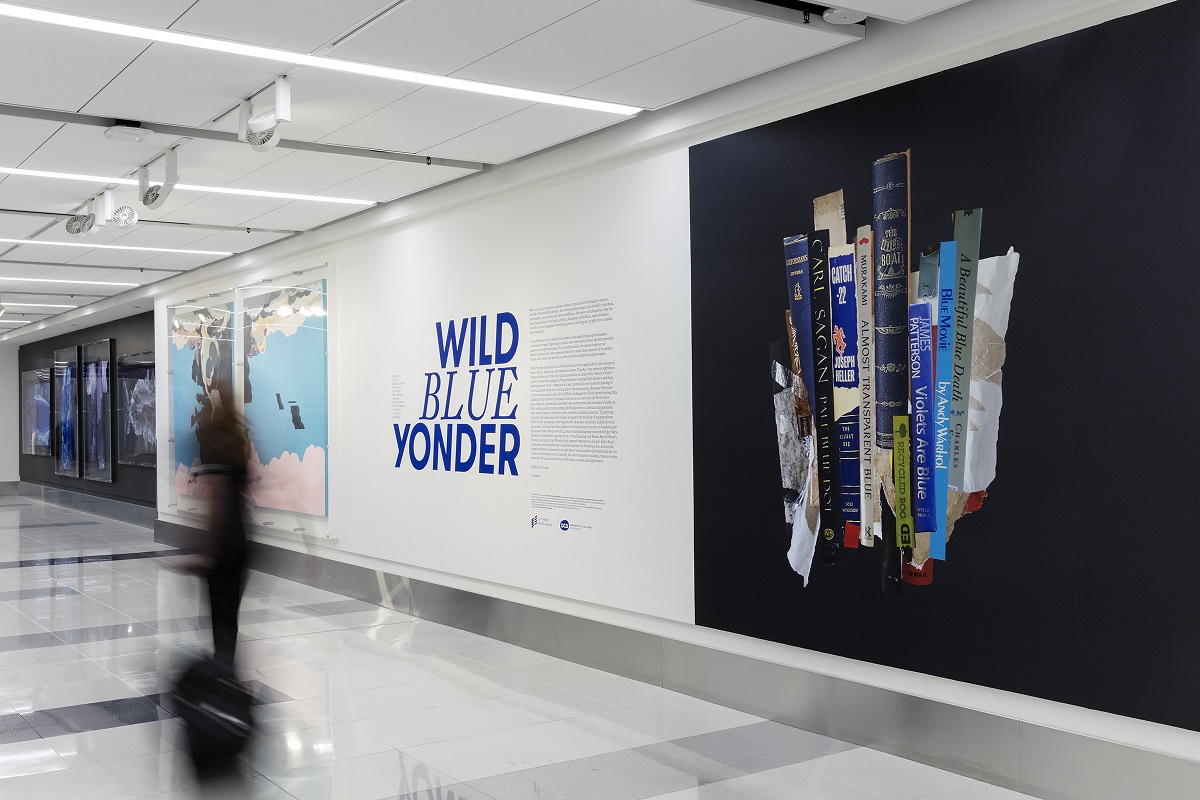 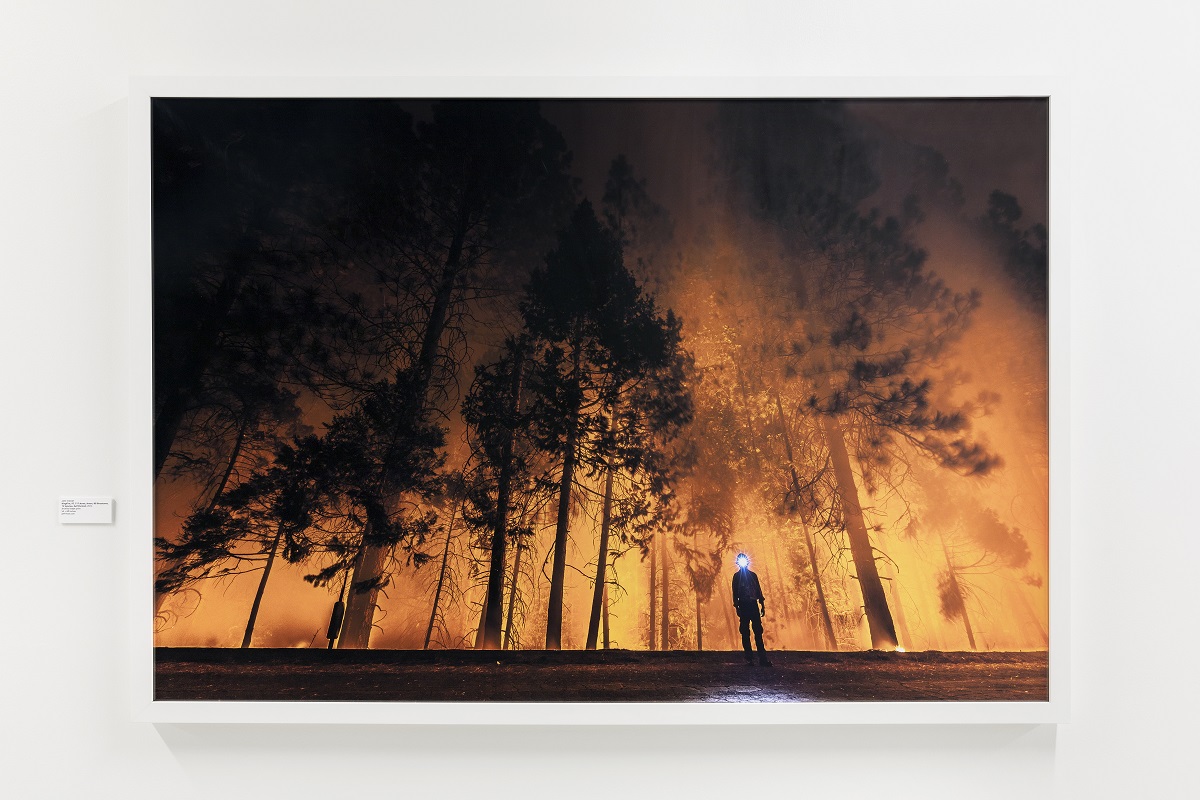 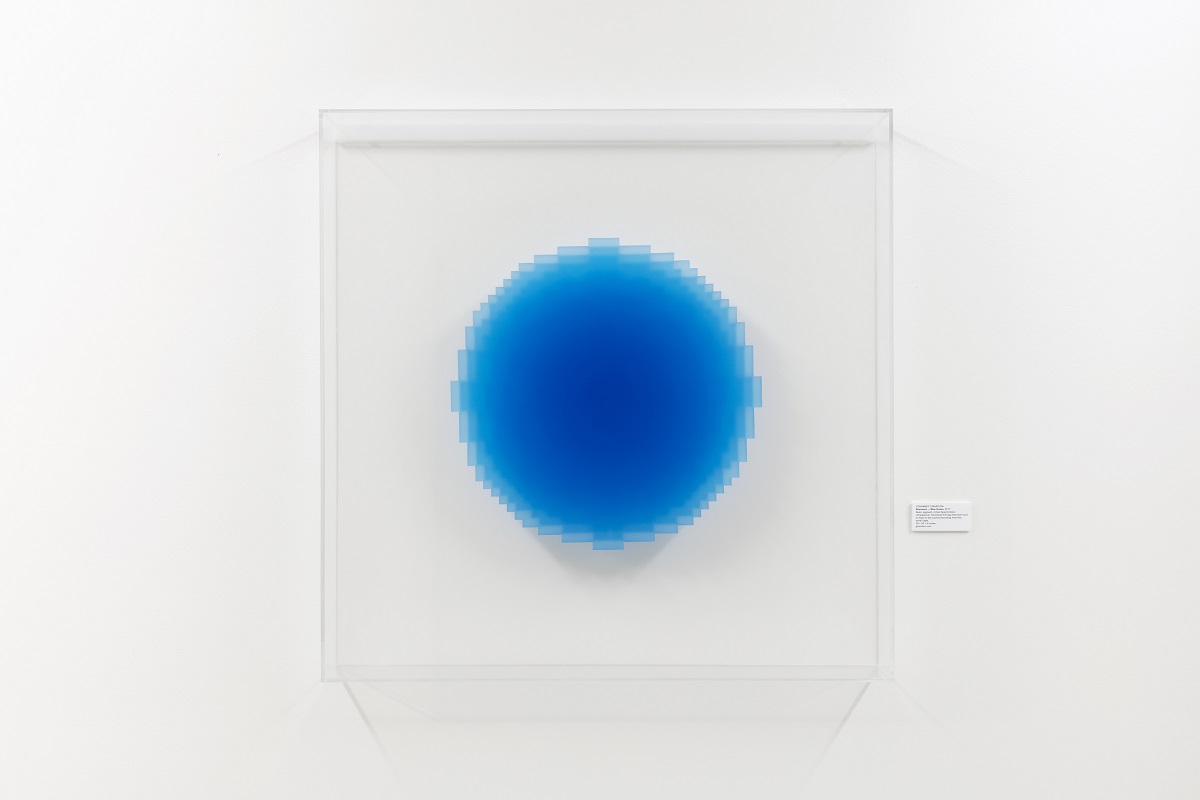 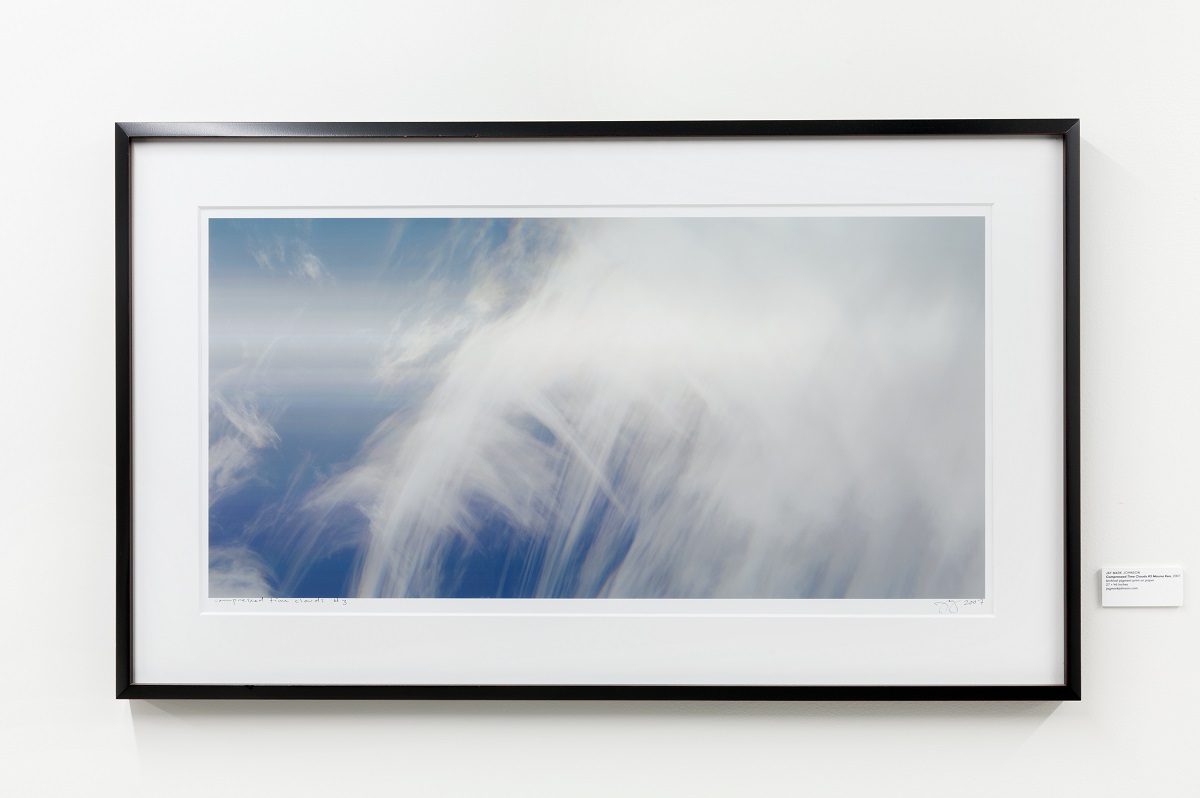 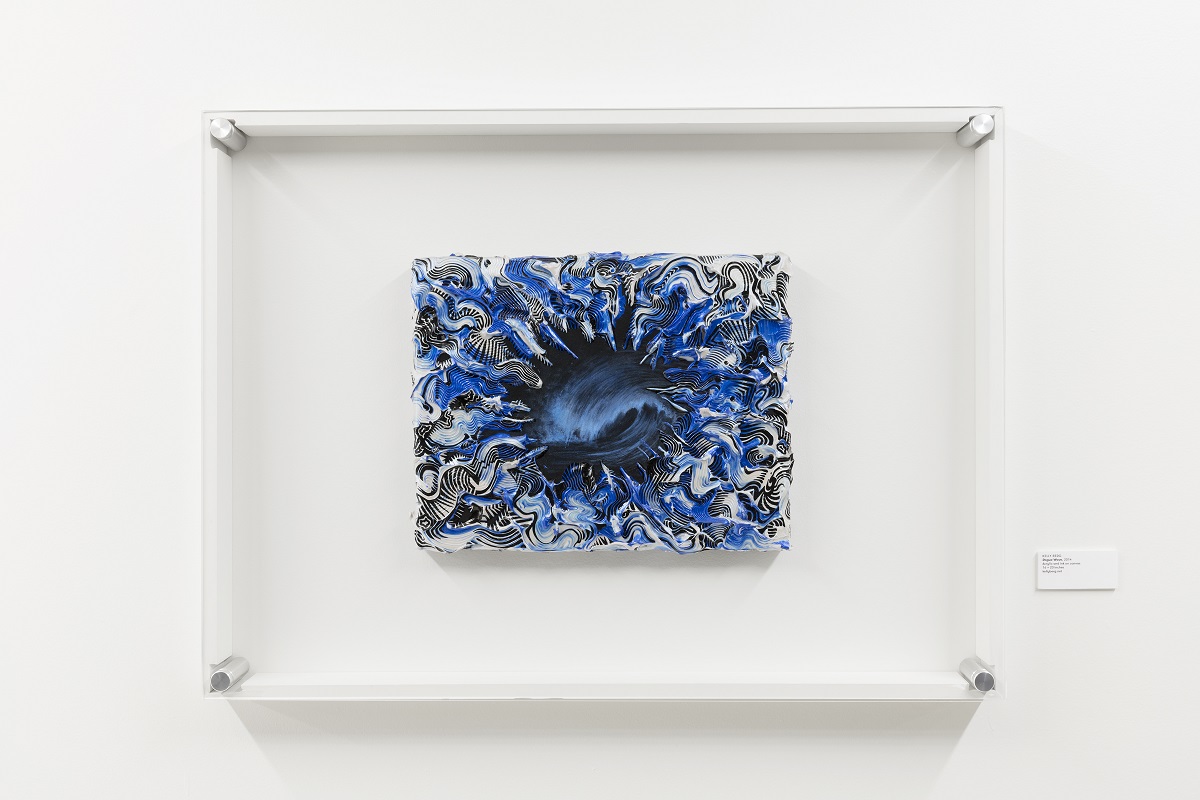 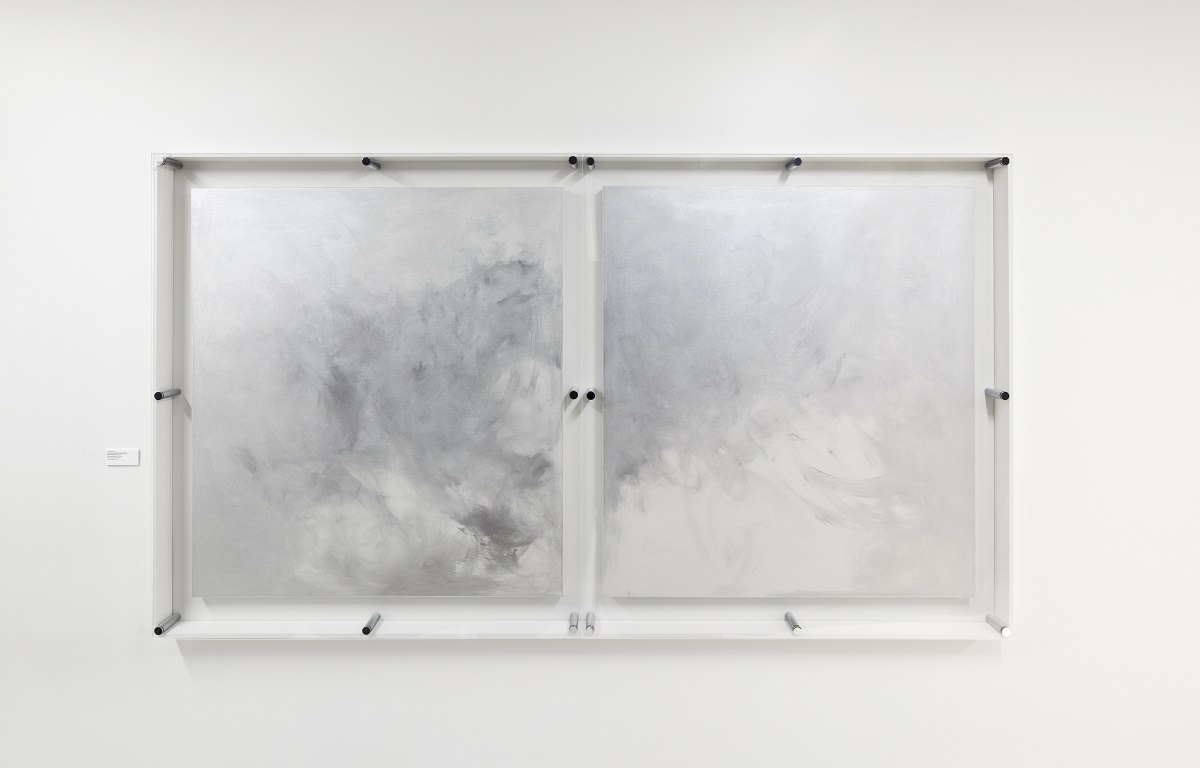 Ivan Wong, The Field of Infinite Possibilities (Chromium) No.2, 2016, Chrome pigment on linen 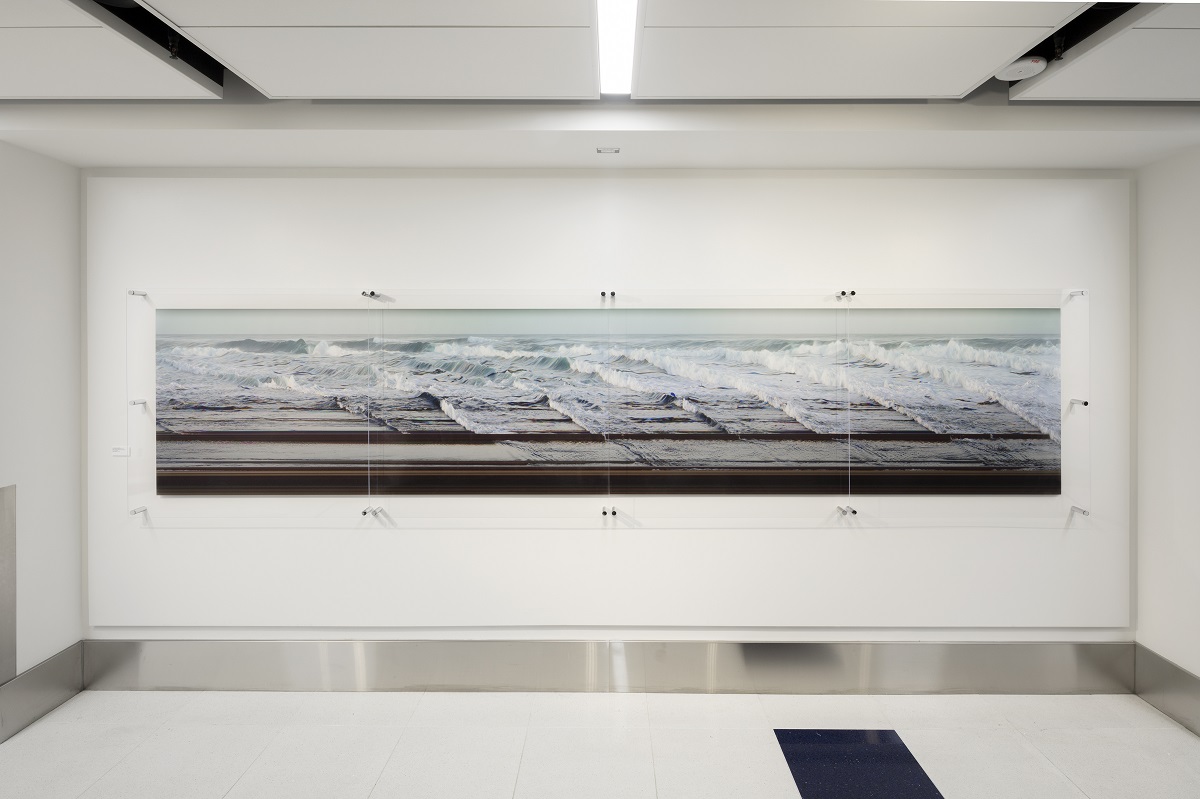 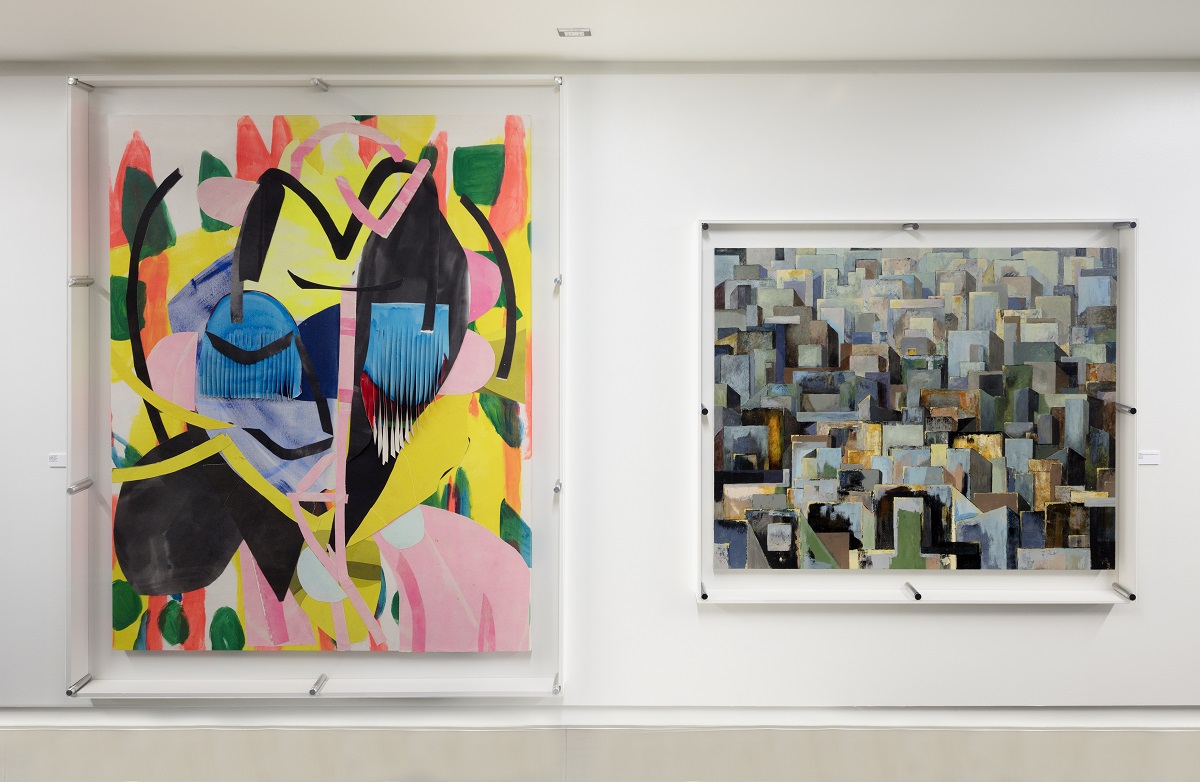 Left to right: Ali Silverstein, Portrait, 2017, Acrylic on canvas. Bryan Ida, Fate and the Time We Have Together, 2004, Oil on canvas. 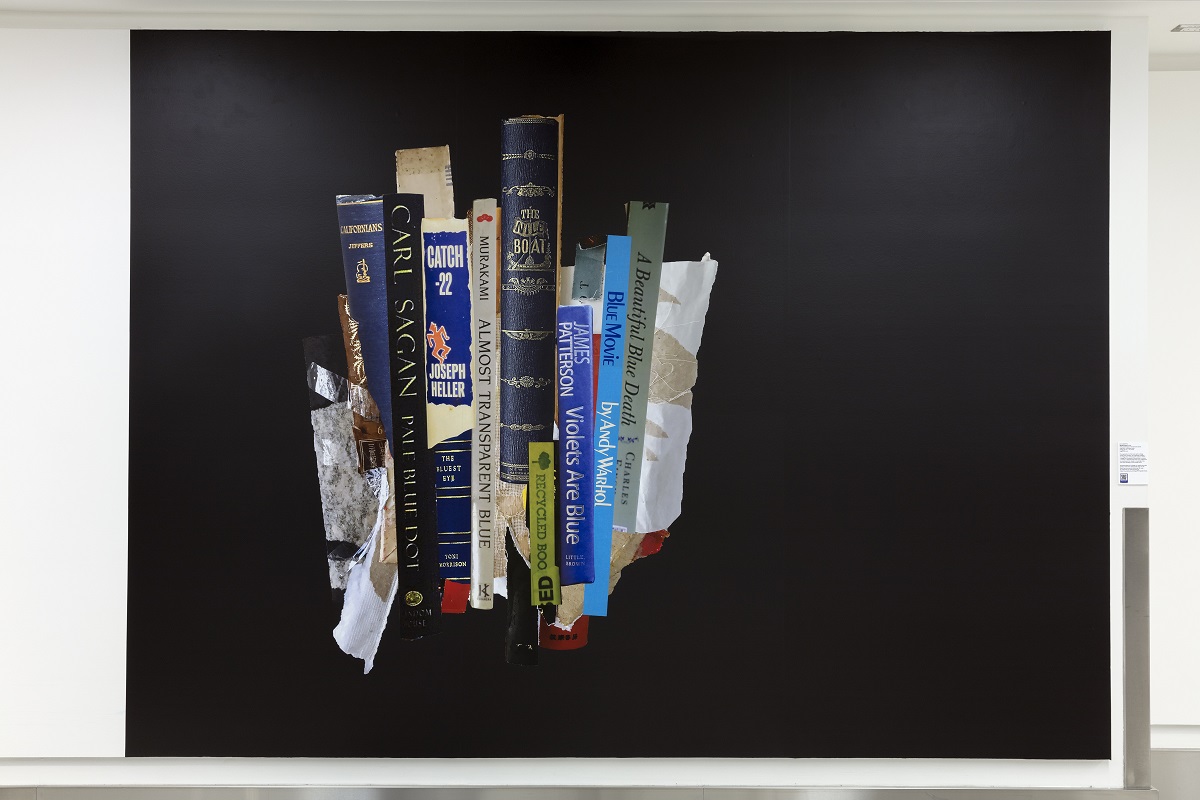 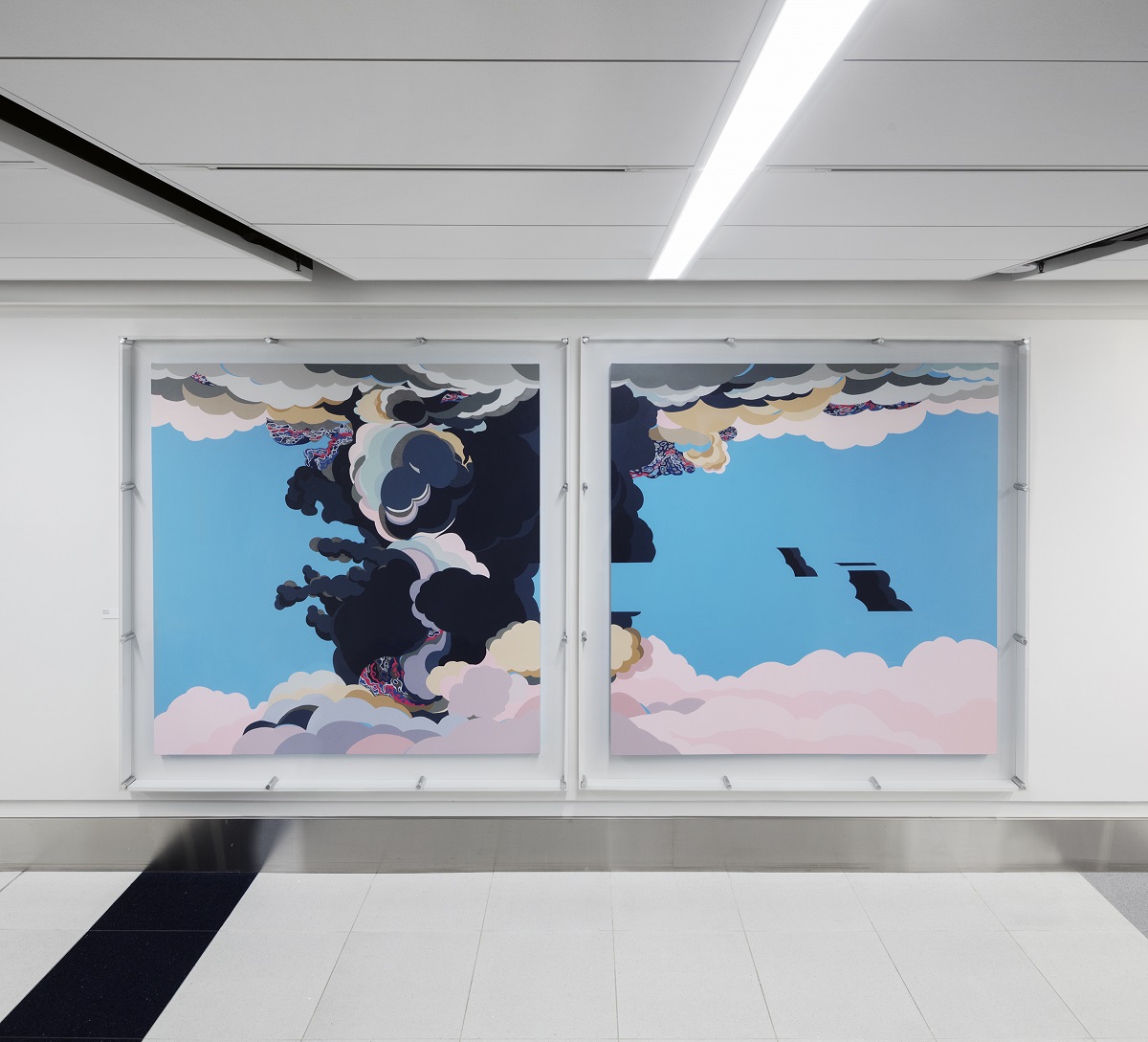 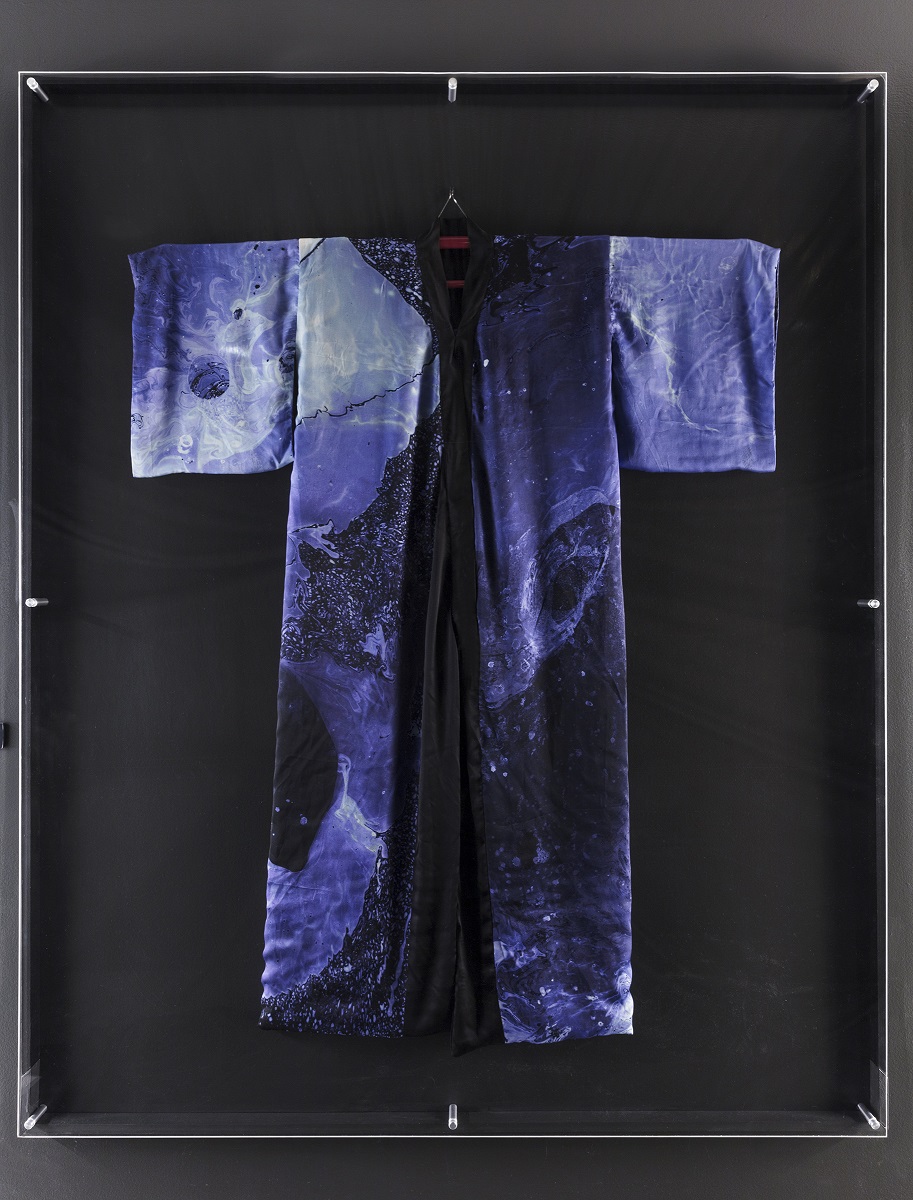 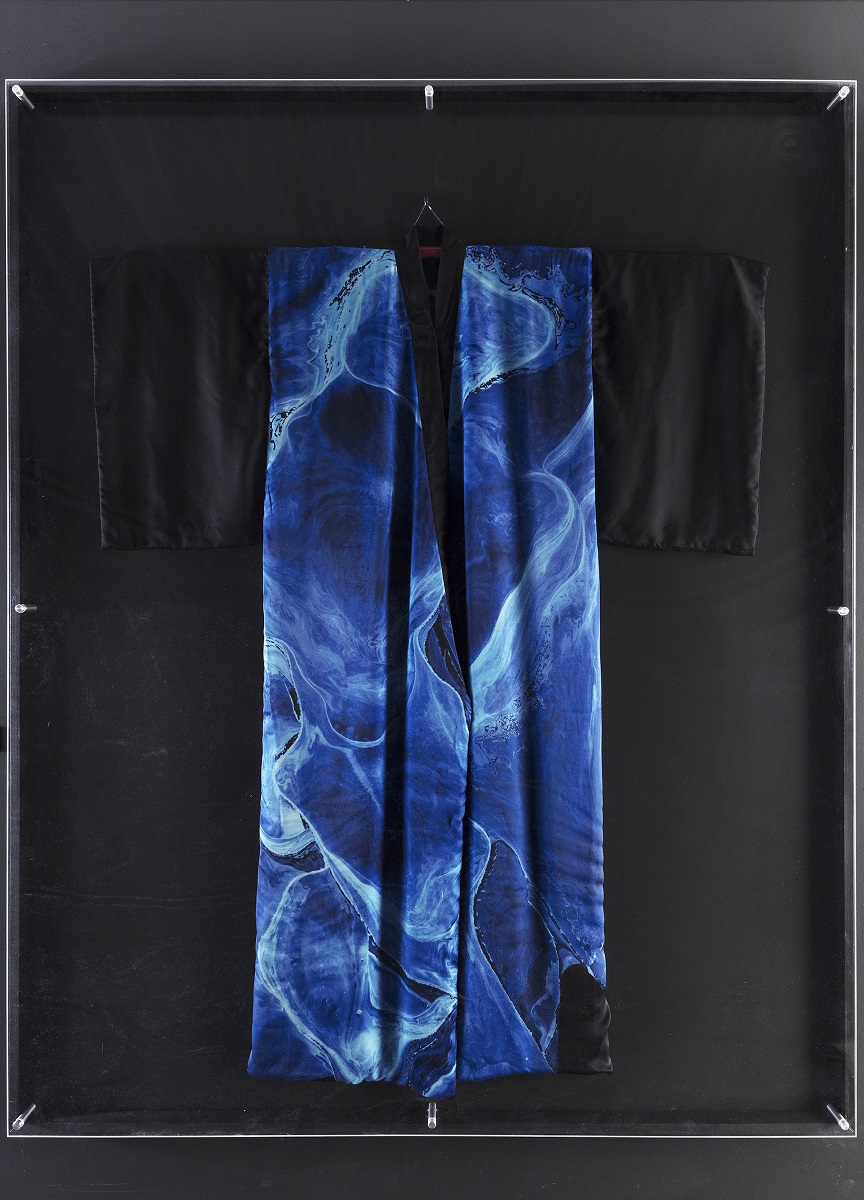