Located on the mezzanine level of the Tom Bradley International Terminal’s Departures Hall, Mark Bradford’s monumental sculpture Bell Tower can be viewed by the general public and ticketed passengers alike. Suspended from a skylight above the TSA screening area, Bell Tower marks the terminal’s transition from a public space to a restricted one. As a site-specific work, Bell Tower examines the way technology regulates individuals and society, while simultaneously examining its roots in an ancient or ancestral past. The work is modeled on two systems of public organization: the contemporary Jumbotron screen, typically found in sports stadiums; and the medieval bell tower, which served as both a gathering spot for civic and cultural celebration and a source of surveillance.

Bell Tower’s multilayered, collage-like surface consists of 712 individual shaped panels cut from salvaged plywood and posters collected from construction sites throughout Los Angeles, which were sanded and processed to create a more cohesive surface, leaving only abstracted traces of the original materials. In total, the panels comprise more than 5,000 square feet of space. From below, Bell Tower’s elaborate interior structure can be viewed, creating a spiraling visual vortex akin to religious architecture. The sculpture is approximately 26 feet high and 30 feet wide, and weighs 12,496 pounds.

Mark Bradford was born in 1961 and lives and works in Los Angeles. He received his MFA from the California Institute of the Arts (CalArts). He is recognized for his expansive multi-layered collage paintings that he builds up into intricate and mysterious layers, sourcing found materials and scavenged ingredients from the urban environment of his Los Angeles neighborhood. Embossing his work with layers of billboard papers, newsprint and posters, he creates an intricate network of pathways and histories that reference both economic exchange and socio-politics, but which are abstracted through a geometry that relies upon additive and subtractive processes of collage and de-collage.

Bradford has exhibited at several Biennials: Istanbul, Seoul, Sao Paulo, Liverpool, and the Whitney. In 2010, a large-scale survey of his work was presented at Wexner Center for the Arts, and then travelled to the Institute of Contemporary Art in Boston, the Museum of Contemporary Art in Chicago, the Dallas Museum of Art, and the San Francisco Museum of Modern Art. He was recently honored with the National Medal of Arts and received The MacArthur Fellowship “Genius Grant” in 2009. Mark Bradford: Scorched Earth, the first solo museum exhibition of his work to be organized in Los Angeles, is currently on view at the Hammer Museum. 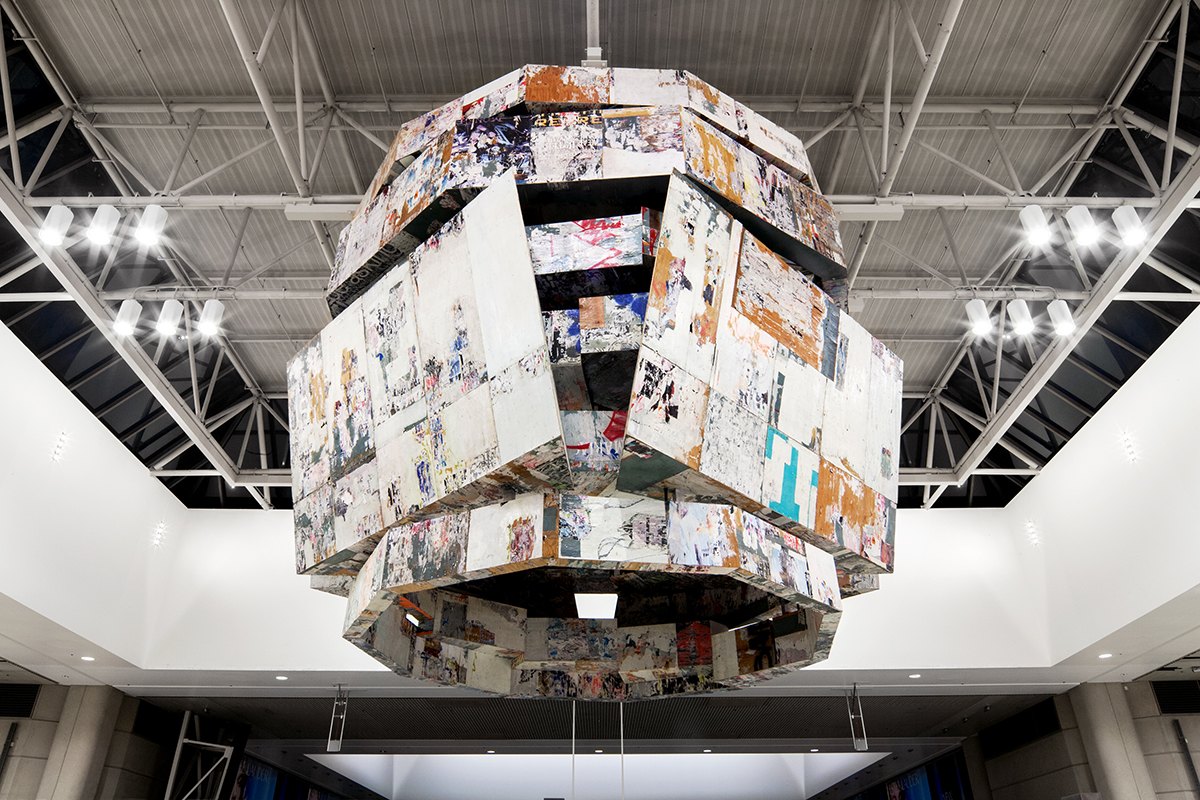 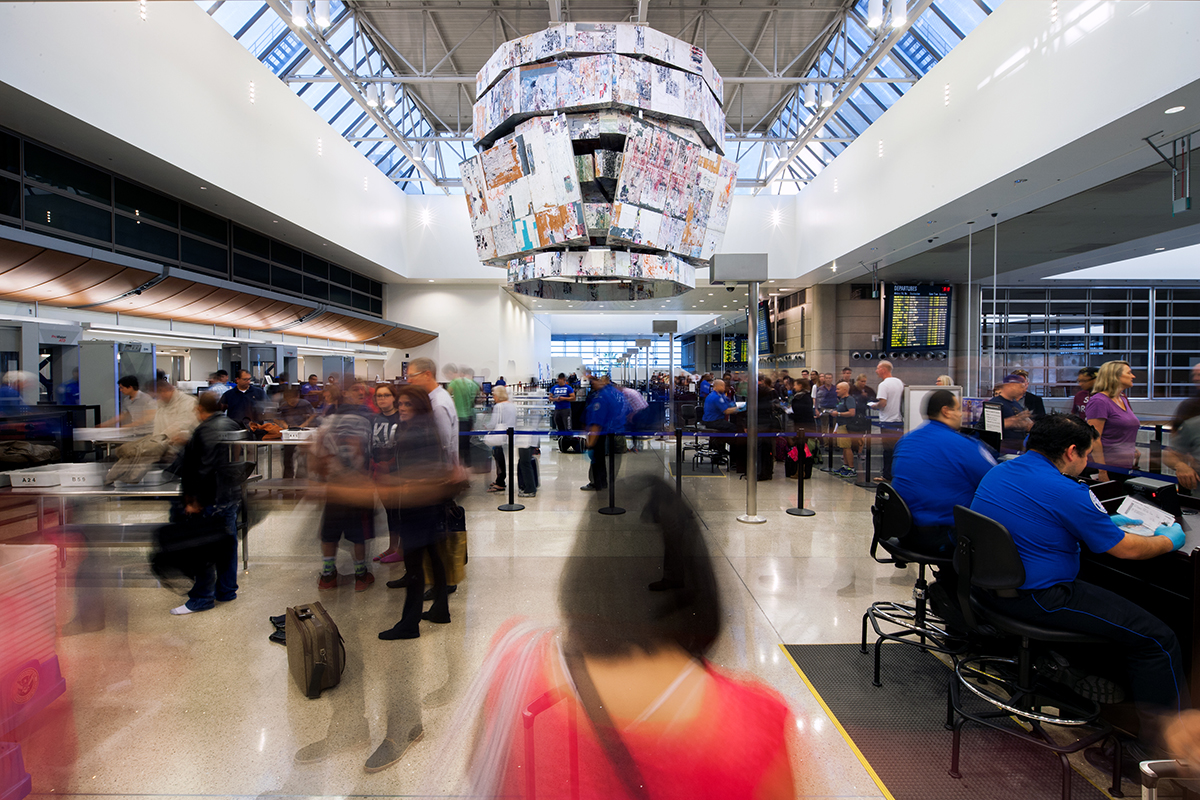 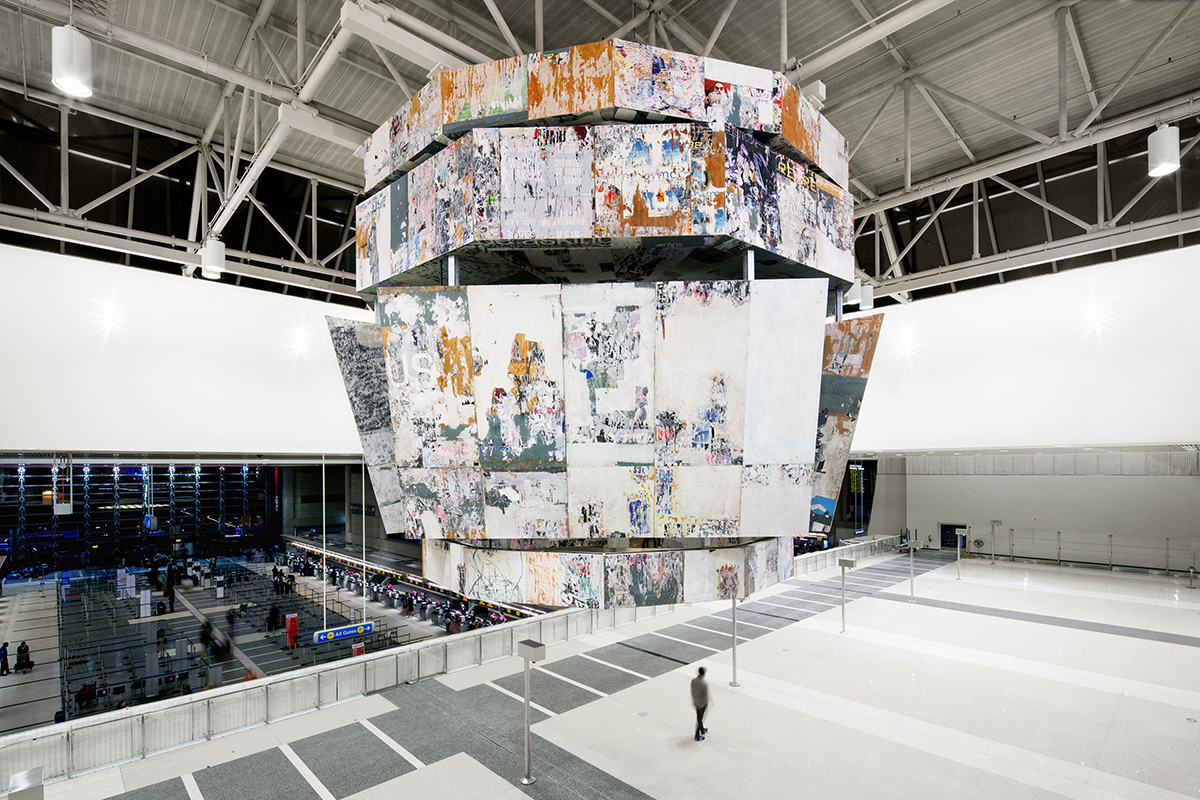 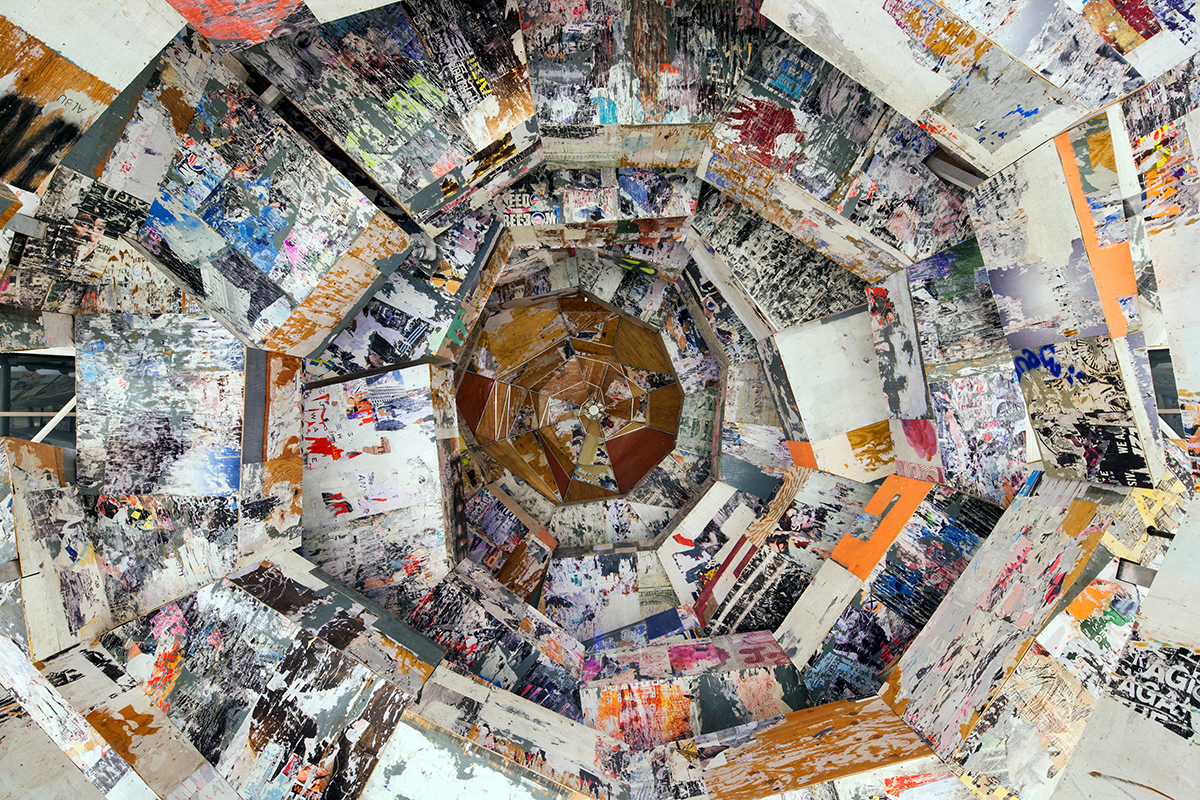 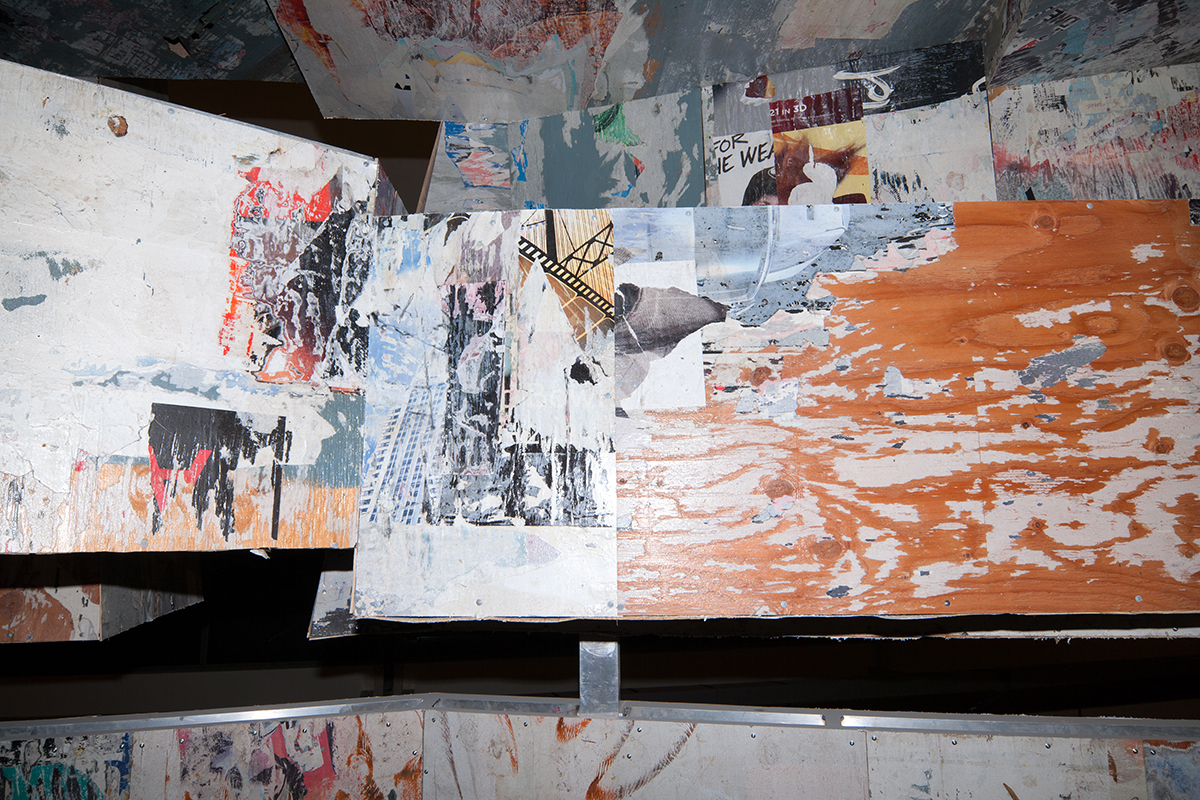 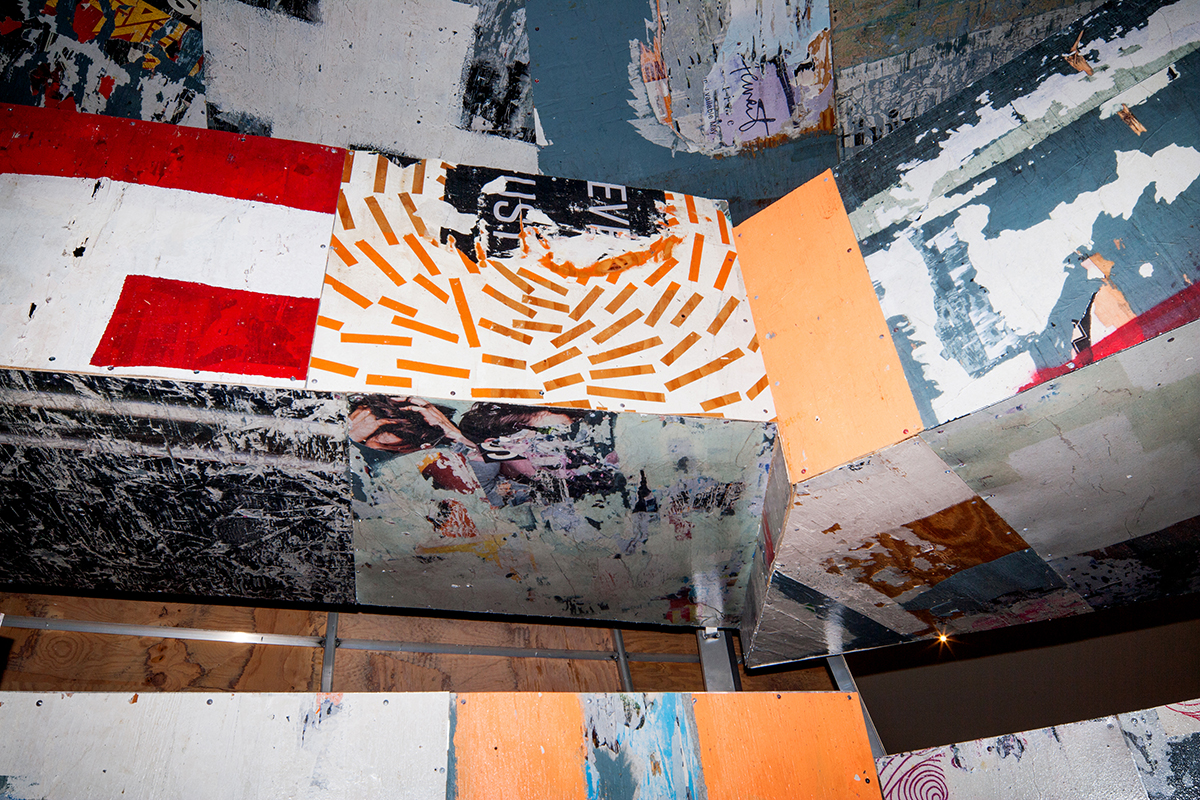 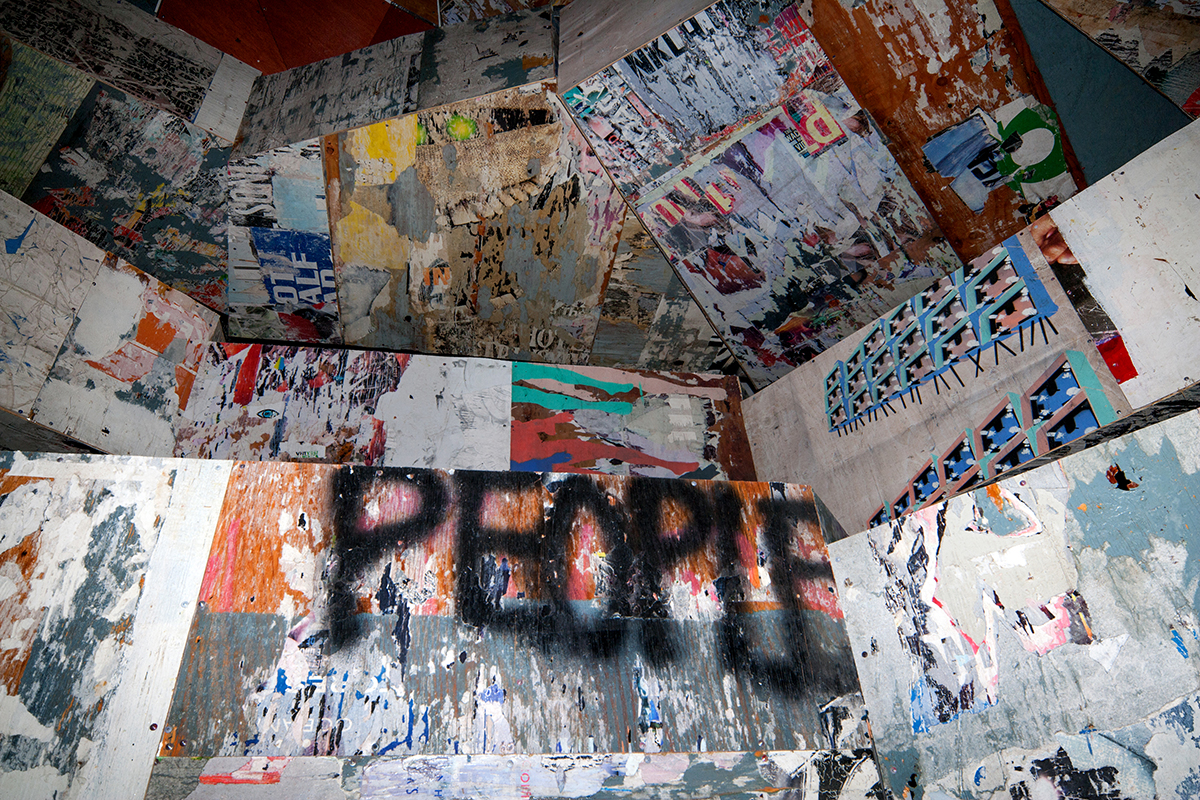 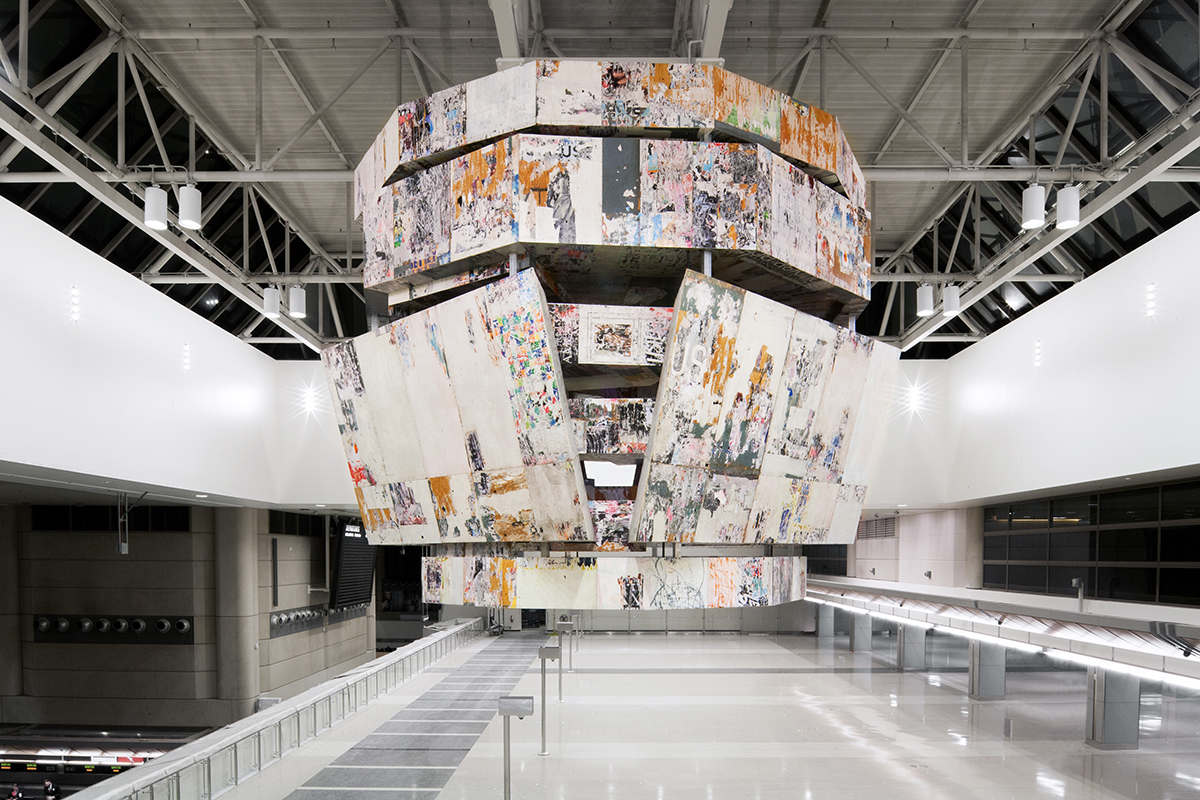 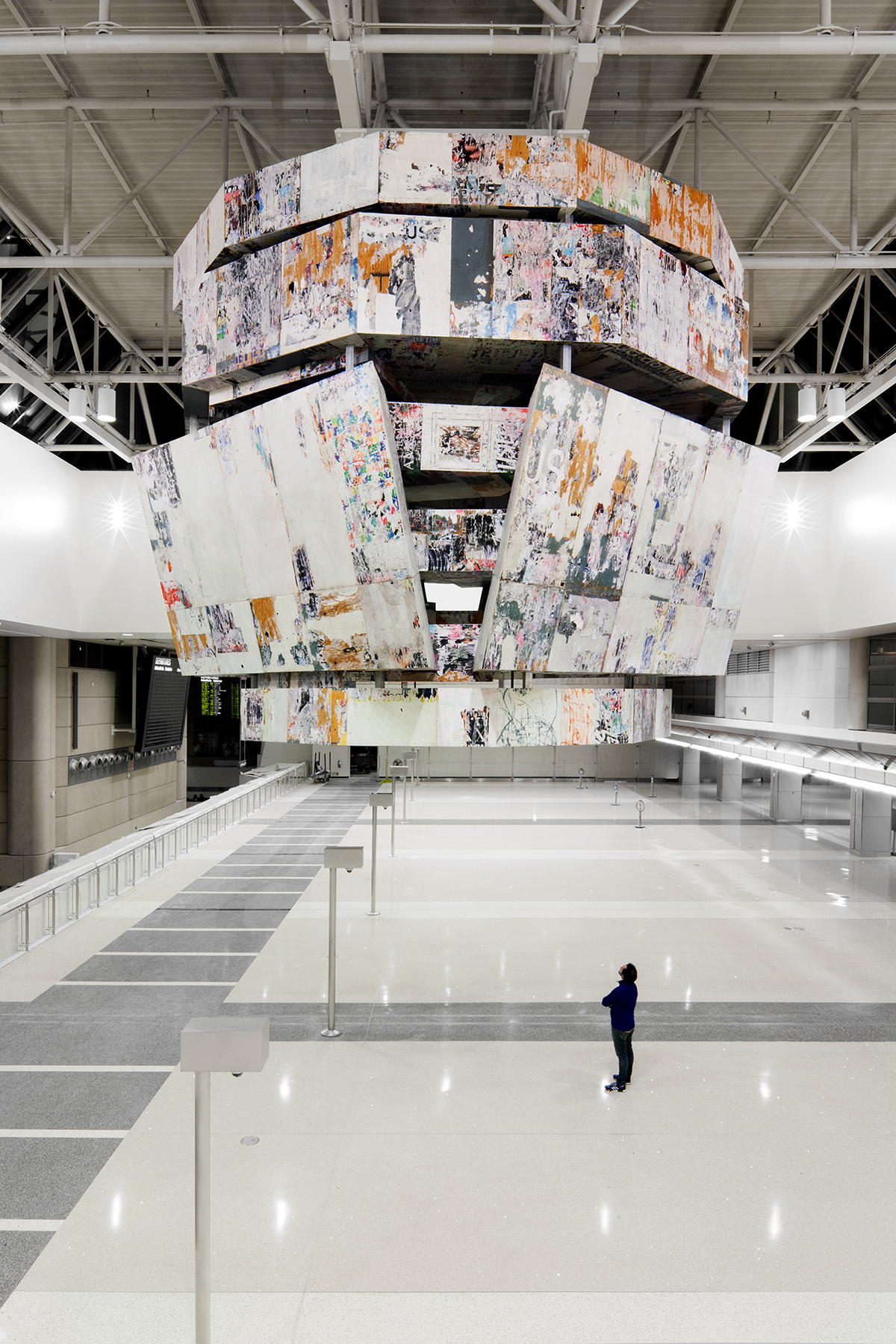 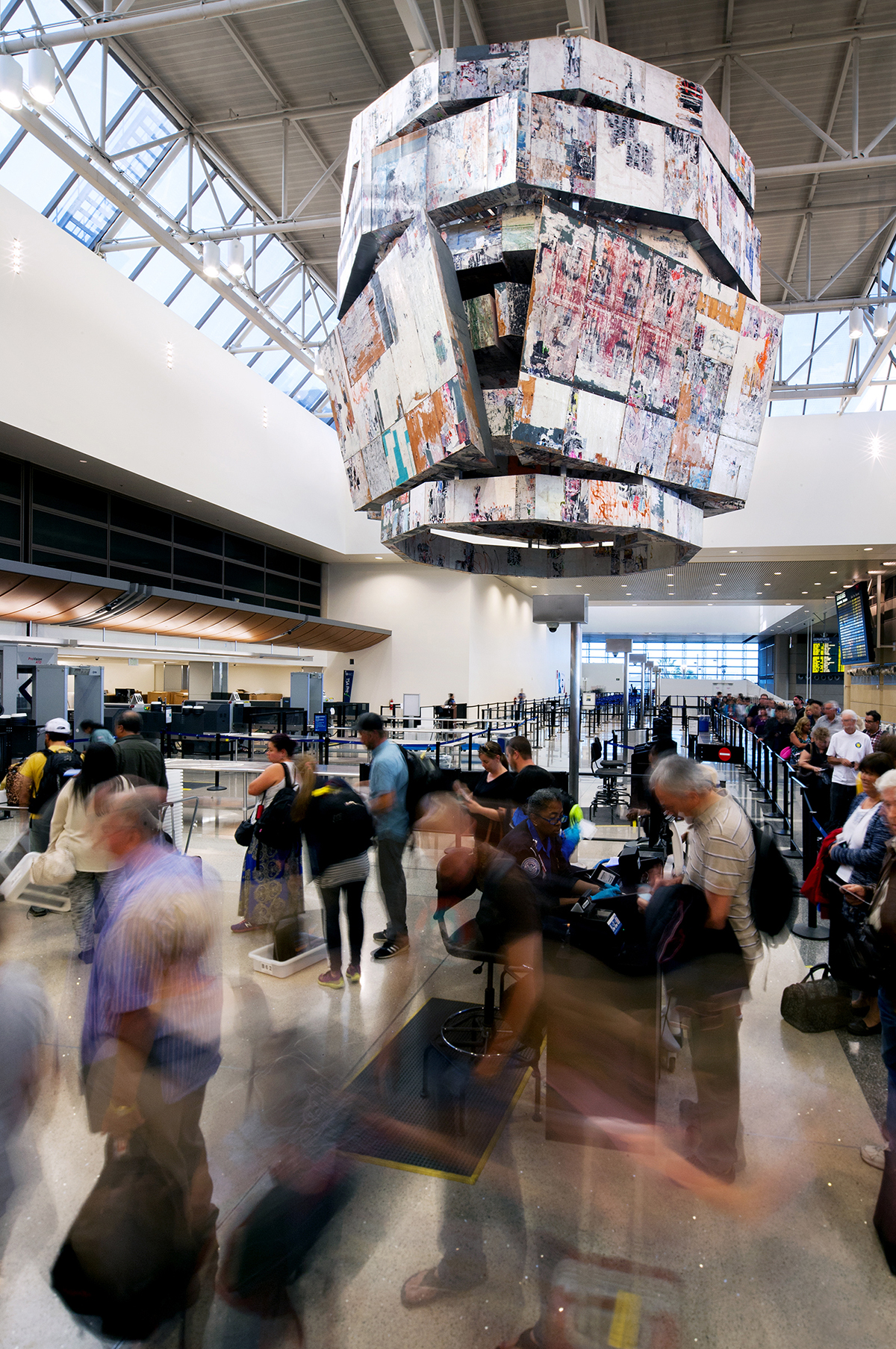 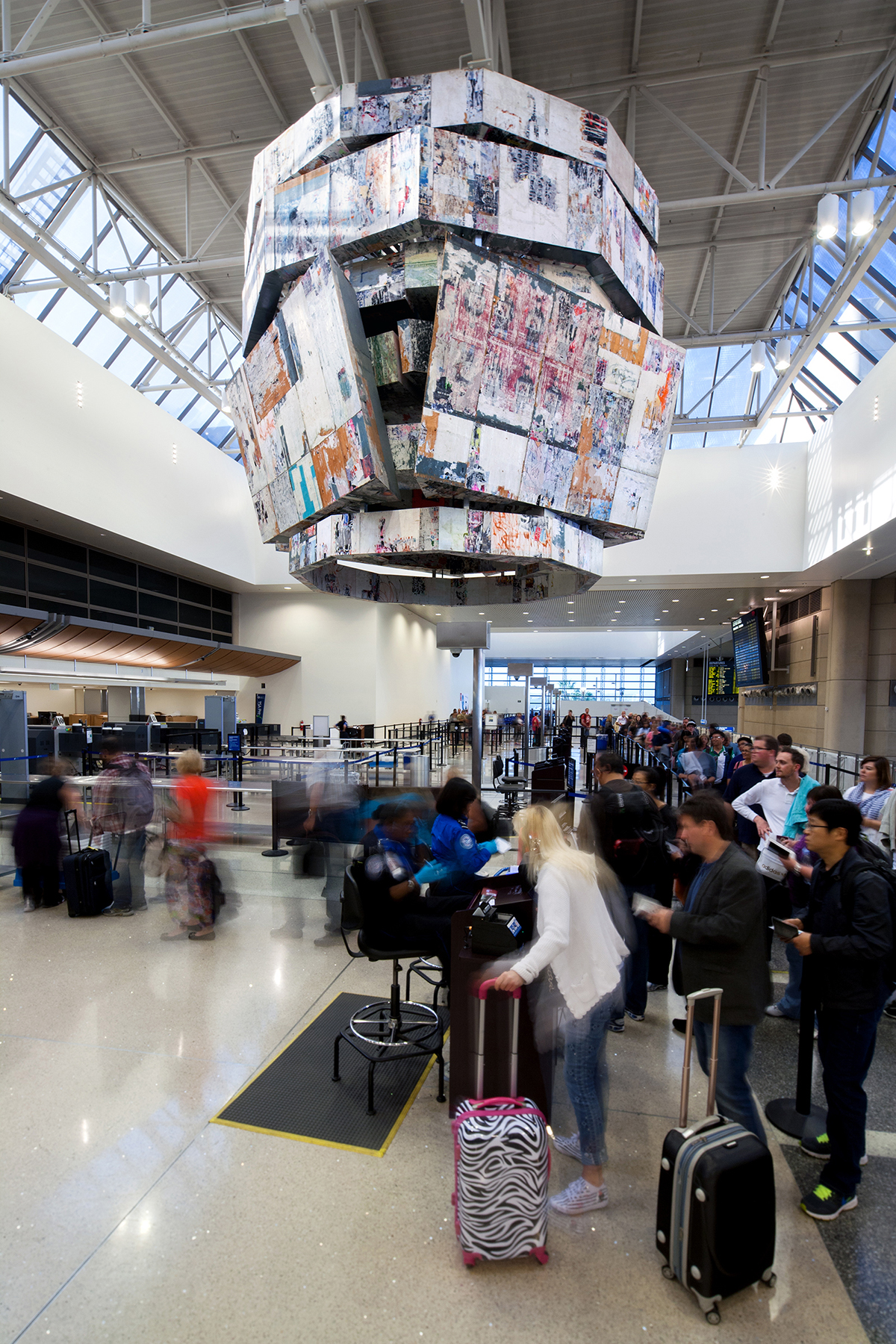