Airport Police Officers David Lalicker, Brian Lopez, Rob Pedregon, Raymond Woods, Daniel Yu and Sergeant Steve Zouzounis were honored today at the U.S. Attorney’s annual Law Enforcement Awards Ceremony. The annual event is the U.S. Attorney’s opportunity to recognize federal and local law enforcement agents and officers for their distinguished service. The six Airport Police Officers actions were instrumental in the conviction of Ciancia who is serving a life sentence without the possibility of parole.

"The events of November 1, 2013 will forever be tied to the history of LAX and the actions of these six officers serve as testimony of the dedication and courage of the men and women of the Airport Police,” said Chief of Airport Police David Maggard. 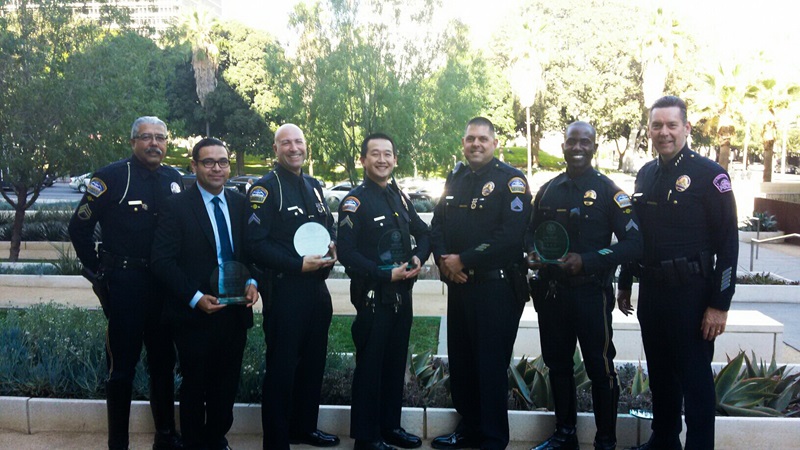