The Securing the Cities Program, funded by the Department of Homeland Security, is intended to build a capability for first responders to help detect illicit radiological and nuclear weapons or materials.  The Securing the Cities (STC) Program seeks to reduce the risk of a successful deployment of a radiological/nuclear (R/N) terrorist weapon against a major metropolitan area in the United States by establishing sustainable capability within Global Nuclear Detection Architecture (GNDA) partner agencies to detect, analyze, and report nuclear and other radioactive materials out of regulatory control within their jurisdictions.

Using multi-agency assets, personnel and equipment Airport Police swept the LAX perimeter, Central Terminal Area, cargo facilities and airfield for illicit radiation sources.
The ability to quickly identify and detect airborne radiation contamination at a critical infrastructure like Los Angeles International Airport is just another way that the men and women of the Los Angeles Airport protect the safety and security of the nation’s third busiest airport. 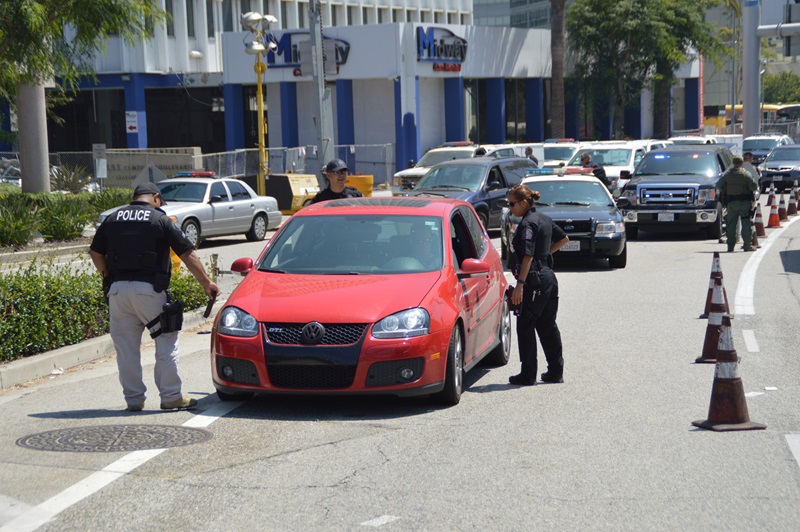