Before swearing in the newest Airport Police Officer, Los Angeles Airport Police Assistant Chief Daniel Llorens spoke to Officer Weathersbee and said, “You have my gratitude for your service to our country, your patriotism and for your representation of our Division while in the academy.”
Officer Weathersbee will now begin a six-month Field Training Program specific to aviation law enforcement under the guidance of a field training officer before being assigned to the Patrol Services Section. 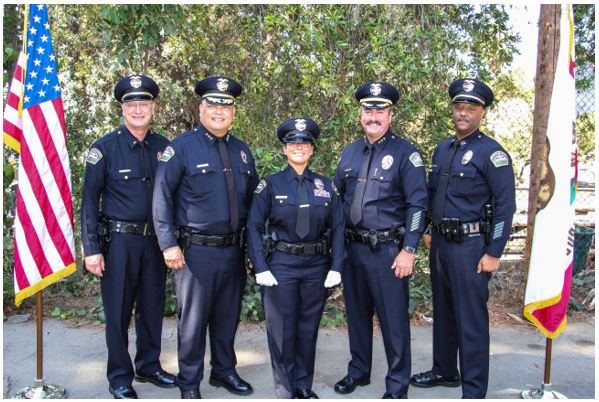