AIRPORT POLICE OFFICERS “PUT THEIR MONEY WHERE THEIR HEART IS"

(Los Angeles, California – June 6, 2016) It was a day like any other as Airport Police K-9 Officer Havon McLeod made his way to work.  Driving through the typically busy, Los Angeles afternoon freeway traffic, McLeod noticed cars ahead of him suddenly changing lanes and slowing down as they passed what the K-9 Officer initially thought was a broken down vehicle or traffic accident in the middle of the freeway.

Activating the emergency lights on his new Chevy Tahoe, K-9 Unit, McLeod stopped to see if help was needed when he discovered the backup was caused by a motorist who had accidently struck a little dog.  Officer McLeod immediately jumped into action and assessed that the dog was seriously injured and wedged under the vehicle clinging to life.  McLeod and the motorist, a United Airlines pilot and dog enthusiast, used a jacket to safely remove the pinned animal and then rushed the four legged patient to nearby Westchester Veterinarian Center.

The professionals at the Center examined “Roxy,” identified by the collar she was wearing, and contacted her family.  A few hours later Officer McLeod called to check on the little patient and was told that Roxy would likely be put down because she needed extensive surgeries and her family couldn’t afford the medical procedures. 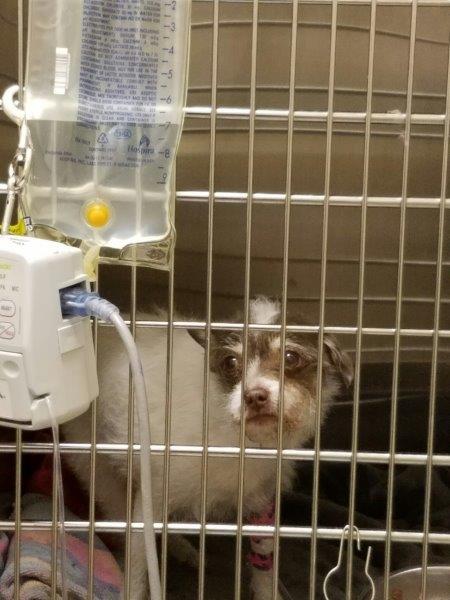 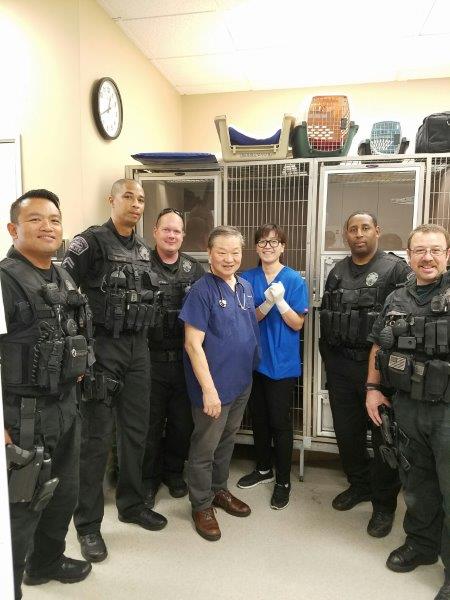