(Los Angeles, California – April 8, 2016)  "Not on my watch!"  That is the mindset of the men and women of the Los Angeles Airport Police who, on a daily basis, enforce the laws and protect the over 75 million citizens who pass through the gates of Los Angeles International Airport each year.

That statement was no more evident than on Wednesday morning when Officer Julio Perez, while working undercover on a plain-clothes detail, observed a male acting suspiciously in the baggage claim area of Terminal 4.  Officer Perez watched the 31- year-old male for a short time before the suspect removed a blue duffle bag from the baggage carousel and exited the terminal.  Officer Perez followed the suspect, who took a circuitous route to Terminal 6, constantly looking behind him to see if he was being followed.  Officer Perez then stopped the suspect and conducted an investigation.   The investigation revealed that the suspect had taken the bag and was attempting to leave the airport.

Officer Perez arrested the suspect, later identified as Steven Brinkerhoff, for grand theft and later booked him at LAPD Pacific Division jail. The property was promptly cataloged and returned to the grateful owner from Georgia.

"Our undercover officer’s demonstrated great focus and vigilance in making this arrest.  Every day the men and women of the Airport Police work hard to fight crime and protect our community and the traveling public.  You may not always see us but we are there.” said Airport Police Assistant Chief David Maggard.

With an expected increase in passenger traffic this year the Airport Police diligently works, and strategizes ways to decrease theft at Angeles International Airport (LAX), but still there is no better method than a keen-eyed officer proactively patrolling and looking for suspicious activity. 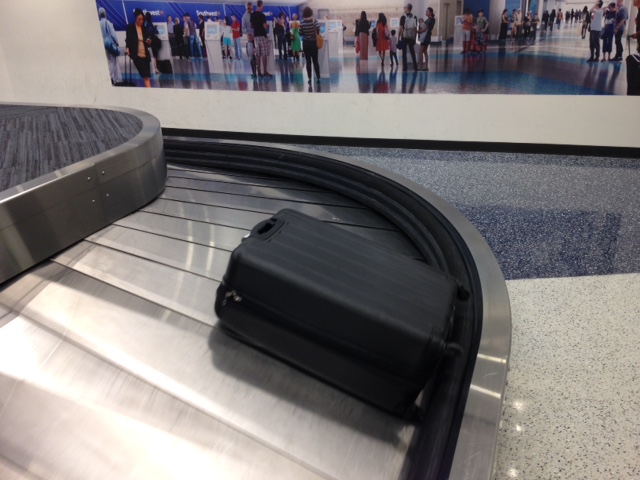