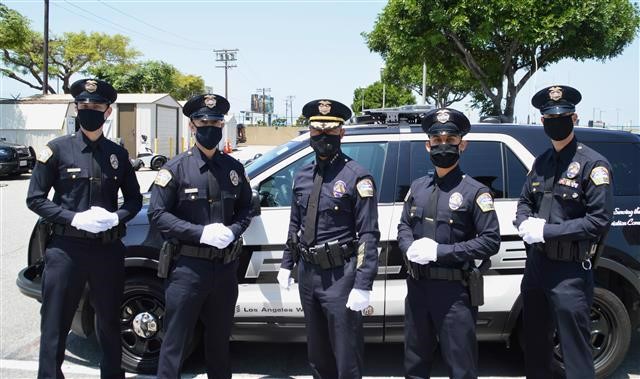 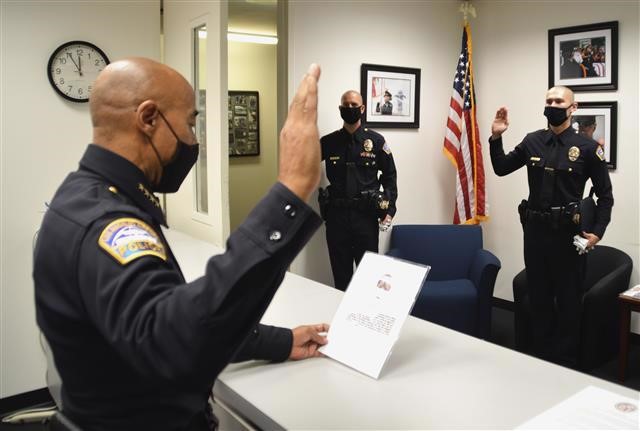 Prior to attending the police academy, Officer Carmona worked as a campus aide at Dominguez Elementary School and obtained his Bachelor's Degree in Criminal Justice from Cal State Dominguez Hills. Officer Little, a class vice president, worked at a graphic shop and obtained his Bachelor's Degree in Kinesiology from Arizona State University. Officer Torres, a squad leader and a class treasurer, comes from a law enforcement family where his father is currently a sergeant with the Fullerton Police Department. Officer Torres worked as a fitness coach prior to joining the force. Officer Mullen proudly served in the United States Marine Corps as an Infantry Officer and worked as a high school teacher at Western Christian High School. Additionally, Officer Mullen obtained his Bachelor's Degree in Illustration Visual Art from Art Center College Design and Master's Degree from Azusa Pacific University. 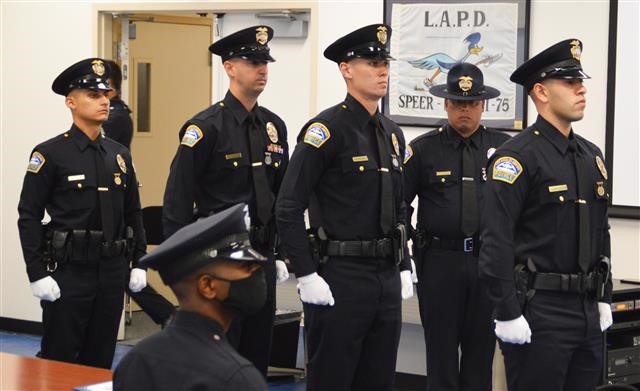 Chief Cecil W. Rhambo Jr. was pleased to announce the appointment of these four new officers to the ranks of the Los Angeles Airport Police Division.

The four new officers' responsibilities will include patrolling Los Angeles International Airport, the 2nd busiest airport in the country and the 4th busiest airport in the world. This week, they have started their post-academy training and will be followed by a six-month Field Training Program, specific to aviation law enforcement under the guidance of a Field Training Officer. Upon completion, they will be assigned to the Patrol Services Section. 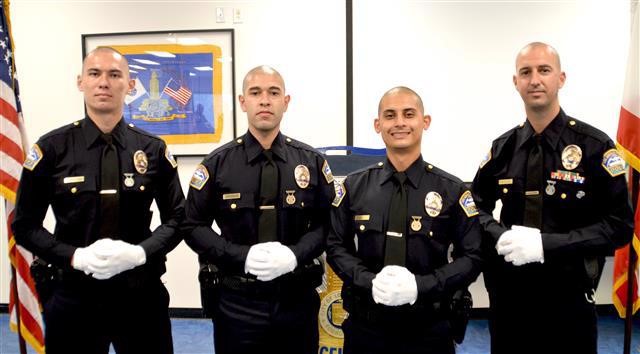