The Airport Police Division officially welcomed Officers Oscar Fernandez, Renald Galstian, and Karlo Hegedes to the force during a swearing in ceremony that was held at the Airport Police Station last week. The academy graduation ceremony was cancelled due to COVID-19.

Prior to attending the police academy, Officer Fernandez worked at the University California Irvine Office of Admissions and received his bachelor's degree in Political Science from University of California Irvine. Officer Galstian, a trilingual speaker (Armenian, Persian, and English), worked for the Burbank Police Department as an Animal Control Officer and he is a graduate of Glendale Community College. Officer Hegedes worked as a firearms instructor and studied Business Administration at the College of the Canyons.

Chief Cecil W. Rhambo Jr. was pleased to announce the appointment of these three new officers to the ranks of the Los Angeles Airport Police Division. 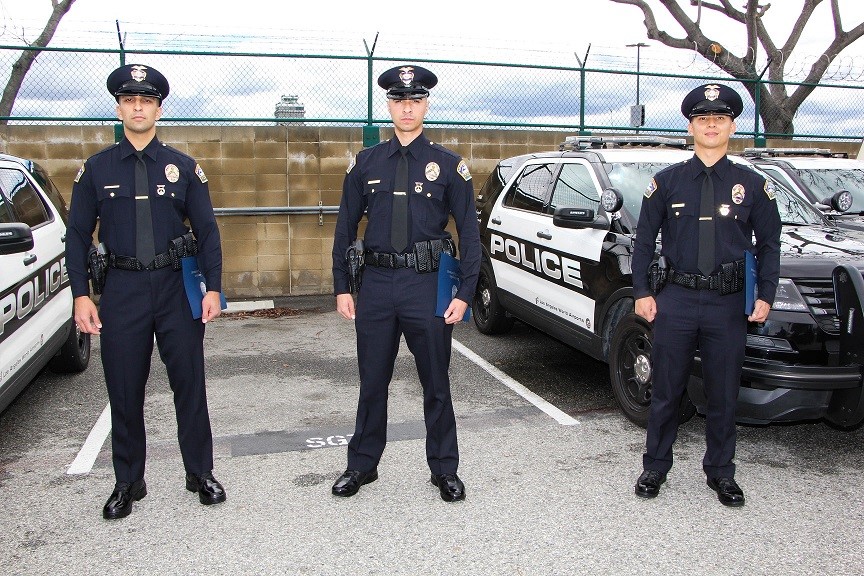 The three new officers' responsibilities will include patrolling Los Angeles International Airport, the 2nd busiest airport in the country and the 4th busiest airport in the world. This week, they have started their post-academy training and will be followed by a six-month Field Training Program, specific to aviation law enforcement under the guidance of a Field Training Officer. Upon completion, they will be assigned to the Patrol Services Section.