Prior to attending the Police Academy, Officer Genizzotti obtained his bachelor’s degree in History from California State University of Dominguez Hills and served in the United States Marine Corps Reserve. Officer Moore, a recipient of the Tina Kerbrat Award for most inspirational recruit, is a graduate of California State University of Sacramento where he obtained his bachelor’s degree in Communications and worked as an Emergency Medical Technician (EMT) for PRN Ambulance. Officer Rodriguez, a family member of K9 Officer Alfonso Lagos, obtained his Associate’s degree in Business Management from Los Angeles Mission College and worked for the Los Angeles Unified School District. Officer Costa, a trilingual speaker of English, Portuguese, and Spanish, worked as a Transportation Security Administration (TSA) officer at LAX. 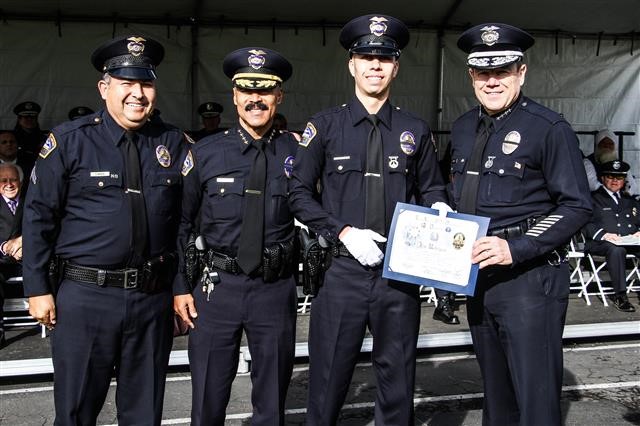 Surrounded by family and friends, Chief of Airport Police Cecil W. Rhambo Jr., addressed his four new officers. “I am pleased to announce the appointment of these four new officers to the ranks of the Los Angeles Airport Police Division. I congratulate you all for entering a proud tradition of a rewarding career in public service."

The four new officers' responsibilities will include patrolling Los Angeles International Airport, the 2nd busiest airport in the country and the 4th busiest airport in the world. Next week, they will begin their post-academy training followed by a six-month Field Training Program, specific to aviation law enforcement under the guidance of a Field Training Officer. Upon completion, they will be assigned to the Patrol Services Section. 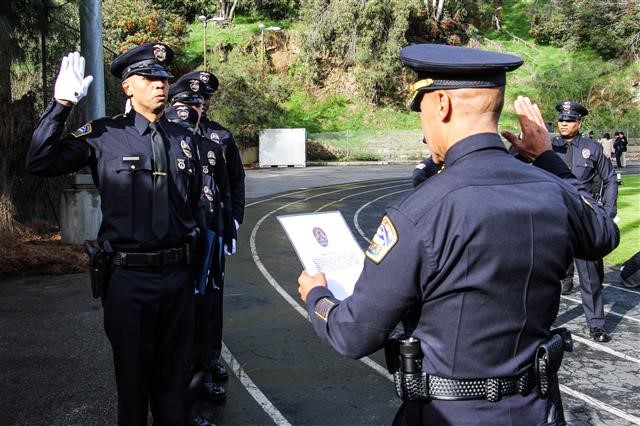