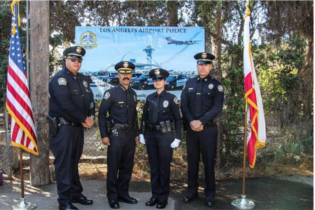 (Los Angeles, California - November 22, 2019) In a graduation ceremony held at the LAPD Academy, on the hills overlooking Elysian Park, Chief of Airport Police Cecil W. Rhambo, Jr. swore-in his first officer, since taking over the helm of the largest aviation law enforcement agency in the nation four weeks ago.

Family and friends braved the morning chill as the 40 graduates of LAPD Academy Class 6/19 received their diplomas, beginning the transition from civilian life to the noble life of public safety. Representing Airport Police was graduate Officer Elizabeth Ramirez, who held the elected postion of Secretary for Class 6/19. Officer Ramirez is a native of Southern California and graduate of California State University Northridge where she earned her Master’s Degree in Public Administration. Officer Ramirez is no stranger to public service, before attending the police academy, Ramirez was employed as a quality coach for UCLA Health.

The new officer's responsibilities will include patrolling Los Angeles International Airport, the 2nd busiest airport in the country and the 4th busiest airport in the world. On Monday, she will begin post-academy training followed by a six-month Field Training Program, specific to aviation law enforcement under the guidance of a Field Training Officer. Upon completion, she will be assigned to the Patrol Services Section. 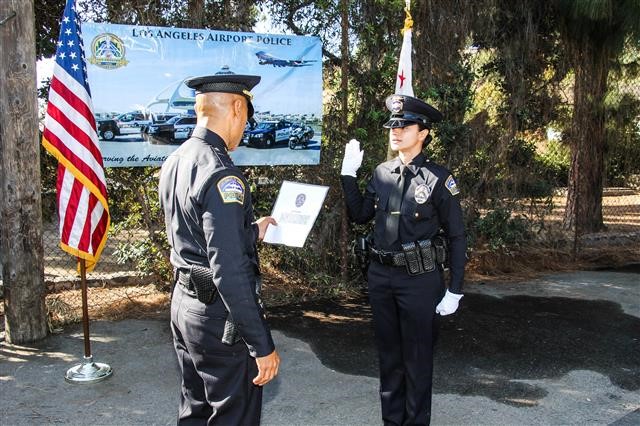