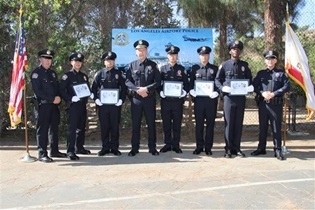 (Los Angeles, California - August 30, 2019)  The largest aviation law enforcement agency in the nation just got a little bigger.  Pride and excitement is all that shadowed the crowd from the golden sun in the rolling hills of the LAPD Academy in Elysian Park.

Surrounded by family and friends Deputy Executive Director of Public Safety and Chief of Airport Police David L. Maggard Jr. addressed his five new officers.  "Today is a proud day for you and your family and while it may feel like a pinnacle in your career it is really just the first of many ridges.  The difference is that to this point you have made your journey alone from now on you travel as a team.  Welcome to the Airport Police family," said Maggard.

The five new officers' responsibilities will include patrolling Los Angeles International Airport, the number two busiest airport in the country and number four busiest airport in the world. Monday they begin a post academy training followed by a six-month Field Training Program specific to aviation law enforcement under the guidance of a Field Training Officer.  Upon completion, they will be assigned to the Patrol Services Section. 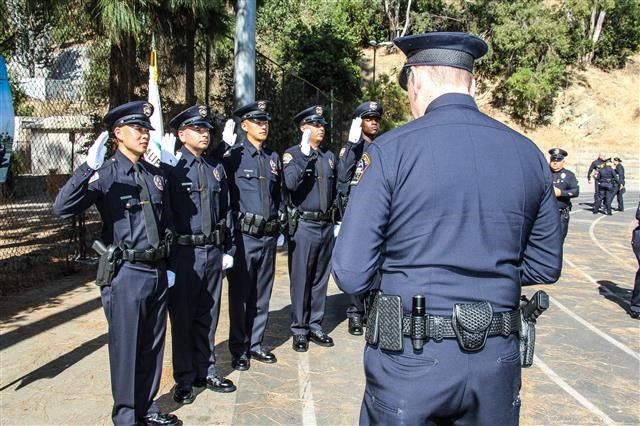