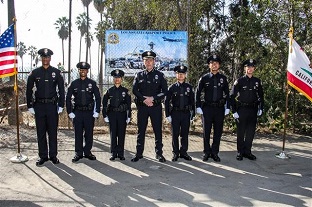 Before swearing in his six new officers, Chief Maggard addressed the academy graduates and their families. He thanked graduates Gikas, Bell and Harris for their leadership roles as class leader, squad leader and class treasurer respectively. Additionally, Chief Maggard congratulated Gikas for being awarded "Top Shot" for best recruit in firearms proficency and De Leon for being awarded the "Tina Kerbrat Award" for most inspirational recruit. Chief Maggard then said, "It's my pleasure to swear-in six new officers as Airport Police, I know you worked hard and were committed during your training in the academy and I challenge you to maintain that same work ethic and commitment throughout your career's in law enforcement."

The six new Airport Police Officers will now begin a six-month Field Training Program specific to aviation law enforcement under the guidance of a field-training officer. Upon completion, they will be assigned to the Patrol Services Section. 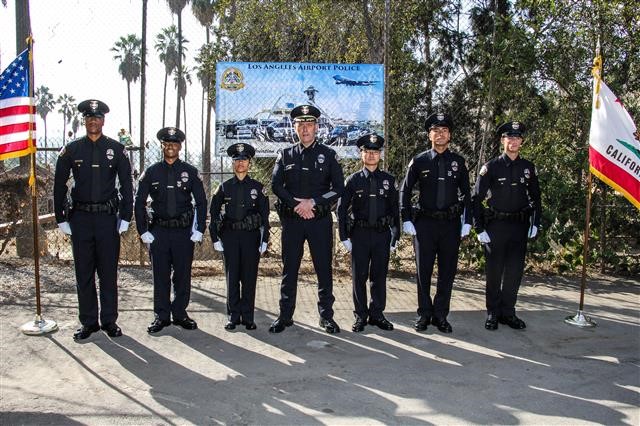 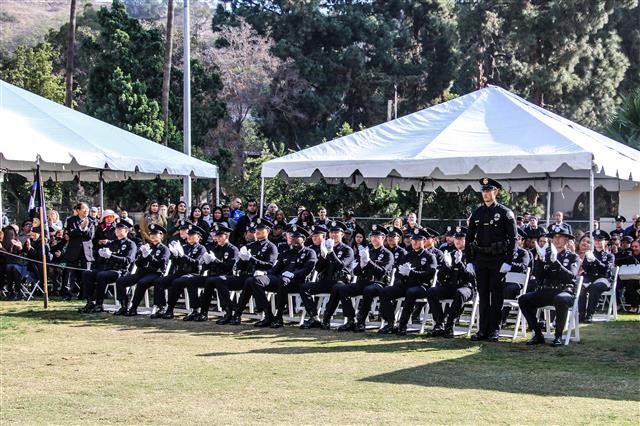