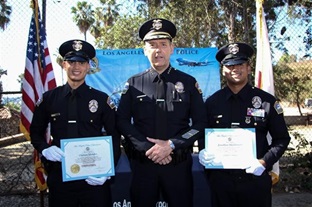 Officer Jonathan Maldonado, a nine year Air Force veteran proudly represented the Airport Police as a member of the color guard for class 3-18.  Officer Osman Mendez a native of Los Angeles graduated from Sterling College with a Bachelor of Arts degree in exercise science.  Officer Maldonado and Officer Mendez were surrounded by family and friends as Chief of Airport Police David L. Maggard Jr. swore them in as Airport Police officers.

"This is a proud day for you and your families, but it's not the end of your journey. It's the first step in a proud tradition of a rewarding career in public servce and I congratulate you," said Chief Maggard.

The two new Airport Police Officers will now begin a six-month Field Training Program specific to aviation law enforcement under the guidance of a field-training officer.  Upon completion, both officers will be assigned to the Patrol Services Section. 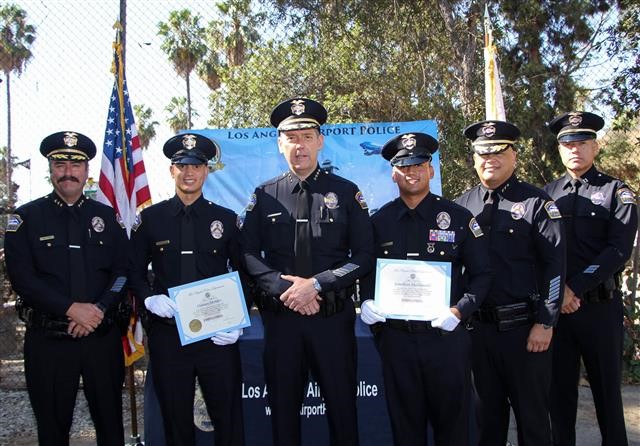