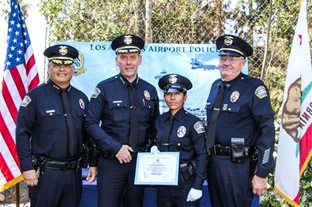 (Los Angeles, California – August 3, 2018) The largest aviation law enforcement agency in the nation increased thier number by one today as Officer Imelda Gutierrez was sworn in as an Airport Police Officer. In a graduation ceremony held at the Los Angeles Police Academy near Dodger Stadium, the recruits of LAPD Class 2-18 proudly transitioned from civilian life to a life of service as first responders.

Officer Gutierrez, a native of the City of Angels and graduate of the California State University Los Angeles, is no stranger to serving the community. Gutierrez, a former substitute teacher brings her people skills, training, and experience to the Airport Police.

Officer Gutierrez will now begin a six-month Field Training Program specific to aviation law enforcement under the guidance of a field-training officer. Upon completion, she will be assigned to the Patrol Services Section. 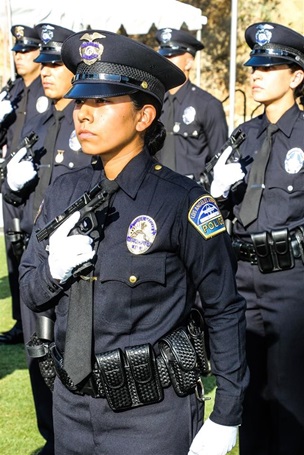