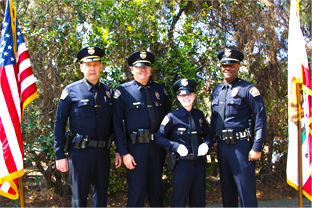 Officer Yee will now begin a six-month Field Training Program specific to aviation law enforcement under the guidance of a field training officer before being assigned to the Patrol Services Section.