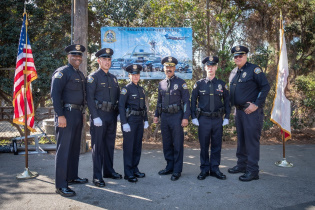 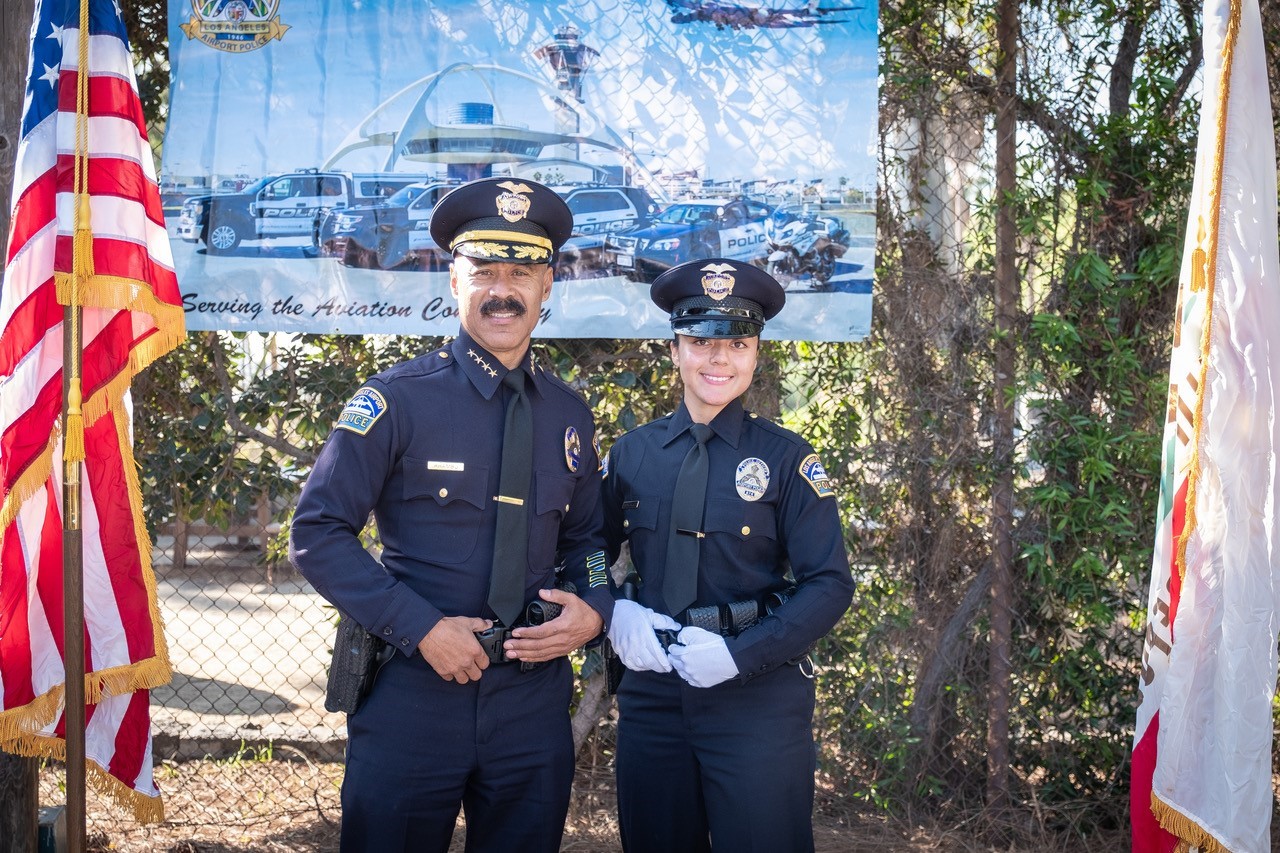 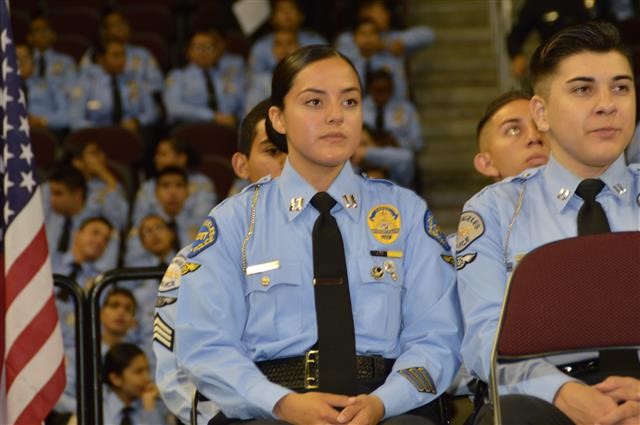 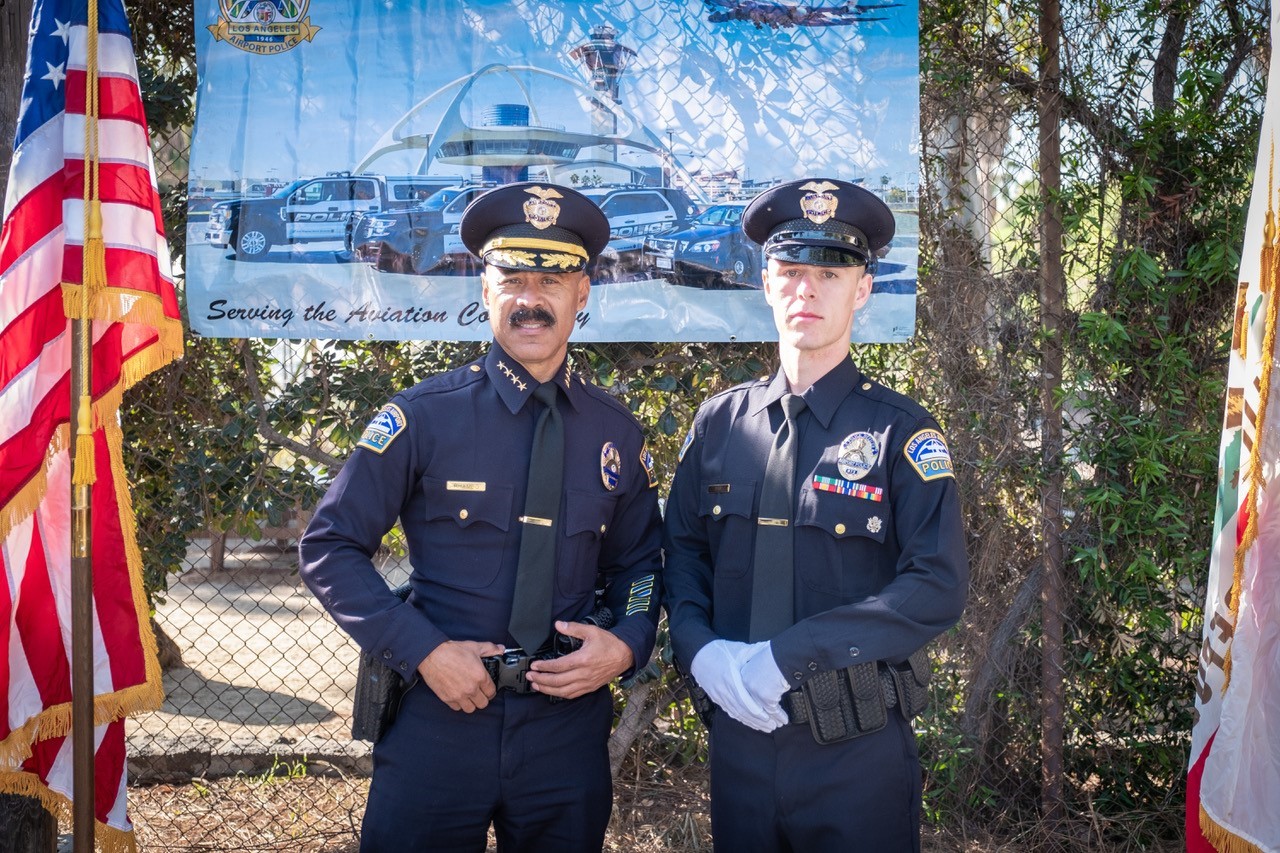 Officer Dyer, a military veteran, proudly served in the United States Army as an Airborne Infantryman prior to becoming an Airport Police officer. 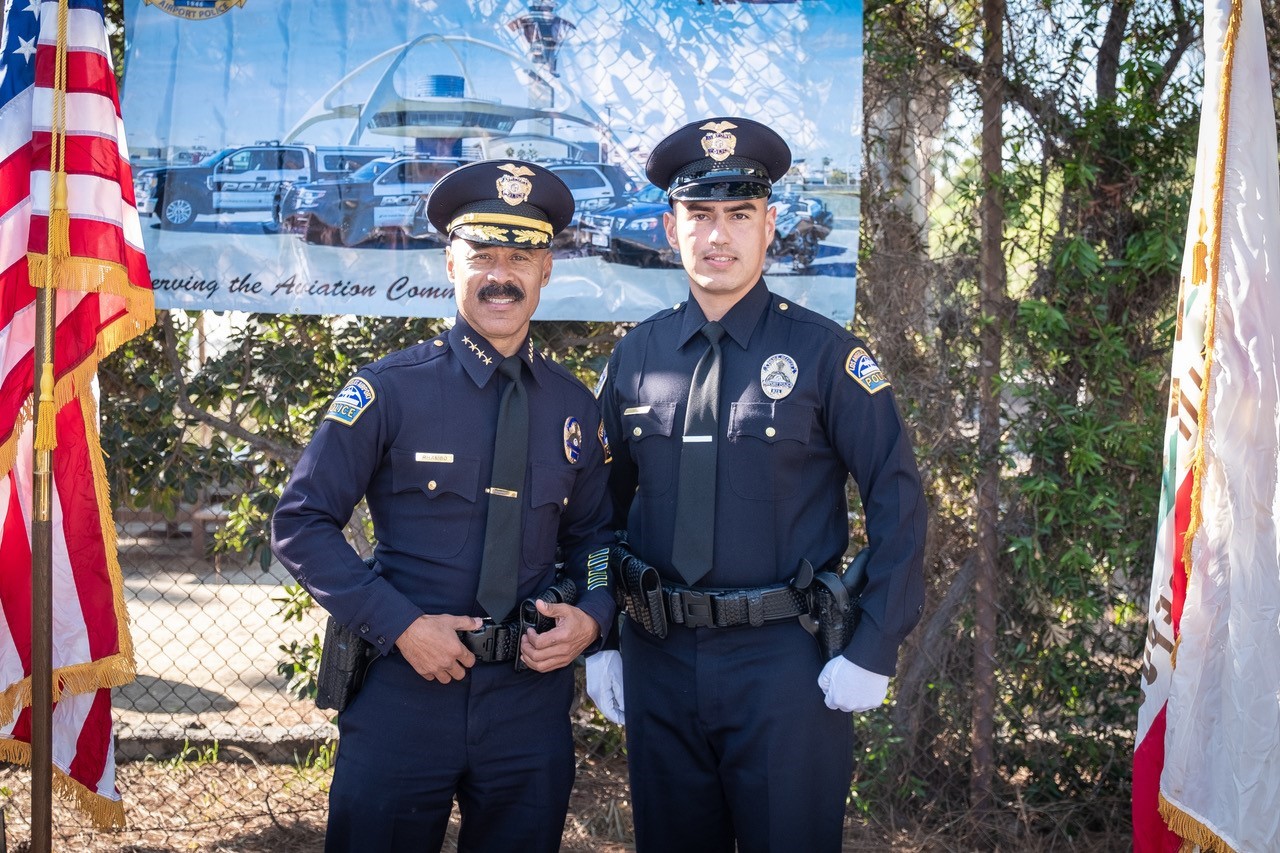 Officer Gaytan worked as a sales representative and received his bacherlor's degree in Criminal Justice from Westwood College. 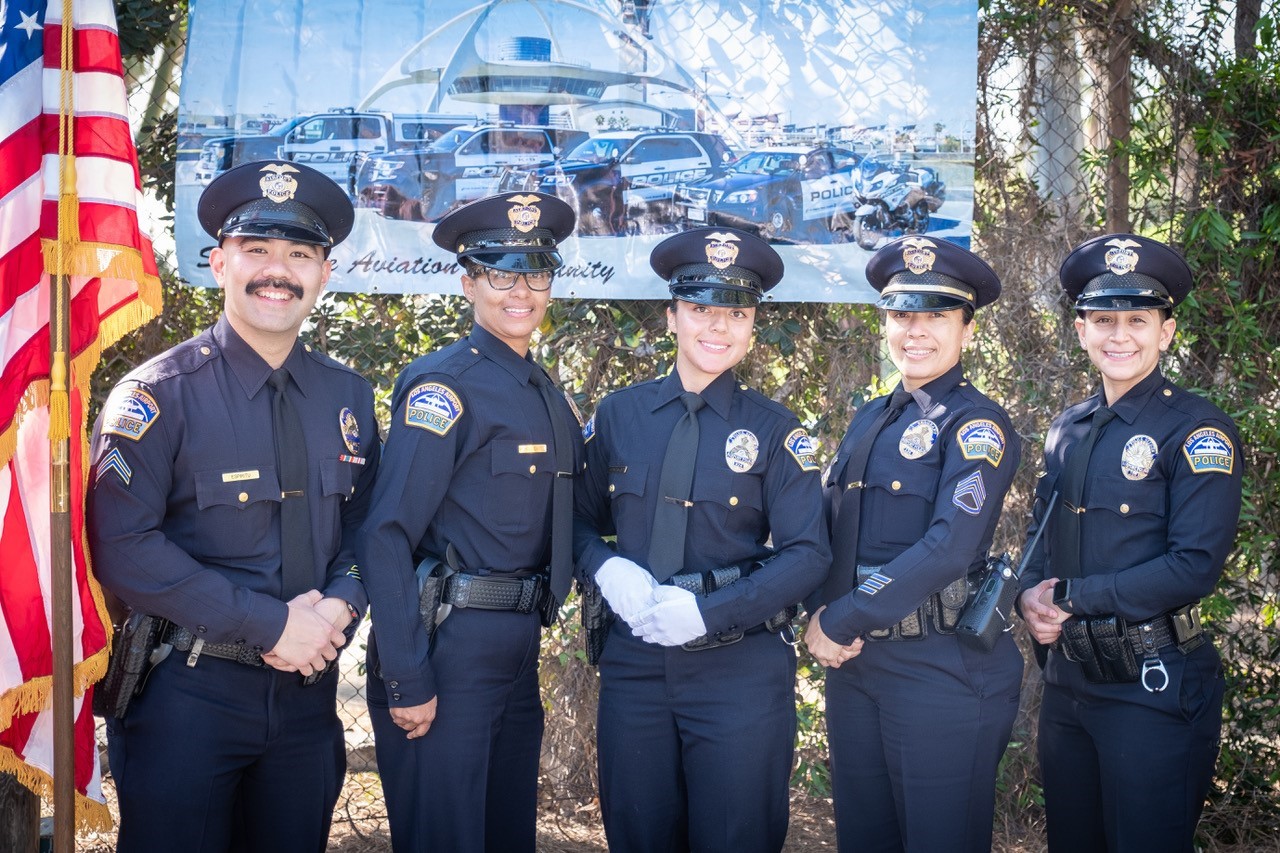 Surrounded by family and friends, Chief of Airport Police Cecil W. Rhambo Jr. was pleased to announce the appointment of these three new officers to the ranks of the Los Angeles Airport Police Division.
The three new officers' responsibilities will include patrolling Los Angeles International Airport, the 2nd busiest airport in the country and the 4th busiest airport in the world. Next week, they will begin their post-academy training followed by a six-month Field Training Program, specific to aviation law enforcement under the guidance of a Field Training Officer. Upon completion, they will be assigned to the Patrol Services Section. 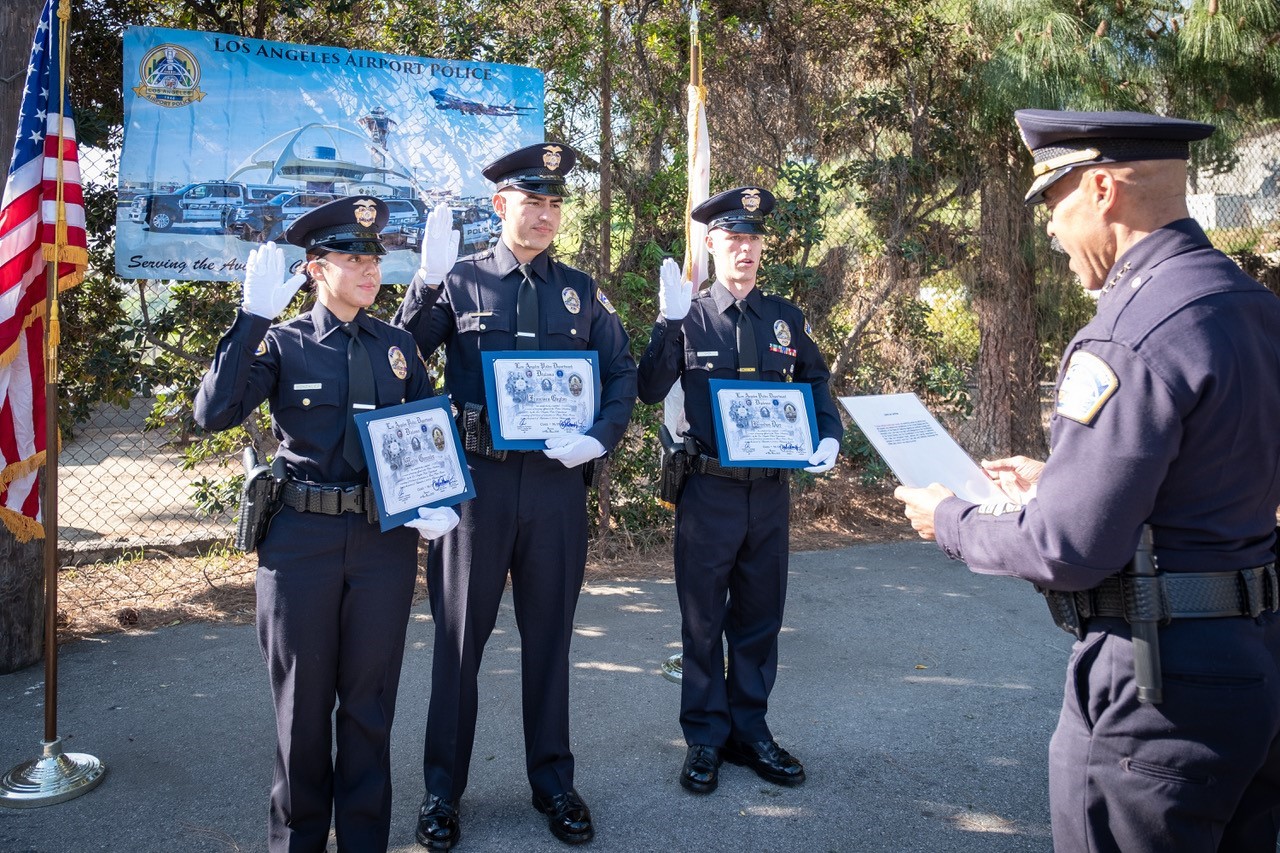