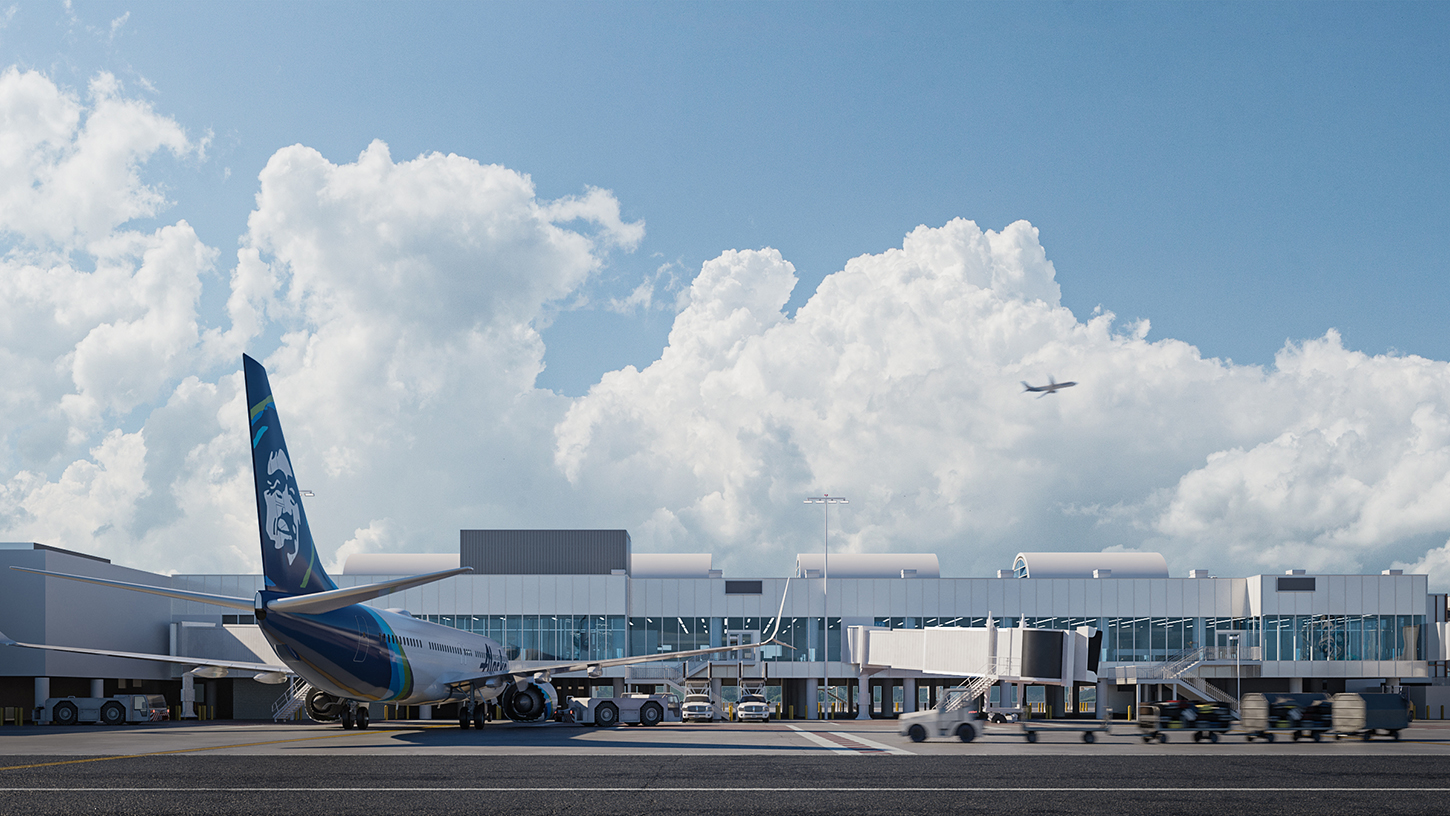 A rendering shows the outside of Gate 61 as part of a $230 million modernization project at Terminal 6. 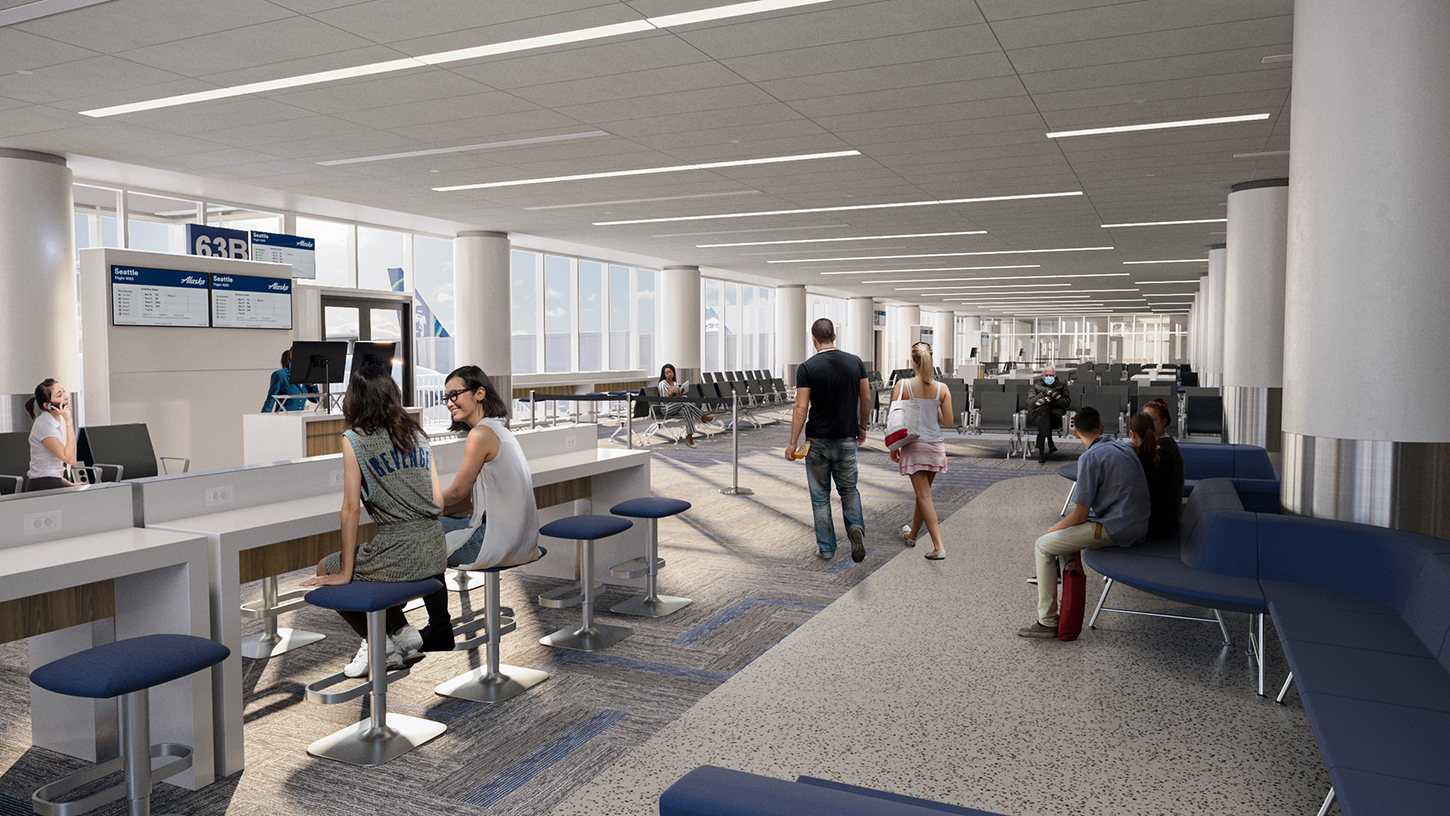 A rendering shows the holdroom near Gate 63B as part of a $230 million modernization project at Terminal 6. 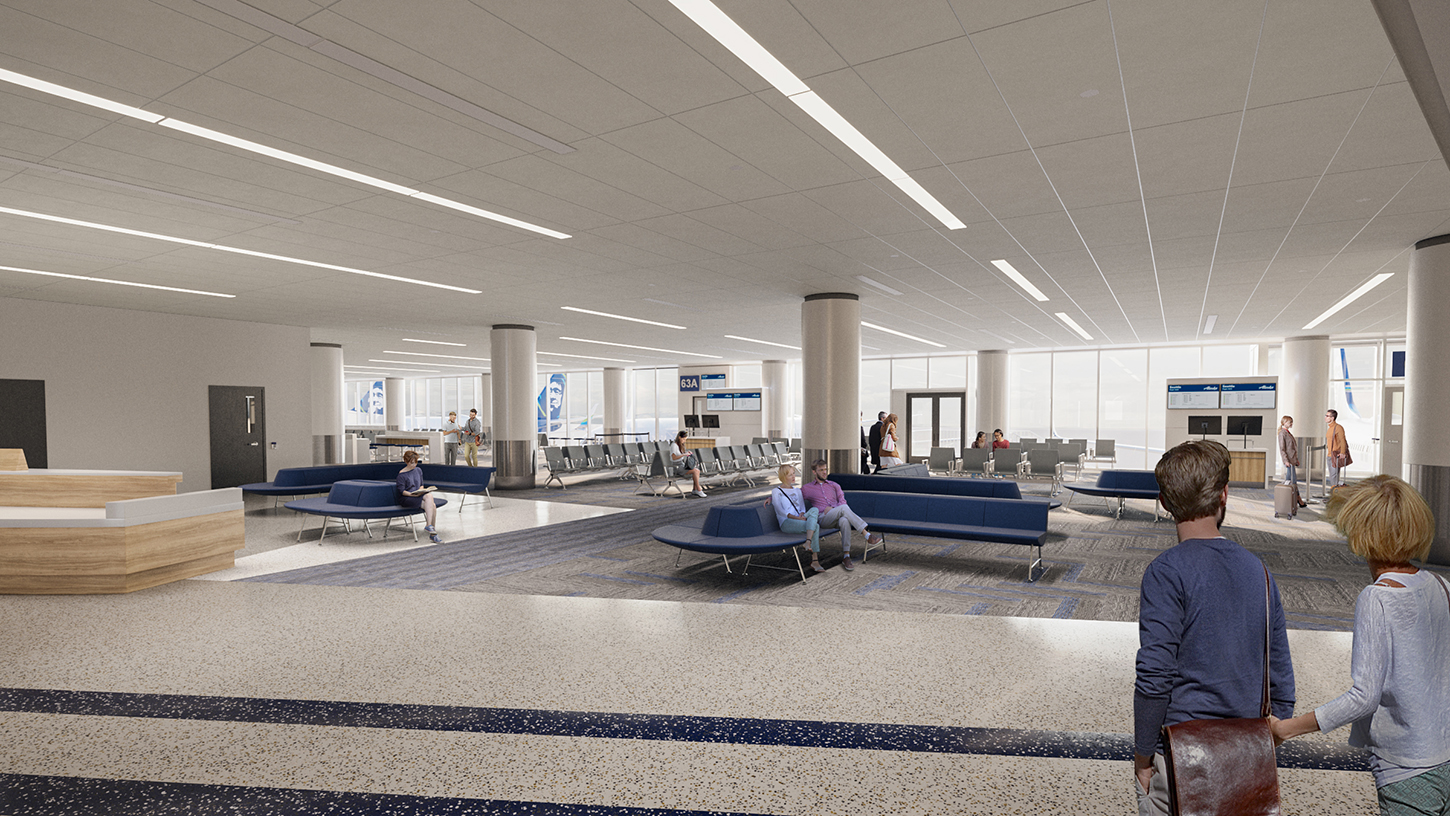 A rendering shows the additional space available in the concourse as part of a $230 million modernization project at Terminal 6. 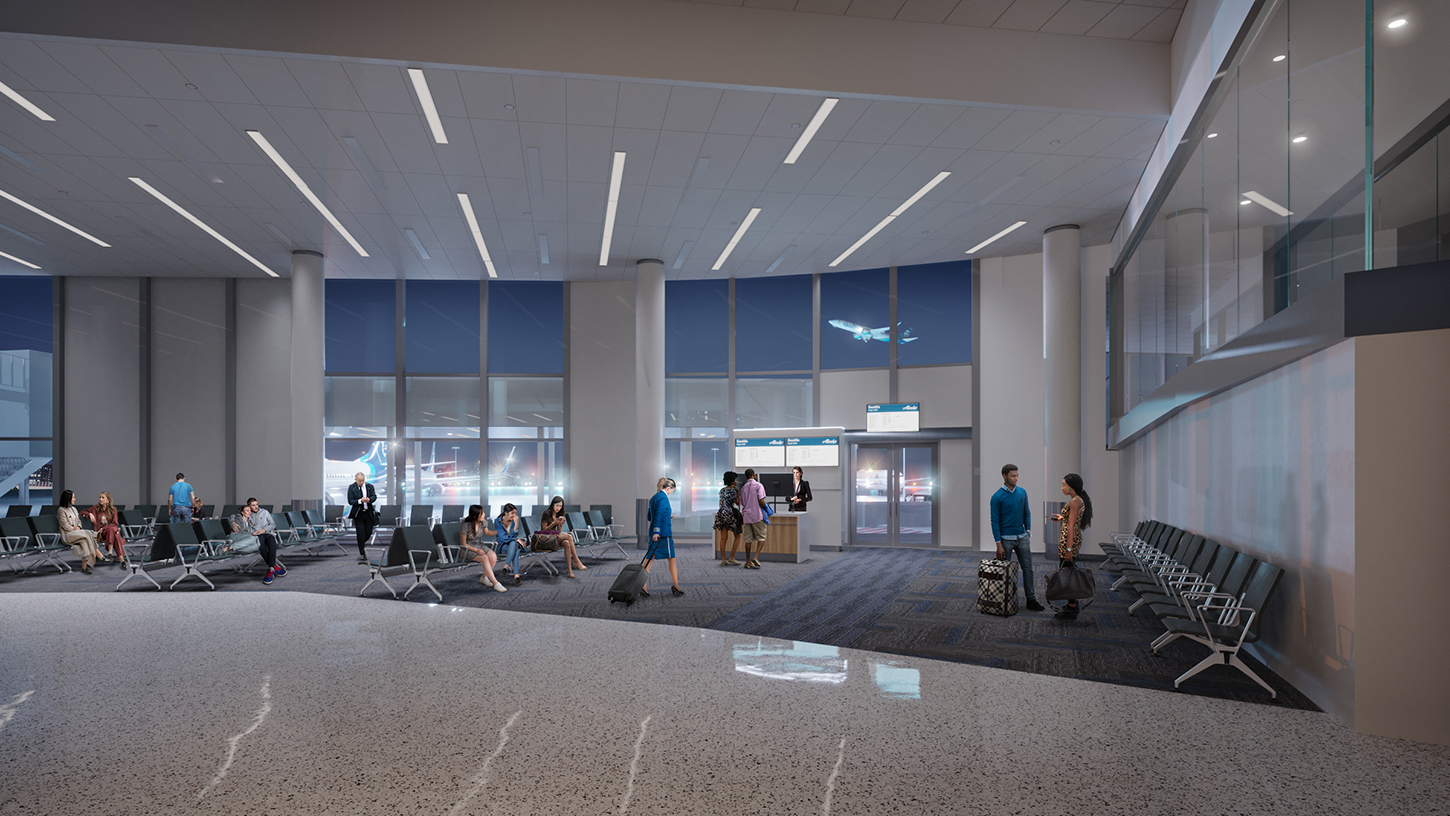 A rendering shows the east side of Terminal 6 and the bus gate area as part of a $230 million modernization project.

Construction is underway on a $230 million project that will greatly improve the guest experience at Terminal 6, including a complete overhaul of the gate areas and lounges, and the replacement of passenger boarding bridges. The project is expected to be completed in 2023.

The work in Terminal 6 also includes improvements to how guests access U.S. Customs and Border Protection’s Federal Inspection Station (FIS) and the modernization of the Transportation Security Administration’s (TSA) Security Screening Checkpoint, which will feature five Automated Screening Lanes and three standard lanes. A drive-through bus gate, which will provide better access for guests transferring to or from other terminals, is also part of the project.

This work is in addition to the concurrent construction of a Terminal Vertical Core that will connect Terminals 5 and 6 to the future Automated People Mover train system.

Four gate area holdrooms will be enlarged as part of the project, with renovations taking place in 11 other gate areas, creating a cohesive look throughout the space. The project is being administered by Alaska Airlines, which is the leaseholder in Terminal 6, with Rivers and Christian serving as designer and PCL the lead contractor.

The original Terminal 6 satellite was built in 1961 along with many of the current LAX Central Terminal Area facilities. A second-level concourse with four gates was added to Terminal 6 in the mid-1980s, and two projects totaling $318.5 million were completed between 2012 and 2016 to renovate the baggage claim area and ticketing lobby, as well as update and expand concessions space