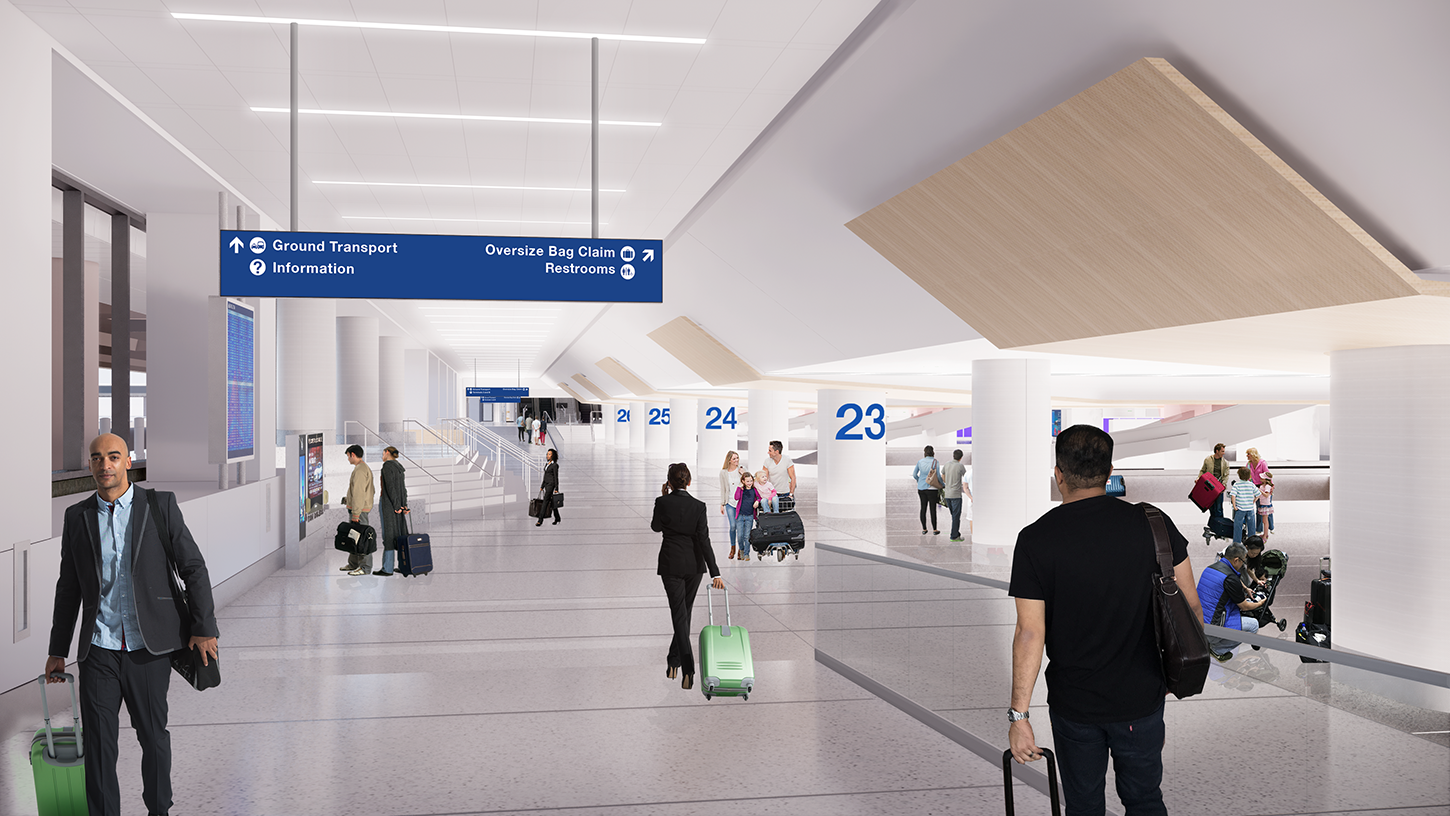 Baggage carousels will serve Terminals 2 & 3 on the lower level of the new facility. 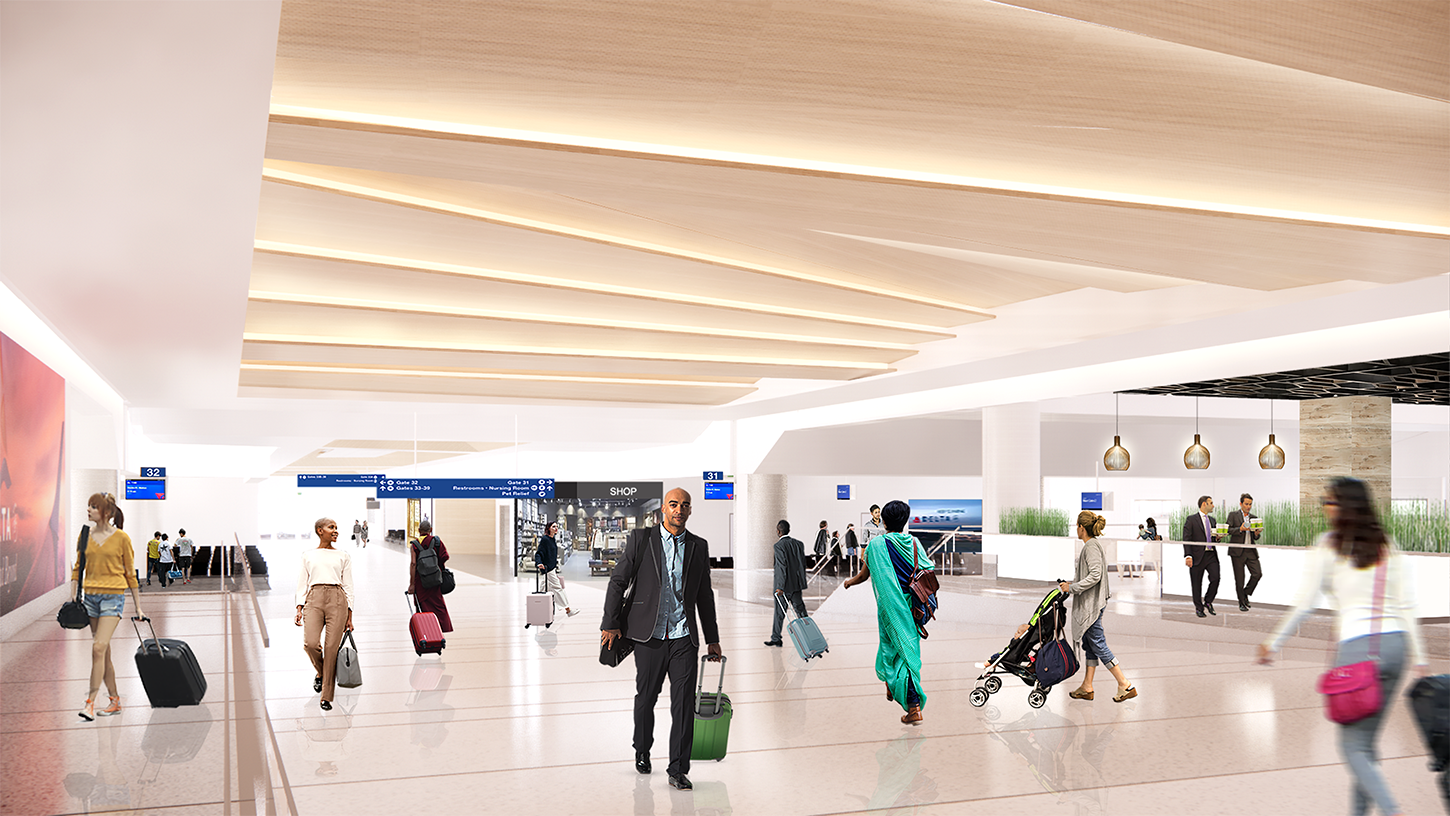 The new headhouse includes a bright ticketing lobby that will serve Delta Air Lines and its partner airlines. 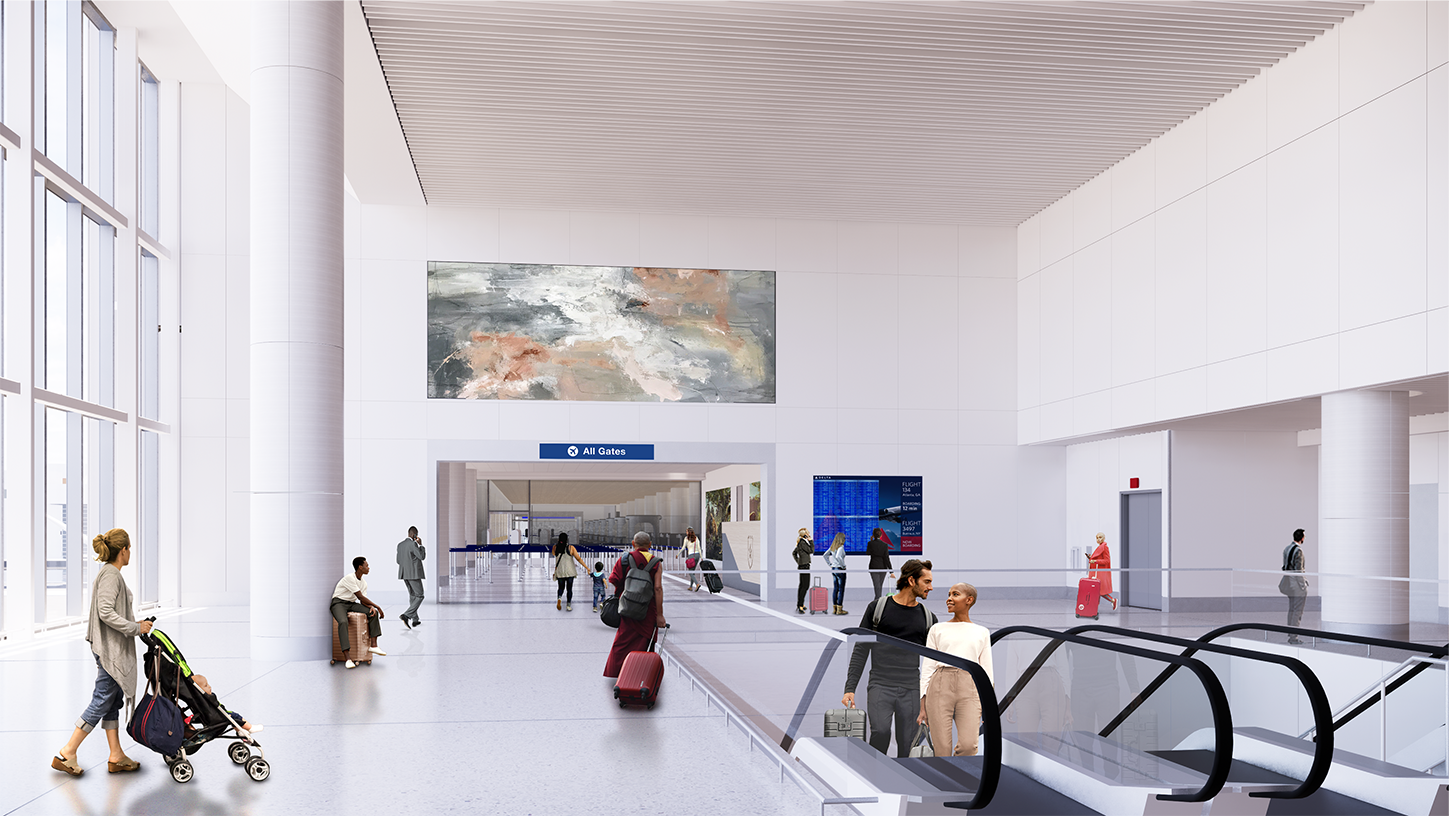 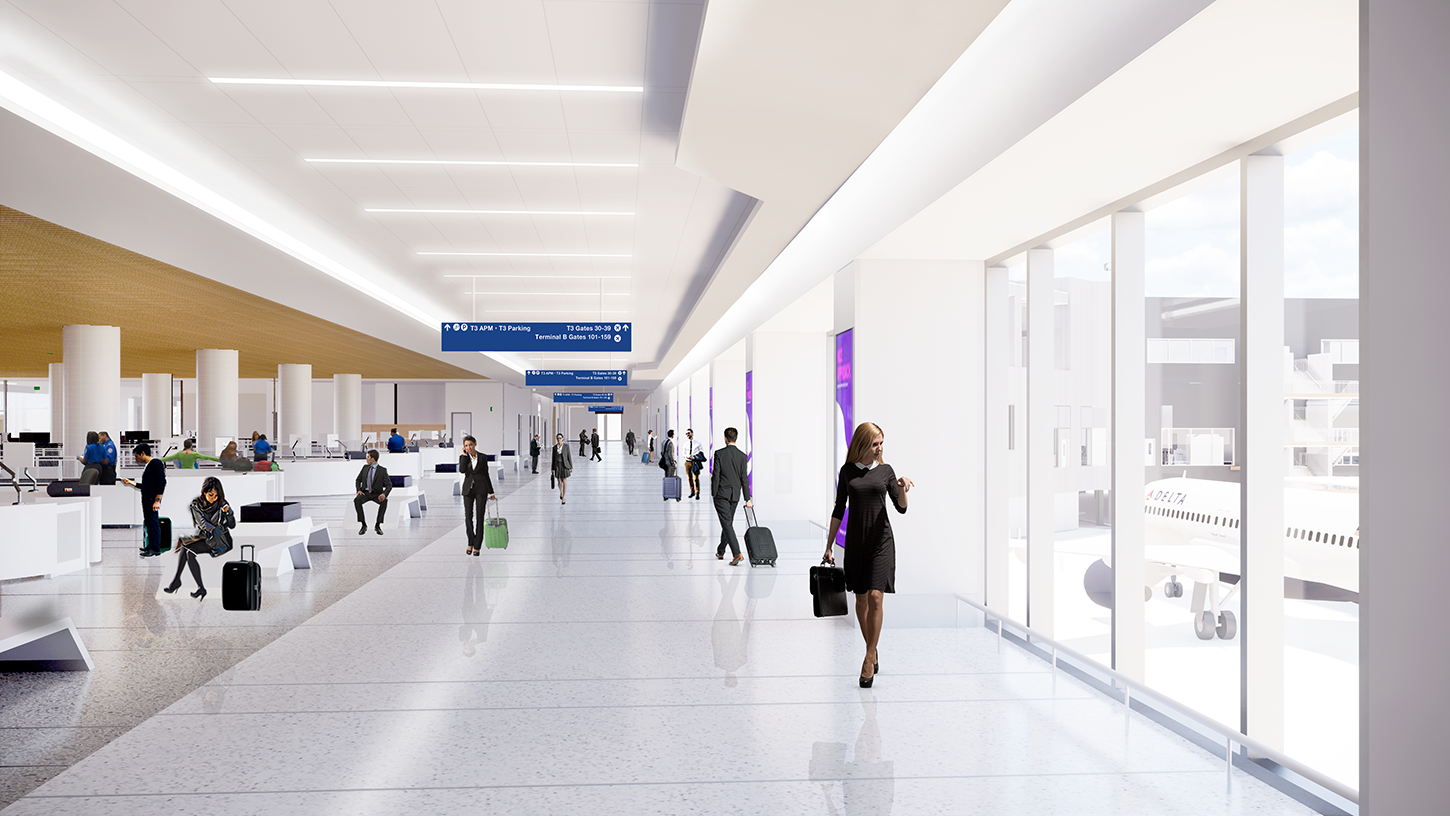 A spacious area is located just past the Transportation Security Administration checkpoint. 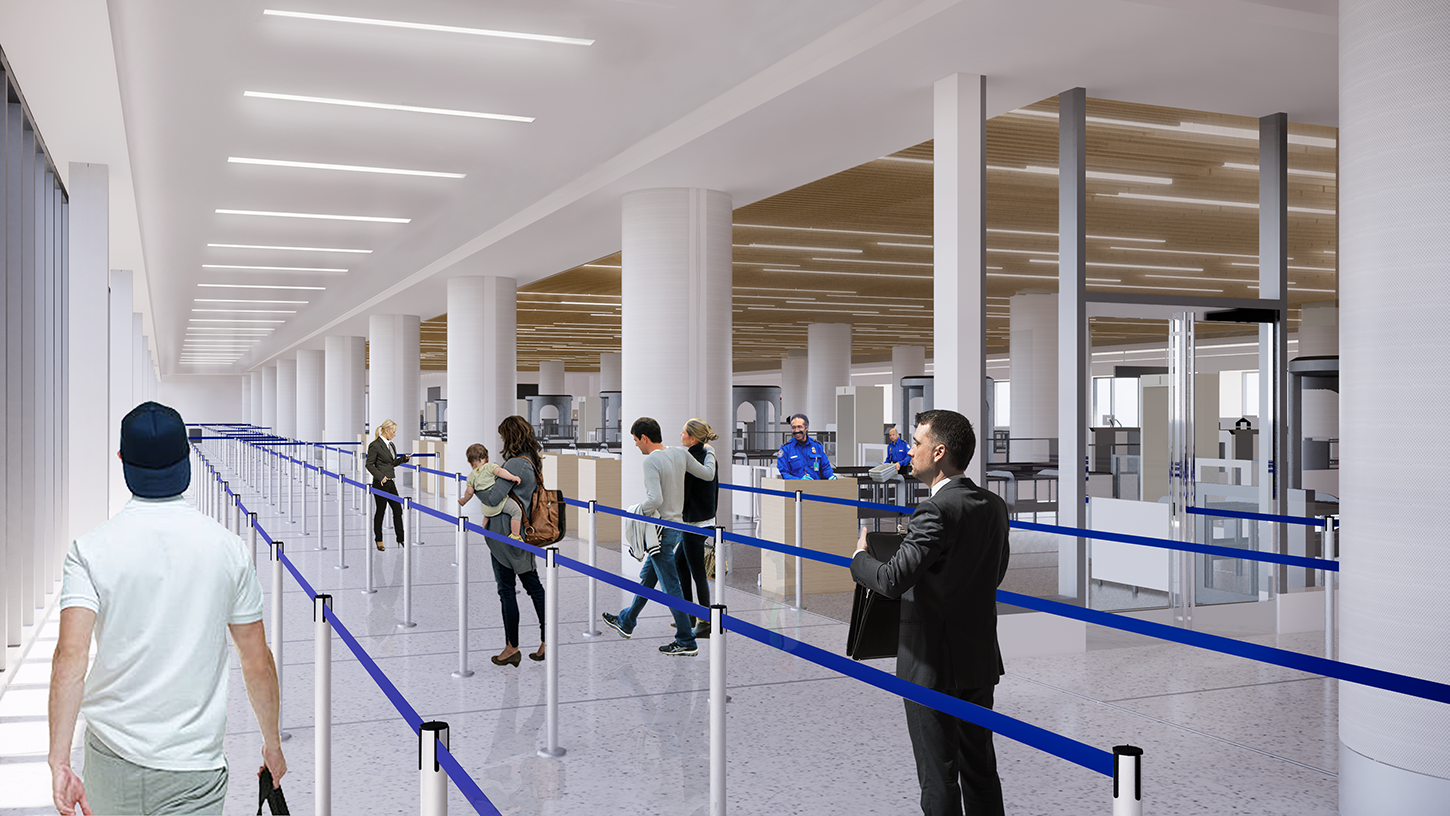 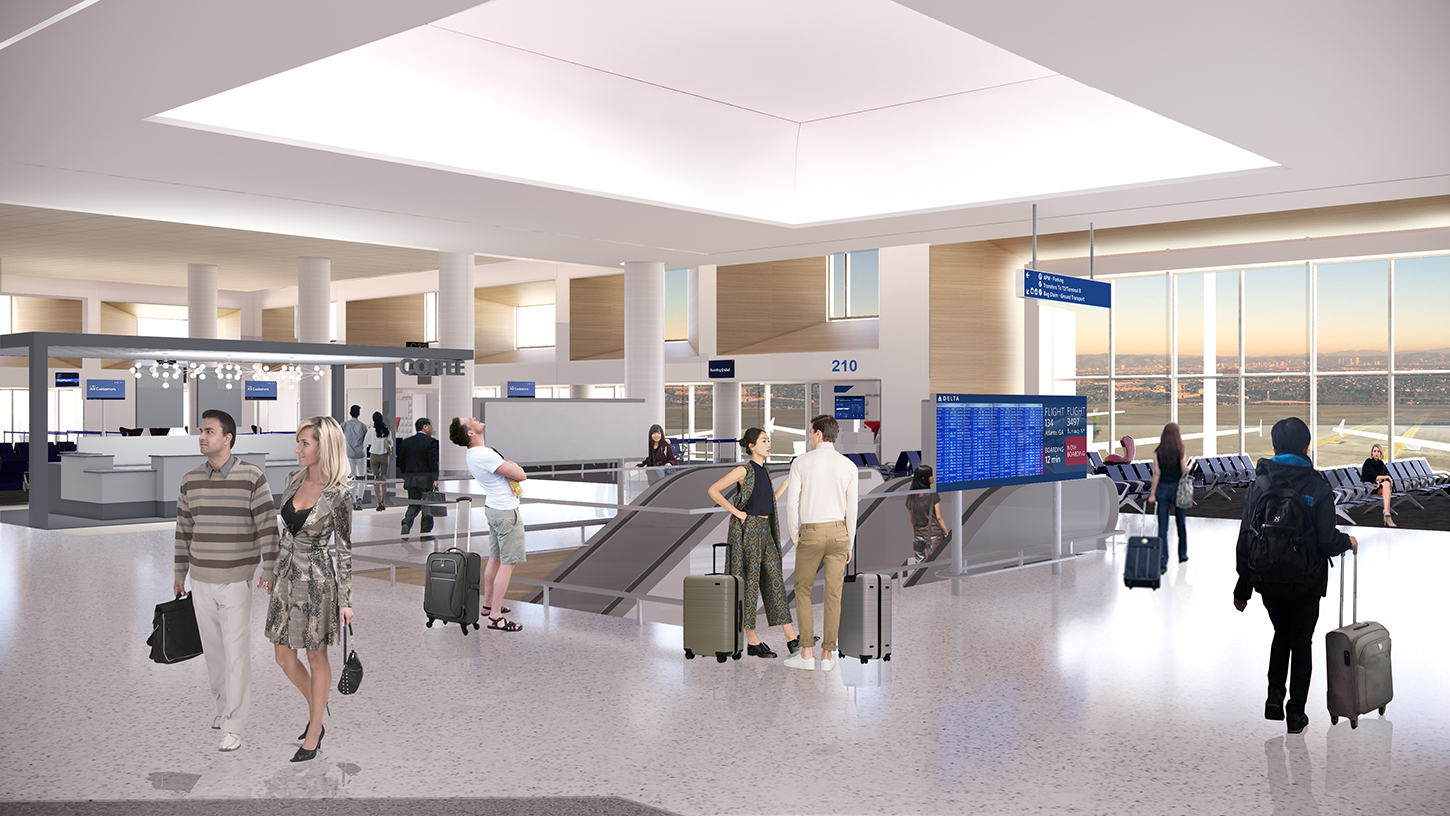 The new headhouse makes extensive use of glass to allow in natural light. 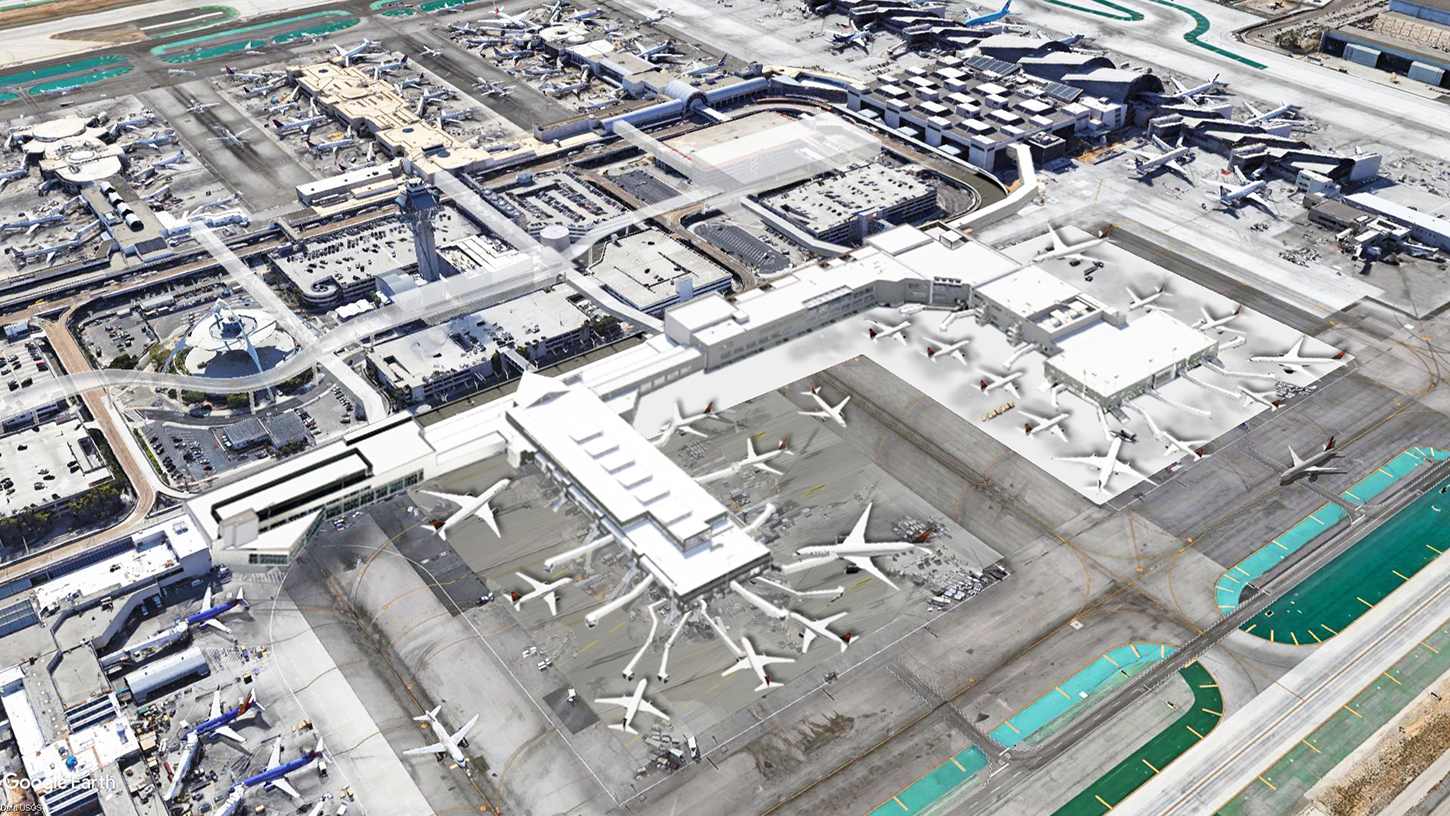 An aerial rendering of the new Terminals 2 & 3 layout.

Terminals 2 and 3, home to Delta Air Lines, Aeromexico, and WestJet, is currently undergoing a $2.3 billion modernization that broke ground in April 2019. The project includes a new headhouse for Terminals 2 and 3, the complete replacement of the Terminal 3 concourse and original 1961 satellite, a connection behind security between Terminal 3 and Tom Bradley International Terminal and connection to the Automated People Mover (APM) train system. The project was originally slated to complete in 2024, but has been accelerated by approximately 18 months due to the downturn in passenger traffic caused by COVID-19 and is now projected to complete in mid-2023. Terminal 3 was closed to the public in 2019 and torn down, allowing for construction of the new facility without significant impacts to passenger operations.

The new central headhouse, which opened in April 2022, includes a consolidated check-in lobby, security checkpoint with Automated Screening Lanes, a centralized baggage claim area and the largest Delta Sky Club at any airport. The first three gates in the new Terminal 3 opened on May 25, 2022.

Other project features include:

The modernization project is designed to earn Leadership in Energy and Environmental Design (LEED) Silver certification from the U.S. Green Building Council.

Prior to the start of the current project, the Terminal 2 satellite was replaced in the mid-1980s with a new concourse and a $332 million improvement project was completed between 2013 and 2017, updating the ticketing lobby, baggage claim and concourse, and developing a new concessions program. Delta Airlines relocated its operations from Terminals 5 and 6 to Terminals 2 and 3 near completion of this project.

The general contractor for the project is Hensel Phelps, with Arup the engineer of record and Gensler serving as the architect under Arup.