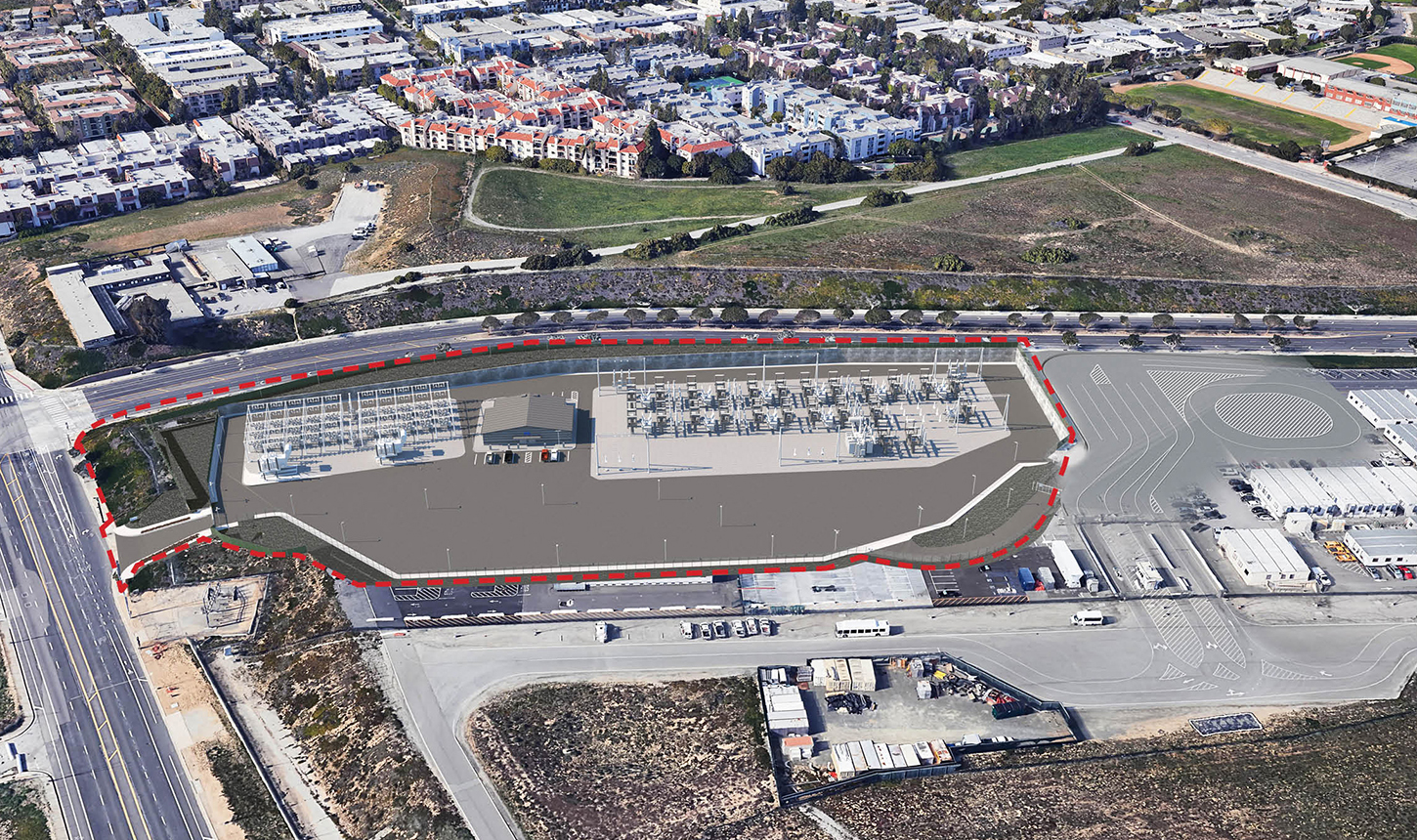 An aerial rendering of Receiving Station X project, which is located off Westchester Parkway and Pershing Drive. 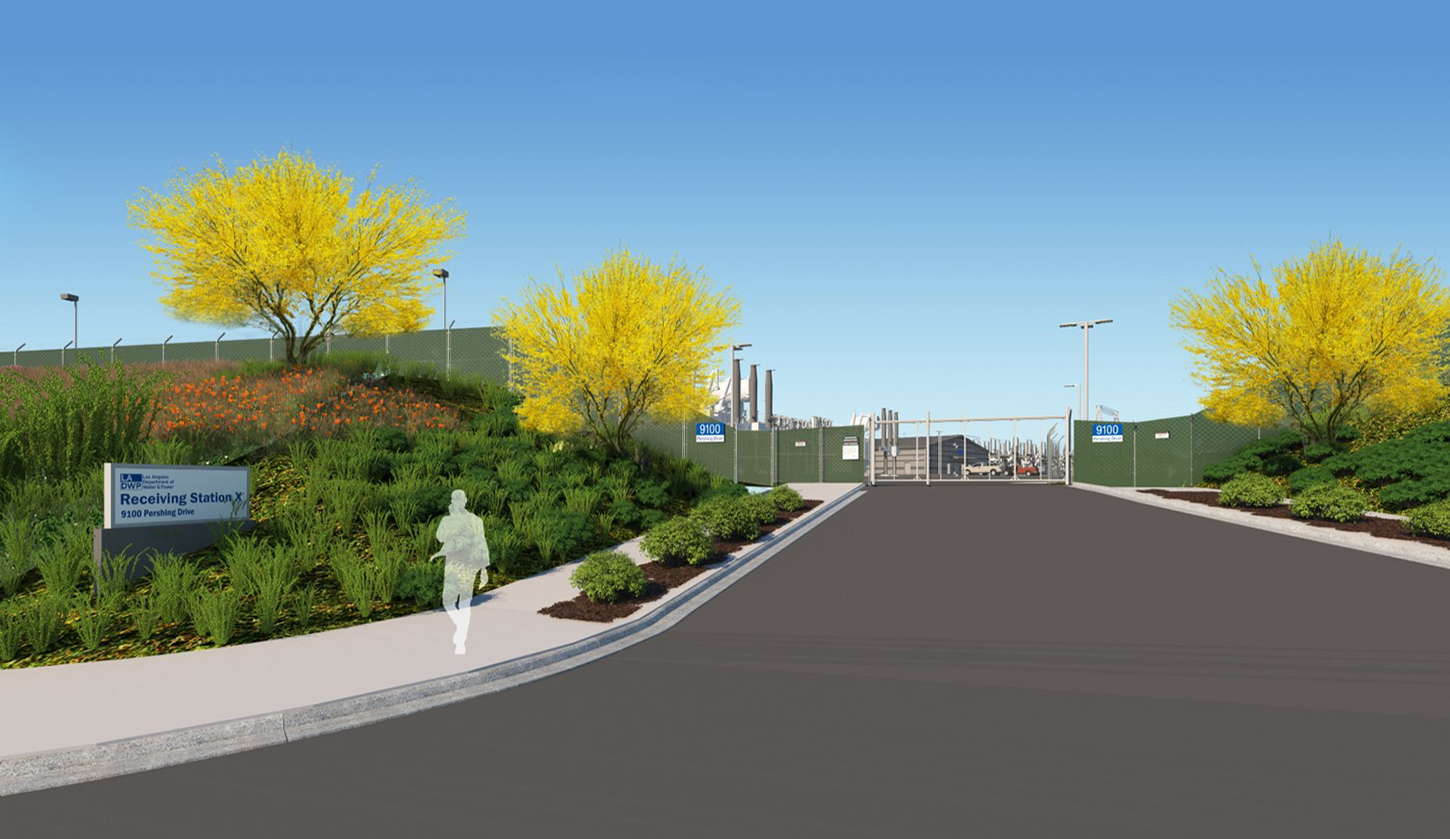 A street side rendering view of Receiving Station X.

In cooperation with the Los Angeles Department of Water and Power (LADWP), Los Angeles World Airports (LAWA) is constructing a new $157.8 million power receiving station, Receiving Station X (RS-X) that will address persistent power reliability, redundancy and capacity issues at Los Angeles International Airport (LAX). LAWA is responsible for building facilities in the first phase of the project, with LADWP then installing equipment and operating the station.

LAX faces operational and customer experience impacts when regular power grid anomalies interrupt the function or operation of critical equipment and systems. Construction of a new receiving station will allow LAX to receive power from an on-site station separate from the existing power grid. This will substantially improve the quality and reliability of power delivered to LAX and insulate the LAX campus from outside power disruptions.

LAX is currently served by Receiving Station N, which also powers adjacent communities, including Westchester, and is located east of the airport. The new station will exclusively provide power to LAX and is the first high-voltage receiving station built in the city of Los Angeles in 33 years. The entirety of the project is taking place on existing airport property at the southeast corner of Pershing Drive and Westchester Parkway.

The station is composed of:

The Design-Build project is utilizing Arup as designer and Clark Construction as builder. The Receiving Station is scheduled to be operational in 2025.