The future Automated People Mover will connect to Terminal 1 at this level, which leads to a TSA checkpoint. 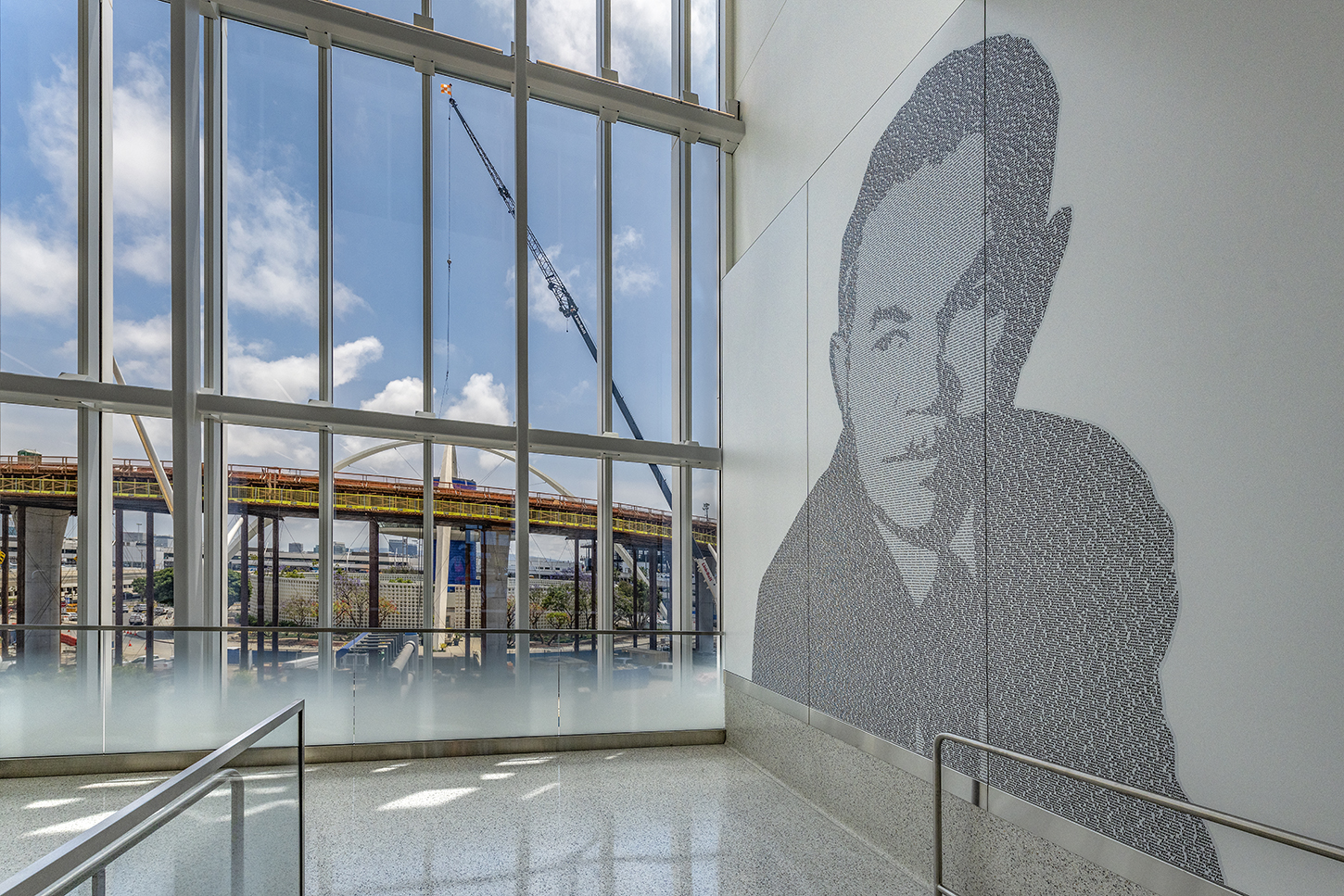 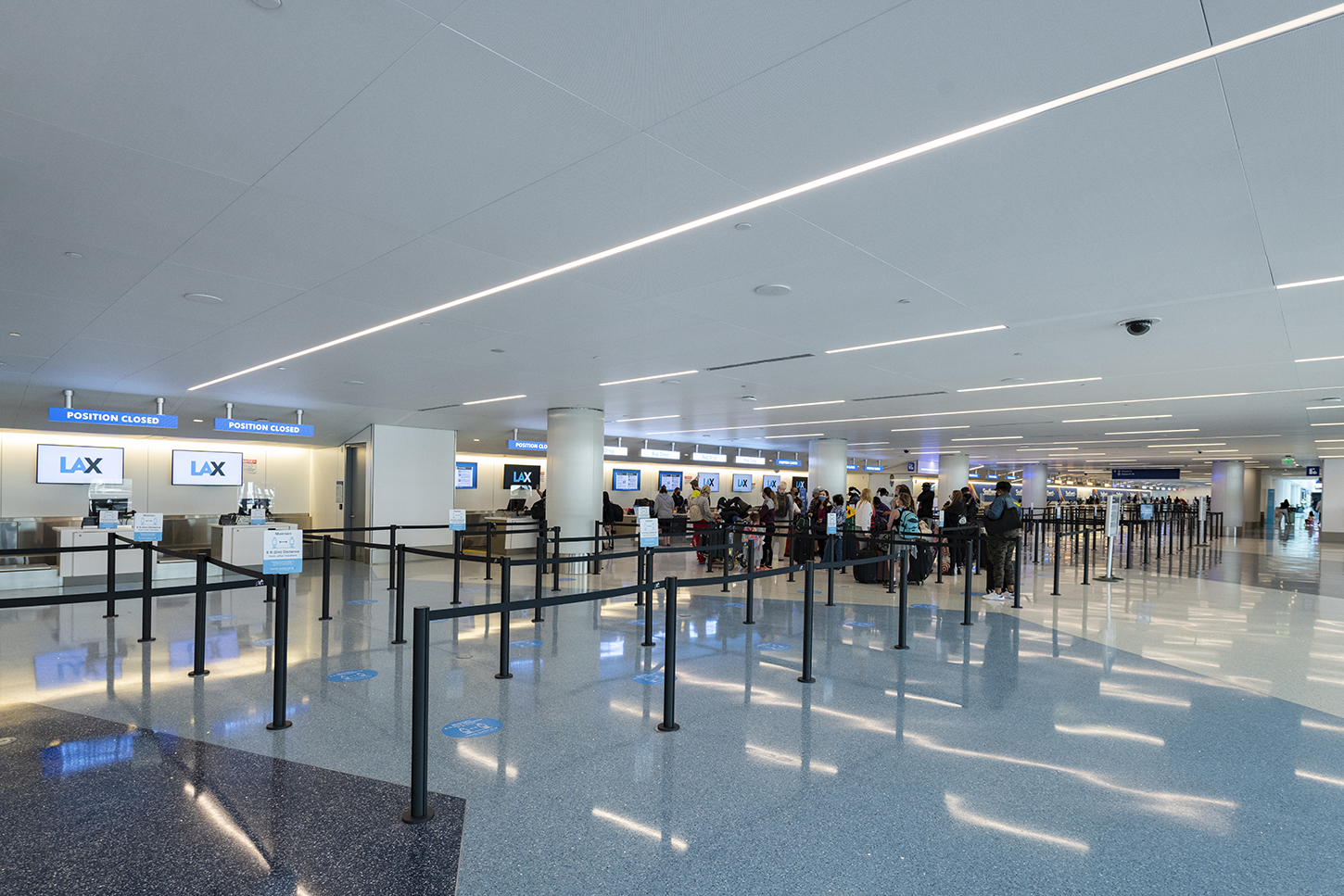 New ticketing counters were added as part of the Terminal 1 extension in 2021.

Two separate projects totaling nearly $980 million, including the complete modernization of Terminal 1 and an extension of the building that will provide future connection to the Automated People Mover (APM) train system and Terminal 2 behind security, have completely revamped Terminal 1. Now home to Allegiant, Southwest, Sun Country and Viva Aerobus, Terminal 1 gives visitors the first view of a fully transformed Central Terminal Area (CTA).

Most recently, the $477.5 extension of Terminal 1 was opened to operations in May 2021. This facility includes the first of seven terminal vertical cores, which will connect the APM system to the terminal via an elevated pedestrian bridge, to open at LAX. The Terminal 1 core will connect travelers to the Center CTA station in the future and provides for vertical circulation of passengers via elevators and escalators.

The 283,000-square-foot extension of Terminal 1 also connects to Terminal 2 behind security via a bridge that allows passengers to move between the two buildings without having to be re-screened, while providing another access point for greater flexibility.

Southwest Airlines gained a third baggage carousel and three additional ticket counters in the new portion of the building, as well as space on the fourth floor for offices. The airline's crew base is also housed in the new facility. The building also includes additional restrooms on all three levels and an indoor service-animal relief area on the Lower/Arrivals Level near baggage claim.

The extension to Terminal 1 is Leadership in Energy and Environmental Design (LEED) Silver certified by the U.S. Green Building Council.

Among the green building features of the facility:

The project also achieved an exemplary performance credit in its LEED score for its use and incorporation of recycled materials throughout the building, along with the contractor’s ability to recycle a large amount of waste material that was generated during construction. The building includes 35 percent recycled materials and 78 percent of construction waste was recycled.

The $507 million modernization of Terminal 1, also performed by Hensel Phelps with design work by PGAL, was completed in 2018, with improvements to the interior space, the outdoor aircraft parking ramp area and the traffic flow around the Central Terminal Area (CTA). The terminal was 30 years old when work began and building systems were nearing the end of their useful life in the space, so the renovation replaced them with more efficient, environmentally-friendly equipment.

Improvements to the ramp area included: