"Los Angeles World Airports is pleased to fulfill its commitment to the students and staff of Beulah Payne Elementary School so they can begin their school year in newly soundproofed classrooms and administrative buildings," said Samantha Bricker, Chief Environmental and Sustainability Officer, LAWA. "This is one of several school soundproofing projects that are being funded by LAWA for the benefit of local students and the community."

"We are beyond pleased with the outcomes of our partnership with LAWA at Buelah Payne," said Thelma Melendez, State Administrator, IUSD. "It is our mission to provide our students with the best educational opportunities and these newly renovated facilities enhance our students everyday learning environment."

LAWA funded the project through the Passenger Facility Charge (PFC) at LAX. The Federal Aviation Administration approved the collection of the PFC and expenditure for this program, which fulfills a commitment made by LAWA to provide funding to IUSD for sound insulation.

The project is part of LAWA's commitment to insulate four IUSD schools. Insulation work at Beulah Payne Elementary began in May 2018 concurrently with the construction of new buildings, and is the first of the four schools to have sound insulation work completed. Sound insulation projects at Monroe Middle School, Morningside High School, and Oak Street Elementary are ongoing. 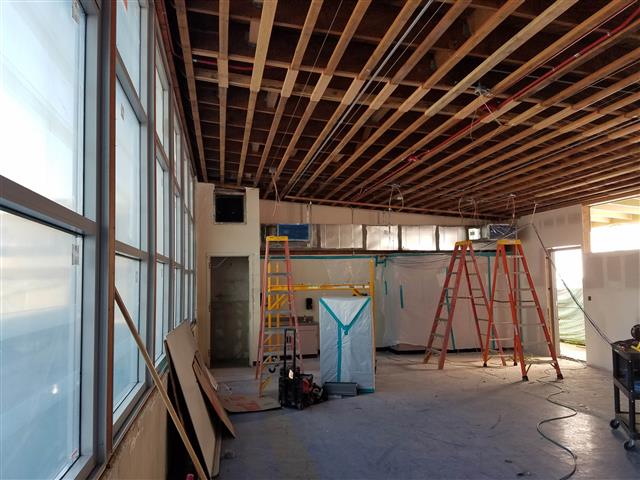 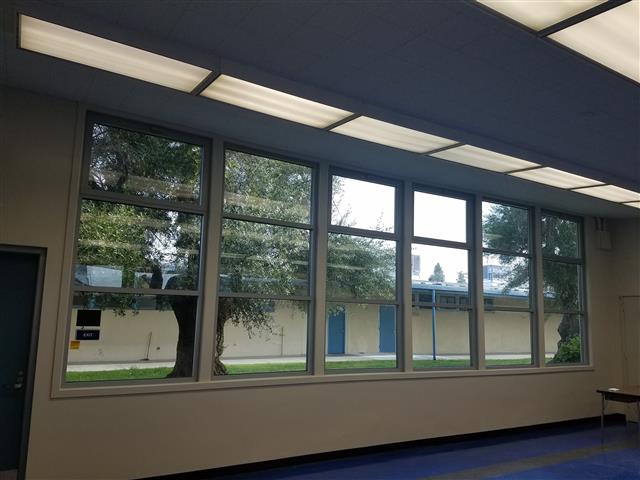 Photos of a classroom's interior during construction (left) and after completion.