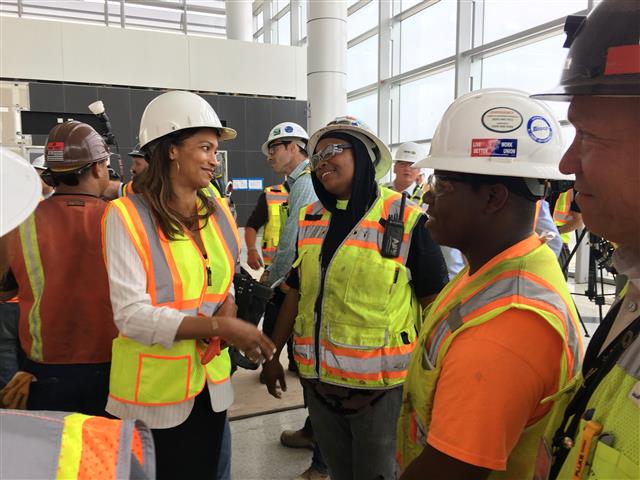 (Los Angeles, CA) The HireLAX Apprenticeship Readiness Program celebrated another milestone as the program placed its 100th graduate into a job building the future of Los Angeles International Airport (LAX).

"Thanks to HireLAX, one hundred local workers have earned jobs where they have a direct role in building the future of Los Angeles,” said Justin Erbacci, Chief Operating Officer, LAWA. “HireLAX is a model workforce development program that lifts up local, often hard-to-employ workers and provides a path to a lifelong career.”

Since September 2017, HireLAX has helped local residents – many of whom come from disadvantaged backgrounds – learn new skills that empower them to pursue fulfilling construction careers. The program's newest milestone reflects 100 local lives transformed by the ability to earn good wages and benefits, which further energize local economies for development today and resiliency tomorrow. 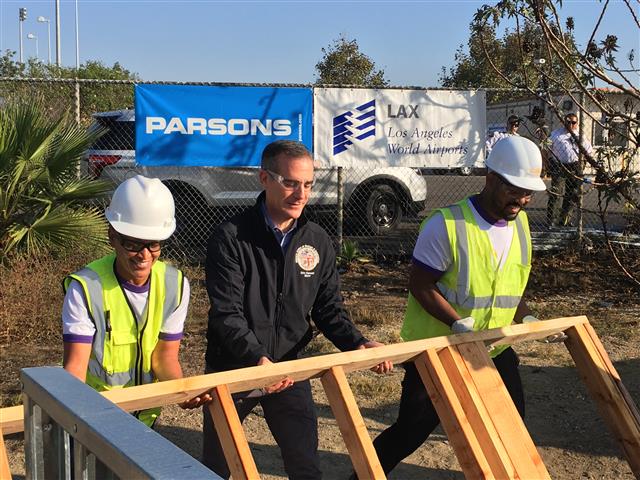 HireLAX is comprised of an eight-week apprenticeship readiness curriculum that focuses not only on construction practices, but also first-aid and physical fitness instruction. Graduates, all of whom live in the City of Los Angeles or the surrounding LAX area, leave the program ready to pursue apprenticeships in the construction trades, which will allow them to be hired onto projects at LAX. 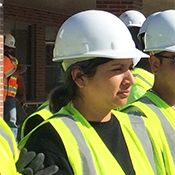 Ariana Perez is among the first 100 graduates hired through the program. Having worked from home and in offices, she knew she wanted a career in the construction trades, though she didn't know anyone to ask, or where to begin. Today, she works in the Sound and Communications Electrician trade on LAX's Midfield Satellite Concourse.

"Before HireLAX, I didn't know anyone in a trade or anything about them – period. So when I was accepted to the program, I was very excited to learn what HireLAX could offer, including learning about how to use tools and how the different trades and unions work," said Perez. "I'm thankful for the program. They taught me so much, and instilled a big sense of confidence in me and in what I do." 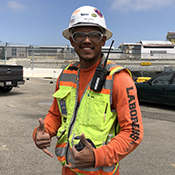 Having worked in a kitchen, Wilber Gonzalez was looking for a career change, and joined HireLAX's third cohort. Today, he is working on LAX's Midfield Satellite Concourse, and earning enough to travel abroad and assist his family with purchasing a home.

"I felt like the people at HireLAX really wanted to help and get us ready for new careers," said Gonzalez. "The program showed me what I needed to succeed, and the experience has been life-changing. I enjoy going to work every day. I'm living the dream." 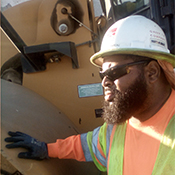 Leopold Robateau joined HireLAX's second class after working for the City of Los Angeles Department of Recreation and Parks. He saw an opportunity to get into the union construction trade to better provide for his family. Today, he's a heavy equipment operator on LAX's Taxiway T project, ensuring smooth aircraft operations for the thousands of guests arriving and departing the airport each day.

"I saw an advertisement for the program, and decided to make the call," said Robateau. "A lot of people say things like, 'You never know the best decision of your life until you make it,' and I'm convinced that this is one of the best decisions I've ever made for myself and my family."

Contractors performing work on LAWA projects must meet or exceed 30 percent local participation with a workforce that reflects the diversity of Los Angeles. The HireLAX program trains local residents to earn these jobs. Under the HireLAX framework, program graduates will be connected with union apprenticeship programs and contractors, so they can begin their construction careers at LAX. For example, there are multiple craft positions contractually earmarked for HireLAX graduates on the LAX Automated People Mover and Consolidated Rent-A-Car Facility projects, which are part of the LAX Landside Access Modernization Program. 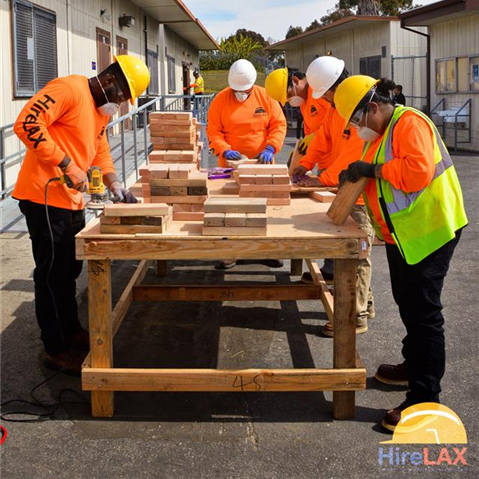 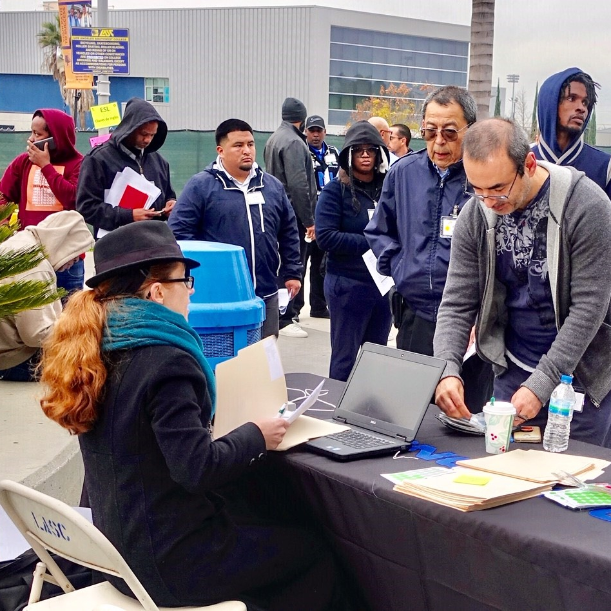 The HireLAX program was developed within the framework of LAWA’s Project Labor Agreement (PLA), which is a partnership between LAWA, its contractors and the local construction unions. The PLA requires contractors and unions to refer local workers to the project and to conduct outreach to persons who have not previously qualified to be employed on construction projects, especially minorities and women. A substantial proportion of students who participate in the HireLAX program have experienced hardship, including homelessness or involvement with the criminal justice system.

In May, the Flintridge Center received a grant of $25,000 from the Weingart Foundation, which will go directly toward supporting the center's work with HireLAX ARP, focused on helping students overcome personal and professional barriers to participation in the program and in maintaining employment thereafter.

A short video that highlights the incredible impact HireLAX has on its graduates can be viewed here. Information regarding the next HireLAX cohort will be posted to LAX's Twitter at https://twitter.com/flyLAXairport. Questions about the program can be emailed to [email protected].