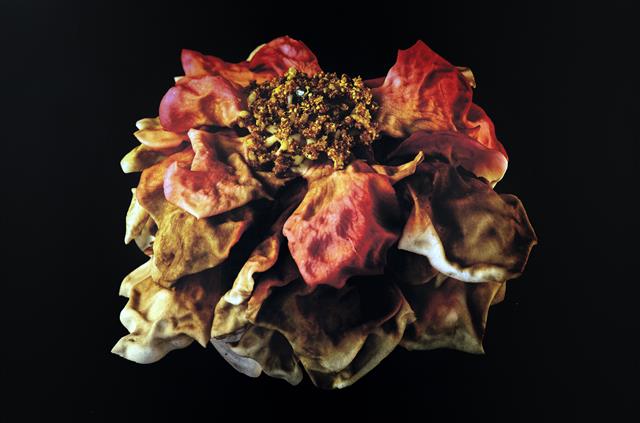 (Los Angeles, CA) Four new art exhibitions at Los Angeles International Airport (LAX) will take passengers at Terminal 1 on a journey through a variety of artistic practices, including photography, printmaking, sculpture, video work, drawing and painting. The new exhibitions, presented in partnership with the City of Los Angeles Department of Cultural Affairs and now on display, include three solo artists and one group exhibition.

"The diversity of Los Angeles is one of its key strengths, and our new art exhibit in Terminal 1 reflects the spirit of our city through the color, vibrancy and thought-provoking expression of top local artists," said Sarah Cifarelli, Art Program Director, Los Angeles World Airports. “These new works of art, presented in myriad media, are one more way in which Los Angeles World Airports is creating a first class experience for all those who travel through our airport."

"Floragalora" by Pat Warner is exhibited in a shared space in Terminal 1 near Gate 9. Warner’s mixed-media installation and Marianne Sadowski’s series of prints celebrate the phenomenon of Los Angeles in our present time. Warner’s inspiration for this installation was drawn specifically from the spectacular wildflower superbloom that Los Angeles experienced this spring. The photographs of wildflowers installed in a hexagon pattern were all taken during the spring season. The hand-cut floral paper work suspended within a window-like structure highlights the beauty and fragility of nature.

Warner was born and raised in an agricultural area of southeastern Pennsylvania and has traveled the world extensively observing the natural environment and indigenous creatures. Her work is exhibited locally in Los Angeles as well as across the U.S. and internationally. "Floragalora" is on view for ticketed passengers until February 2020. 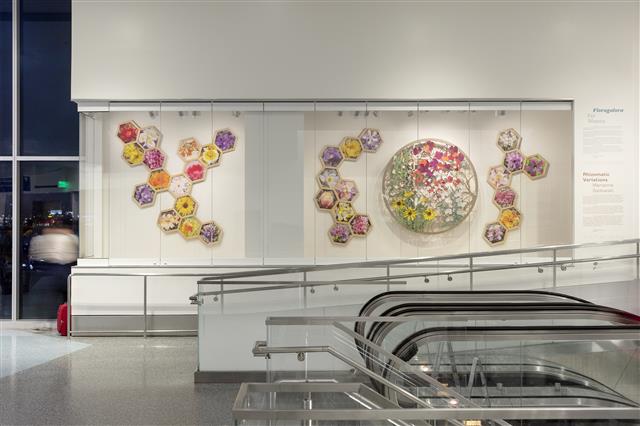 "Rhizomatic Variations" by Marianne Sadowski features a series of 21 polymer plate variations and is an homage to the simultaneous harmony and disorder which exists in the current landscape of Los Angeles. The series was created by layering diverse maps of Los Angeles with imagery of native and non-native plants seen throughout the city.

“I am inspired by the city’s never-ending energy and vast diversity of cultures,” Sadowski said. “I hope these works will encourage viewers to reflect on the many physical and metaphorical layers that reflect and characterize the vitality of Los Angeles.”

Sadowski was born in Mexico City where she completed her undergraduate and graduate degrees in fine art. She has been exhibiting her art throughout the U.S., Mexico and Germany, and has been teaching art in major museums and non-profit organizations around Los Angeles. "Rhizomatic Variations" is on view for ticketed passengers until February 2020. 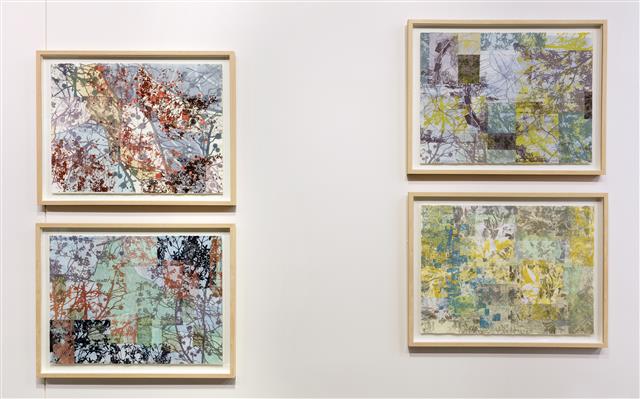 Michiko Yao is an artist born and raised in Japan who currently works in Los Angeles. Her works "Hanaguruma" and "Passing Rose" explore Asian and American stereotypes through the use of symbolic materials. Both pieces make use of digitally manipulated imagery of artificial flowers. Upon first glance, they may seem like simply beautiful images of flowers, but once carefully examined, they reveal their true nature as inanimate objects portrayed as living organisms. Her works challenge viewers to reconsider the relationship between masculine/feminine, subject/object, and natural/artificial.

"Hanaguruma," the Japanese term for an elegant carriage from the Heian period, represents the abundance and happiness promised to young picture brides who traveled to America in the early 20th Century for arranged marriages. Composed of 170 digitally stitched photographs, the site-specific mural is a fantasy subverted to represent reality.

"Passing Rose" is an examination of the Japanese concept of “mono no aware,” meaning the consciousness of impermanence. Through the use of an artificial rose to create the work, Yao turns this notion on its head and confronts the mythology surrounding the rose. Both pieces are on view to the public in Baggage Claim on the Arrivals Level until March 2020. 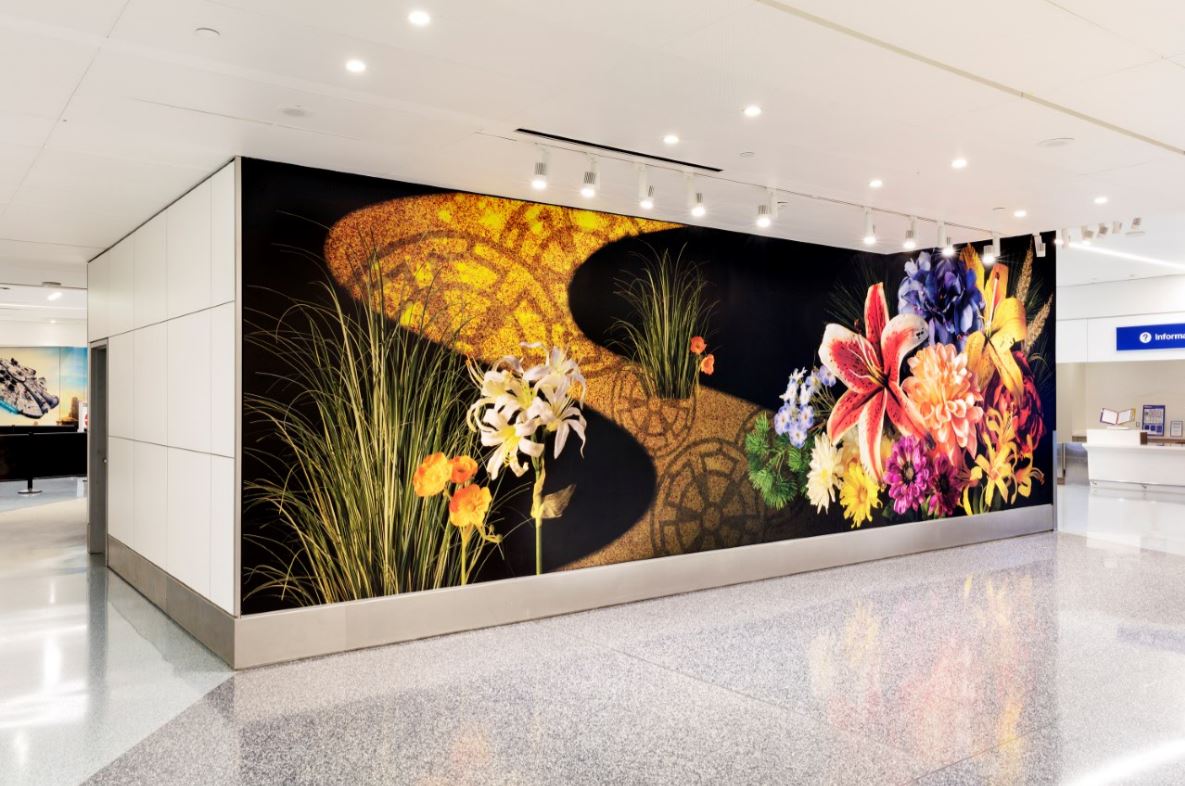 From geographical studies to psychological explorations, their artworks encompass multiple subjects, viewpoints, distances and time sequences. The exhibition’s title refers to LAX’s latitude in degrees, minutes and seconds, and plays with notions of location and territorial representation.

Petropoulos and Berens both compare how time changes a place, Petropoulos through analyzing borders and Berens by comparing sites used for battles and protest. Kao, Lewis and Berman layer collected data to create work that speaks about place. Kao uses tar and maps as a meaningful representation of a cityscape, while Lewis combines thousands of two-second videos taken across Los Angeles together. Berman layers collected complaints about a place into a brightly colored watercolor painting. Siegel and Rappmund examine several vantage points to create their work, with Siegel marrying several perspectives into a single monumental drawing and Rappmund using the Trans-Alaska Pipeline as a pivot point to examine the landscape. Greenfield’s drawings reflect a subjective cartography as he uses energetic patterns to map his creative process.

“I’ve always been interested in how places can inform the way we perceive the world as well as ourselves,” Gayotto said. “What better place to ponder these ideas than at LAX?”

"Latitude 33° 56'" serves as the inaugural exhibition for the newly renovated exhibition space located at Gate 10, and is on view for ticketed passengers until March 2020.

Gayotto is a Los Angeles-based, Brazilian-American artist, curator and educator. Gayotto's curatorial practice is an extension of her own artistic investigations, including exhibitions at the Luckman Gallery, CSULA Fine Art Gallery, Nan Rae Gallery, Woodbury University and Kellogg Gallery at Cal Poly Pomona. Currently, she serves as adjunct faculty at Art Center College of Design.