Agreement Approved to Start Work with Experienced Team; Train Provider has Built APM Systems for 8 out of the 10 Busiest Airports in the U.S. 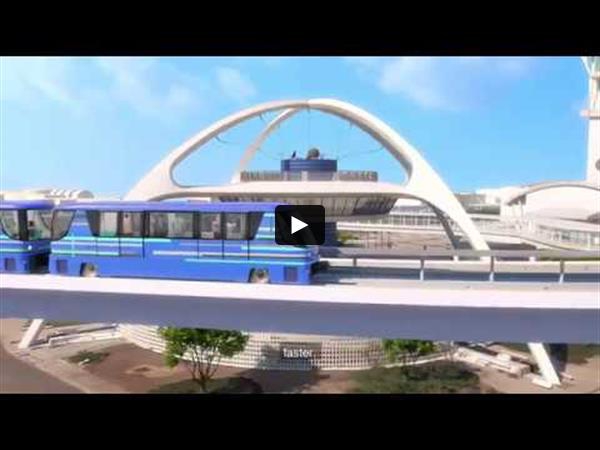 LINXS' proposal had the highest technical score and the lowest cost proposal of the three teams that participated in the procurement process. LAWA will present a 30-year contract valued at approximately $4.5 billion to the BOAC and City Council for approval. The contract includes milestone payments for the design and construction phases, as well as authorizes future payments for operating and maintaining the APM for the contract period.

“Los Angeles relies on LAX to power our economy forward — that’s why we’re making historic investments to ensure it remains one of the most passenger-friendly airports in the world,” said Los Angeles Mayor Eric Garcetti. “Today’s recommendation brings us one step closer to a people mover that will provide Angelenos and travelers from everywhere with reliable, convenient transportation to and from the terminals.” 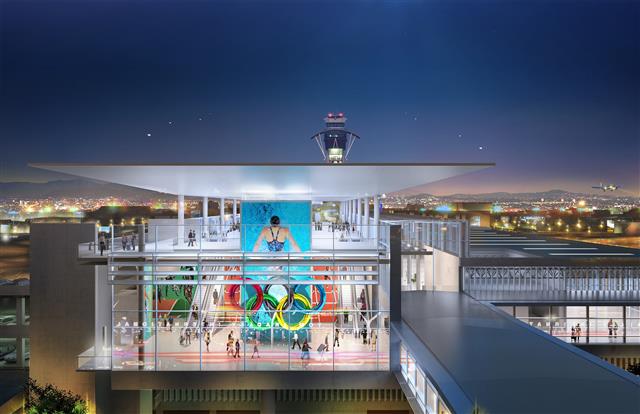 "LINXS presented a superior technical proposal for a project that is both innovative and iconic and will also relieve traffic congestion, which furthers our goal of continually improving the experience for our guests," said Sean Burton, President of BOAC.

“LAX is taking a major step towards our vision of a Gold Standard Airport with our selection of LINXS as the Recommended Developer for the Automated People Mover,” said Deborah Flint, CEO of LAWA. “We were impressed by their ideas on mitigating traffic during construction, their commitment to hiring local workers, andtheir focus on sustainability throughout the project.We want to get those shovels in the ground so we can continueto create a world-class airport worthy of our world-class city."

Flint added, “We appreciate the strong competition and participation by the other teams.Their engagement strengthened the process and the City of Los Angeles will have an even better project as a result.”

BOAC approved today an Early Works Agreement with LINXS, valued at up to $42M, which will allow pre-construction activities such as hiring, soil testing, engineering, and furthering design of the APM. Today's contract approval is important to maintain scheduleto complete the project in 2023.

"This is a giant leap for the evolution of LAX and public transportation in Los Angeles," said Joe Buscaino, L.A. City Councilmember and Chairman of the Trade, Travel and Tourism Committee. "The People Mover will make arriving and departing from LAX faster and smoother than ever before, creating a much more welcoming environment. The investment in the public infrastructure project will provide a huge economic boost to our city, becoming a source of great paying local jobs."

As part of their proposal, LINXS committed to delivering an environmentally friendly project. Landscape will be drought tolerant using California native plants, construction of the maintenance facility will achieve at least LEED Silver certification and they have committed to the use of more solar power than what was required.

Convenience, reliability and easy accessibility are key elements of the user experience and are integral requirements for the APM.Trains will arrive every two minutes, have wide doors for easy access with luggage, large windows for viewing, plenty of hand holds and seats for those in need. Station platforms are open air, light-filled and have escalators, elevators, and moving walkways for quick, convenient access to the terminals. Architectural features include a viewing platform of the iconic Theme Building, an Experience LA center with an 800 sq./ft. LED programmable screen and an LED light band that accents the 2.25 mile guideway. LAWA anticipates that the APM will offer a maximum ridership capacity of 10,000 passengers per hour and up to 87.7 million passengers per year. The system will be operational in 2023.

"The APM will relieve congestion and reduce emissions in and around LAX, and make traveling through our airport easier and more convenient,” said Los Angeles Councilmember Mike Bonin. “It is a critical piece of our strategy to finally connect Metro rail to LAX, and will help transform this into a world-class airport that’s also a first-class neighbor.” The APM will be built using a Public-Private Partnership (P3) contracting model. LINXS will be designing and constructing the system and will also be responsible for operating and maintaining the train and stations for a 30-year period. This incentivizes the construction and operating systems to be built to last. 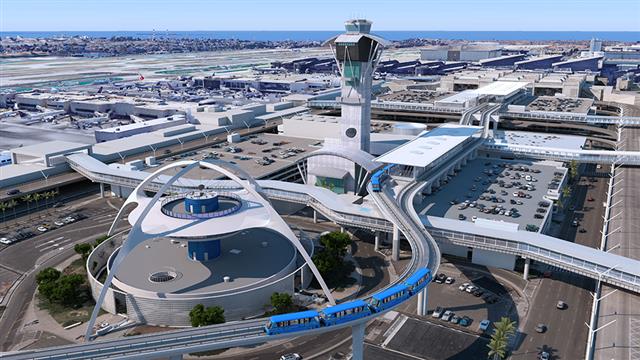 The APM is the centerpiece of the Landside Access Modernization Program (LAMP), which also includes a Consolidated Rent-a-Car (ConRAC) facility, Intermodal Transportation Facility-West, and associated roadway improvements. The APM will reduce vehicle congestionin the terminal loop, provide a connection with L.A. Metro's regional transportation system, create new and convenient locations for passenger pick-up and drop-off outside of the terminal loop, reduce emissions, and provide reliable access to the terminals.

About LAX Integrated Express Solutions (LINXS)
LAX Integrated Express Solutions (LINXS) is a fully integrated team comprised of Fluor, Balfour Beatty, ACS Infrastructure Development, Dragados USA, HOCHTIEF PPP Solutions, Flatiron, and Bombardier Transportation, and is further supported by an exceptional design team comprised of HDR and HNTB. Bombardier Transportation, the global leader for APM technology and operations, will provide the APM Operating System, including all vehicles. LINXS brings unparalleled experience and expertise in delivering complex transportation infrastructure, including over 50 public-private partnerships in North America with a combined value of over $40 billion. Leveraging our strong presence in Southern California, LINXS is also proud to partner with a significant number of local, small, and disadvantaged business enterprises to deliver the project.