“Many immigrants had brought on board balls of yarn, leaving one end of the line with someone on land. As the ship cleared the dock, the balls unwound… After the yarn ran out, the long strips remained airborne, sustained by the wind, long after those on land and those at sea had lost sight of each other.” - Luciano De Crescenzo (1928-2019), Italian writer, film actor, director and engineer

The Letting Go is an art installation that investigates the complex relationship between past and future, leaving and staying. Inspired by Luciano De Crescenzo’s quote and her family’s own immigration journey by sea, artist Debra Scacco’s work questions the singularity of origins, history’s impact on destinations, and our layered relationship with the space between. Formed from a world map and composed of 20,000 feet of rope, this complex web connects the seven continents to major bodies of water and detached landmasses, rendering visible the traces of the journey.

Works by Debra Scacco discuss contemporary and historic structures of permission. Her work has been seen at Royal Academy of Arts (London), Victoria and Albert Museum (London) and Viper Basel (Switzerland), and can be found in collections including Los Angeles County Museum of Art, Hammer Museum and CAA. Origins: Los Angeles River 1815/1825, an installation about the history of the Los Angeles River, is on view at Los Angeles State Historic Park. Scacco has been a Visiting Artist at Occidental College (Los Angeles, 2019), and was the inaugural Artist-in-Residence at the Ellis Island Museum (NYC, 2012). 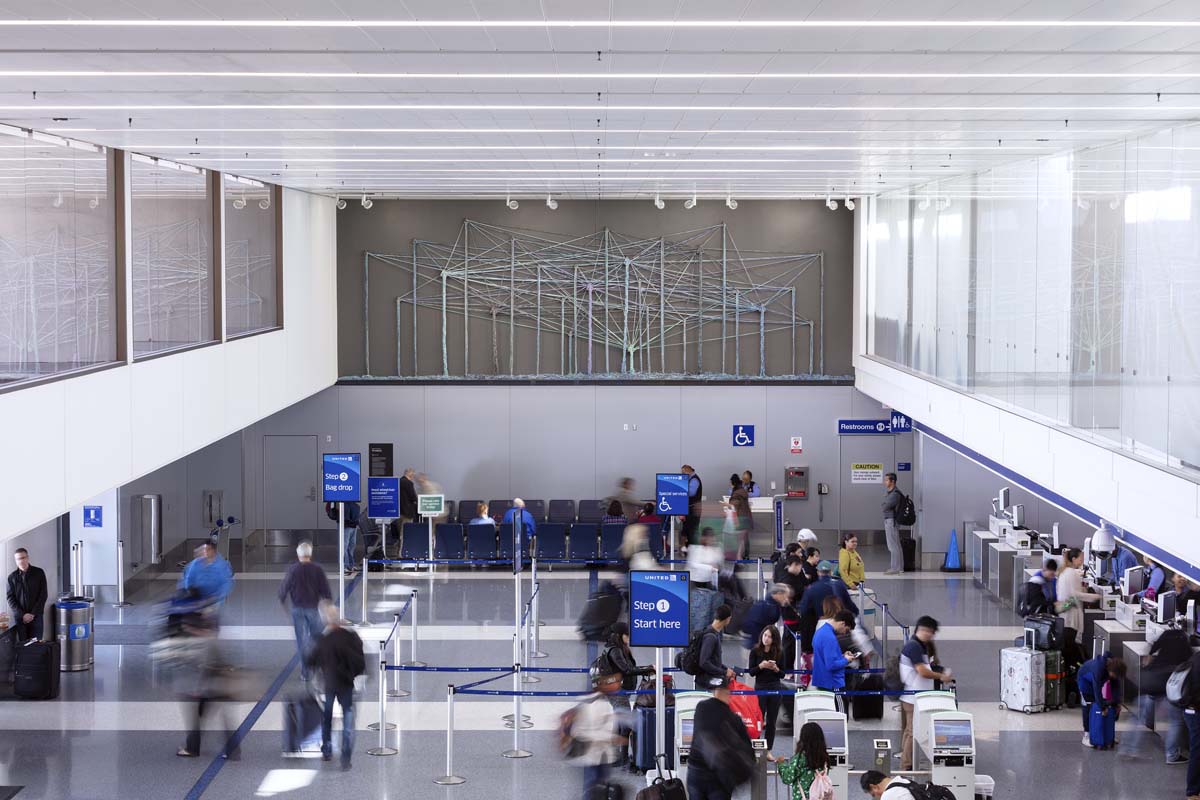 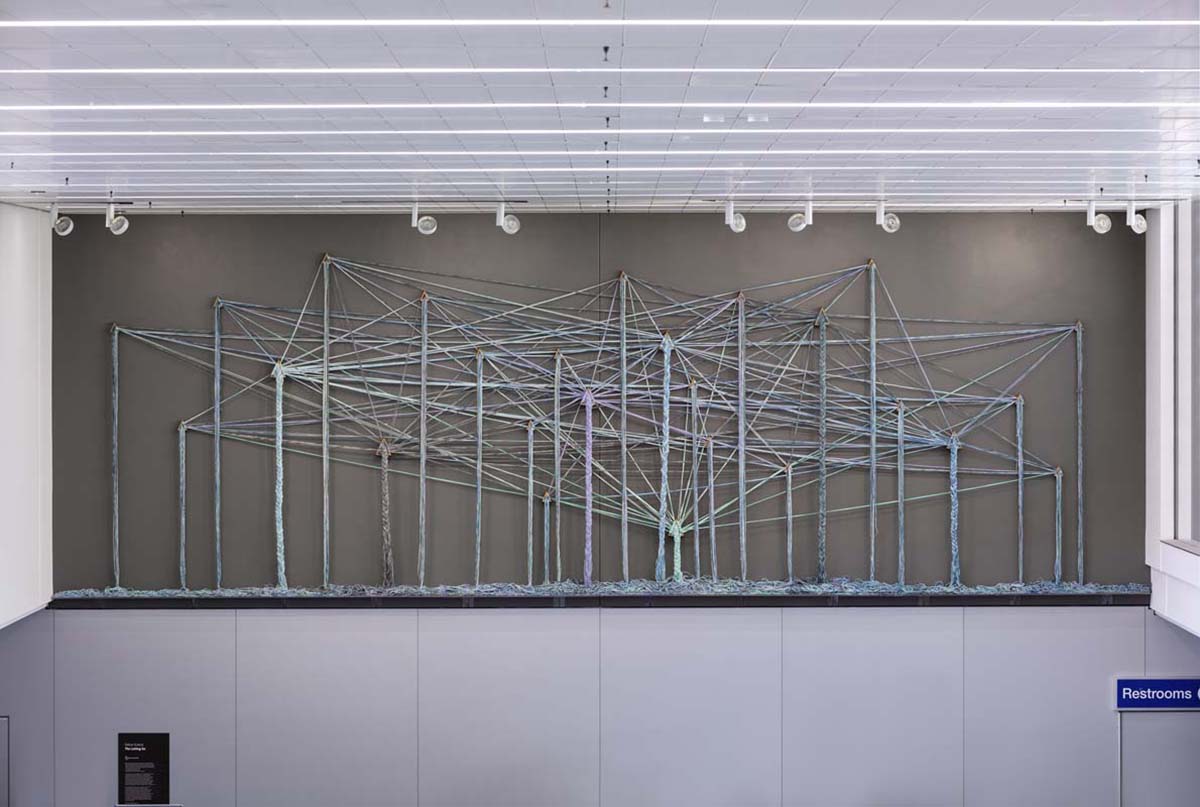 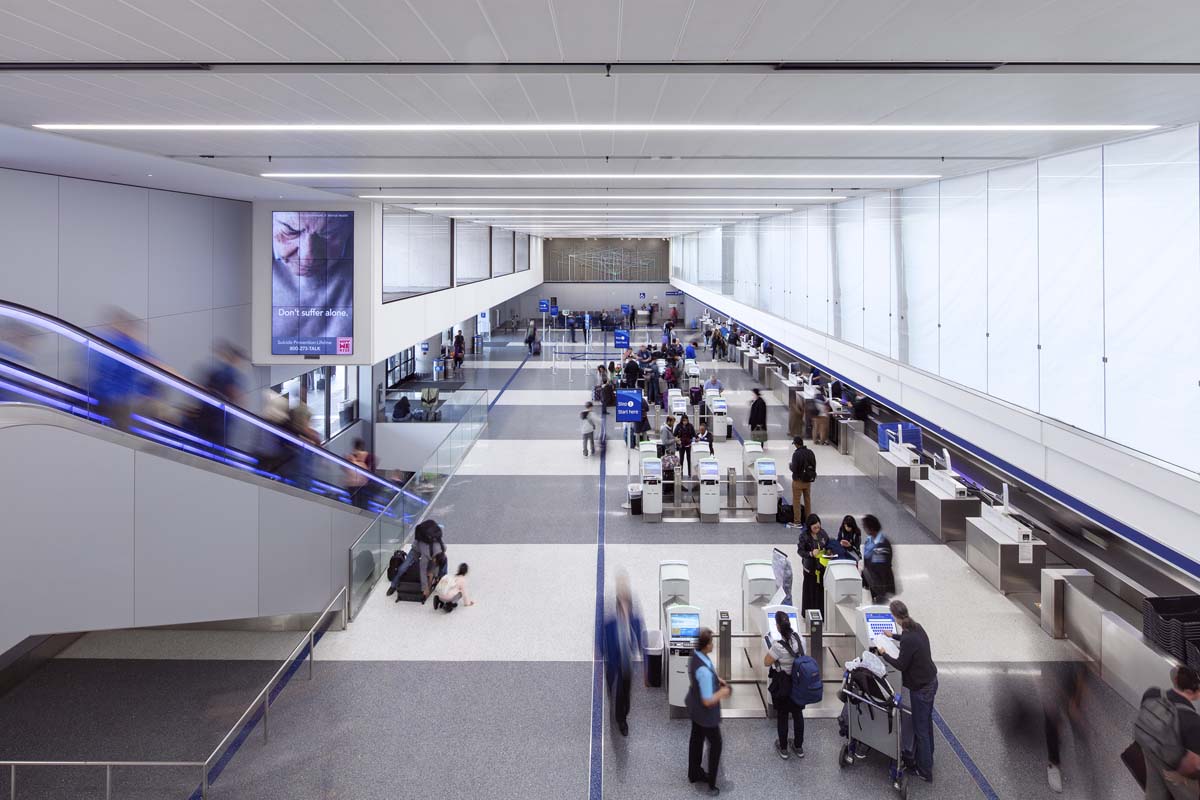 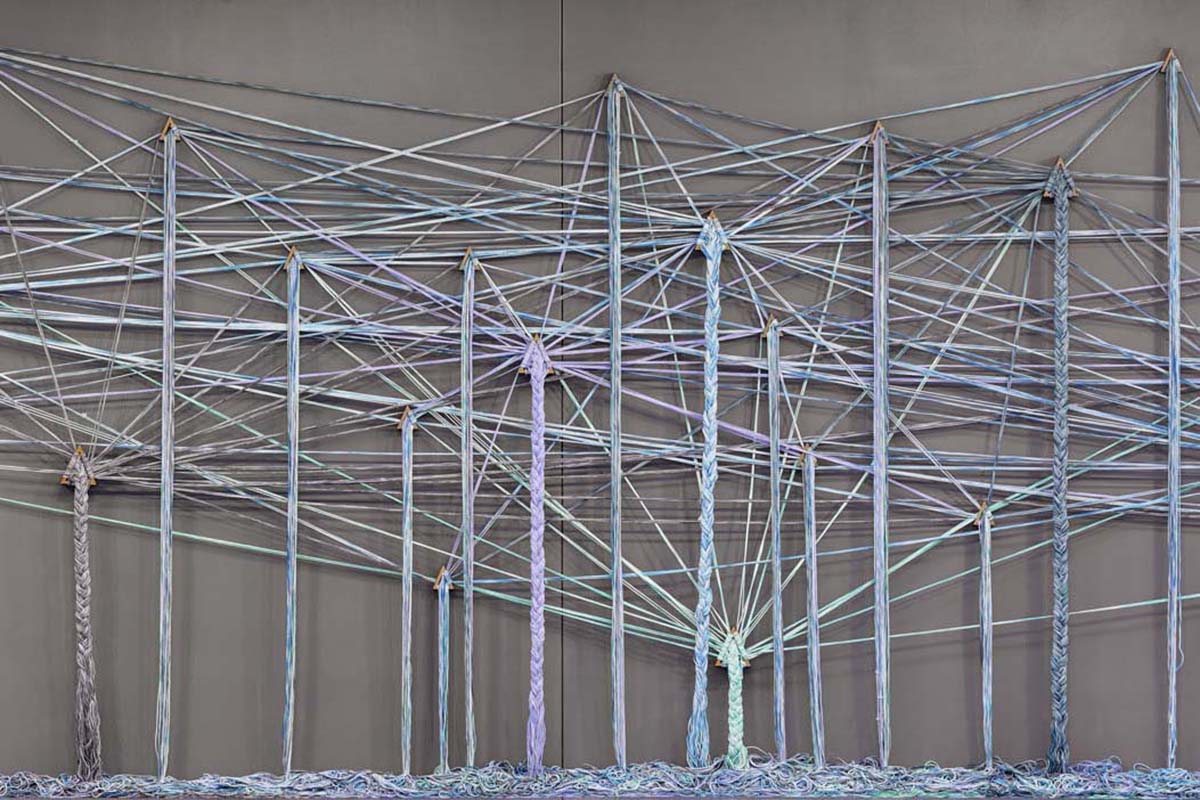 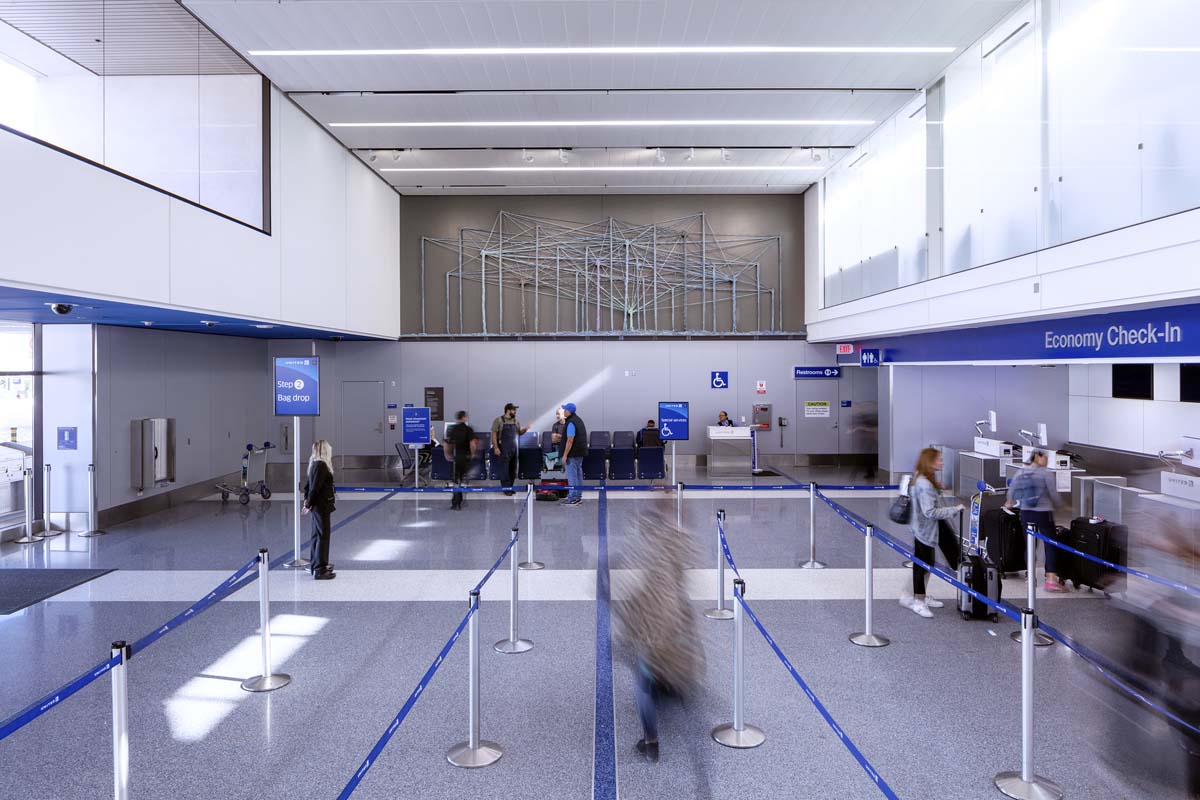 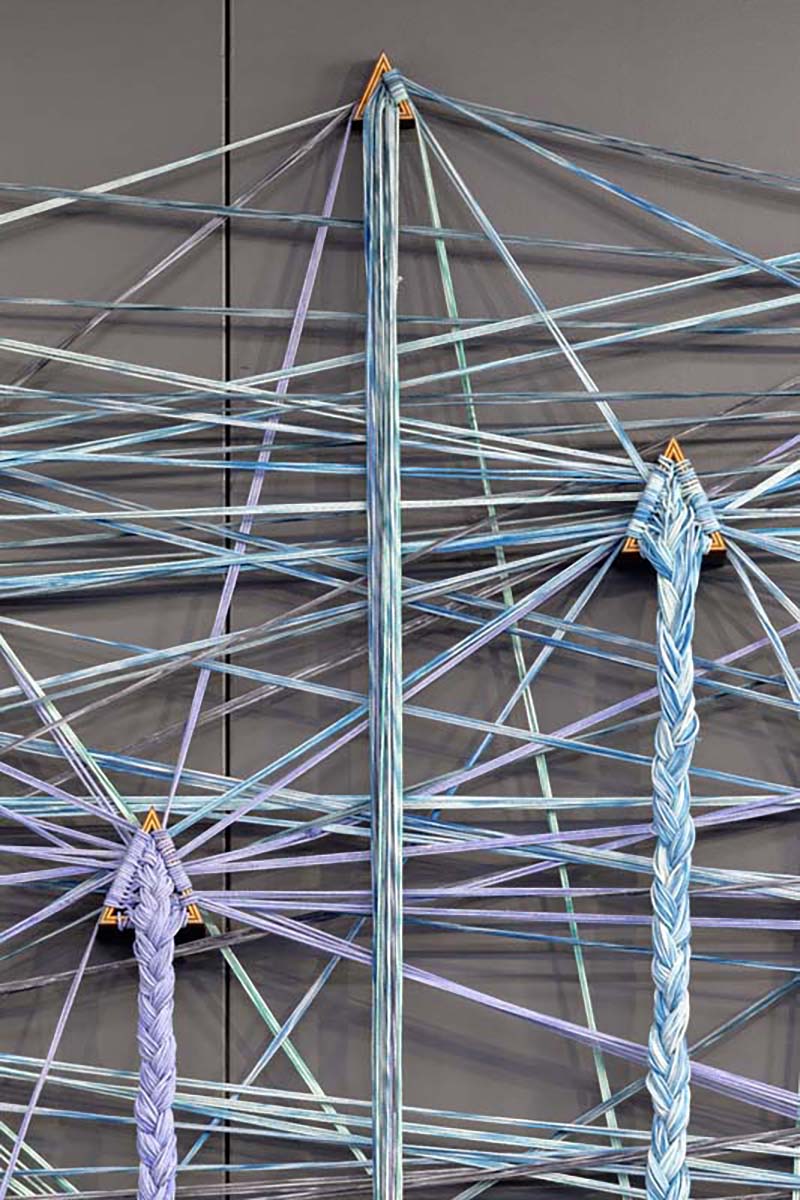 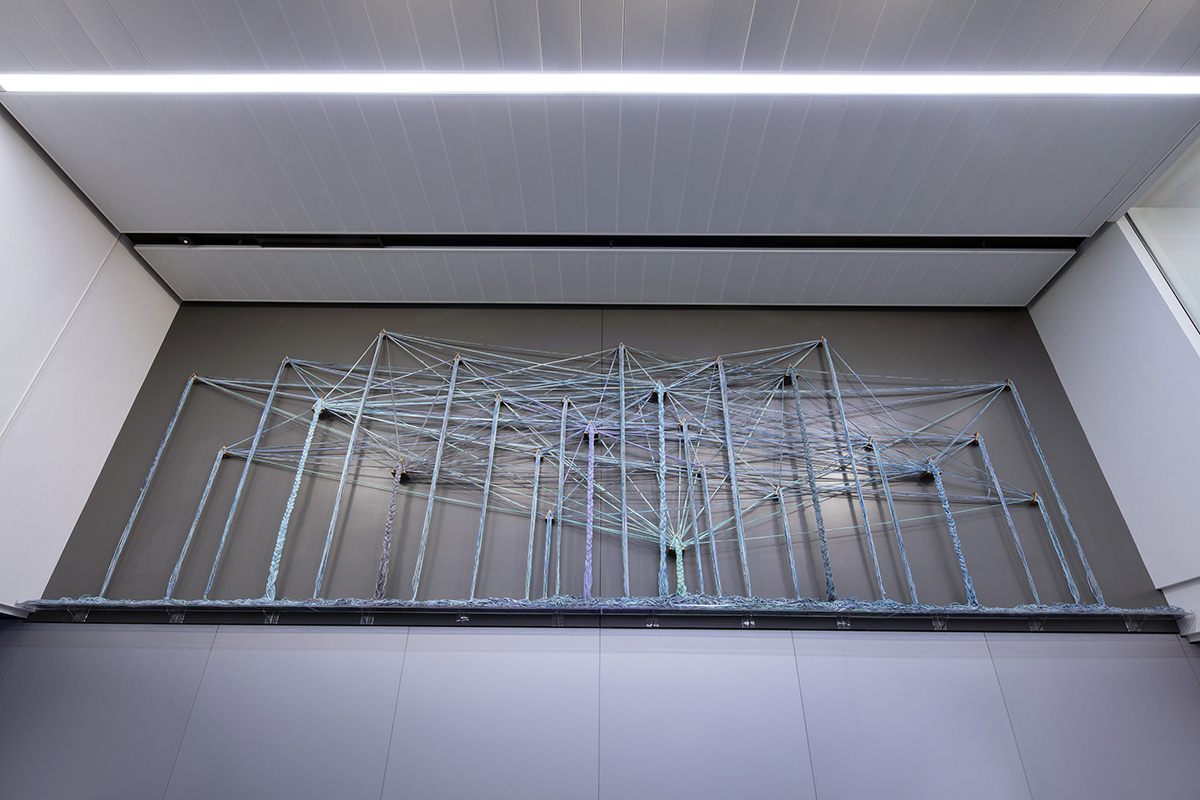 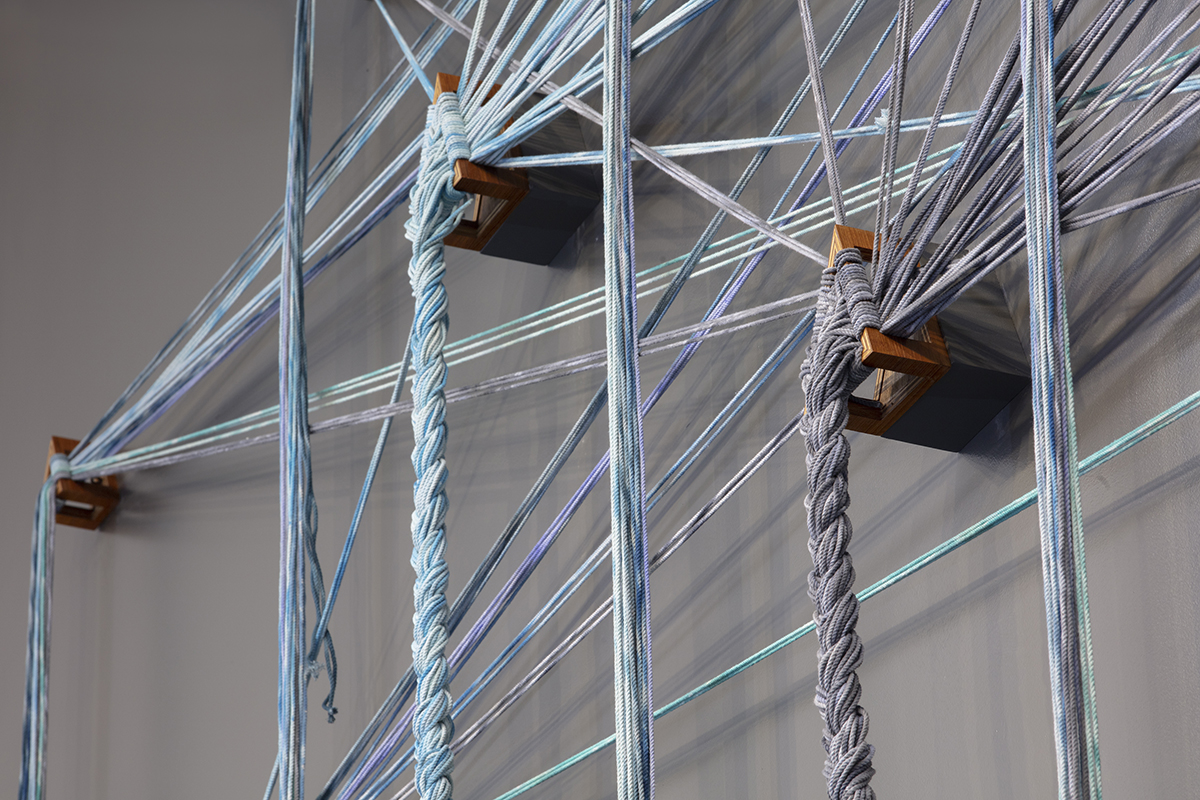 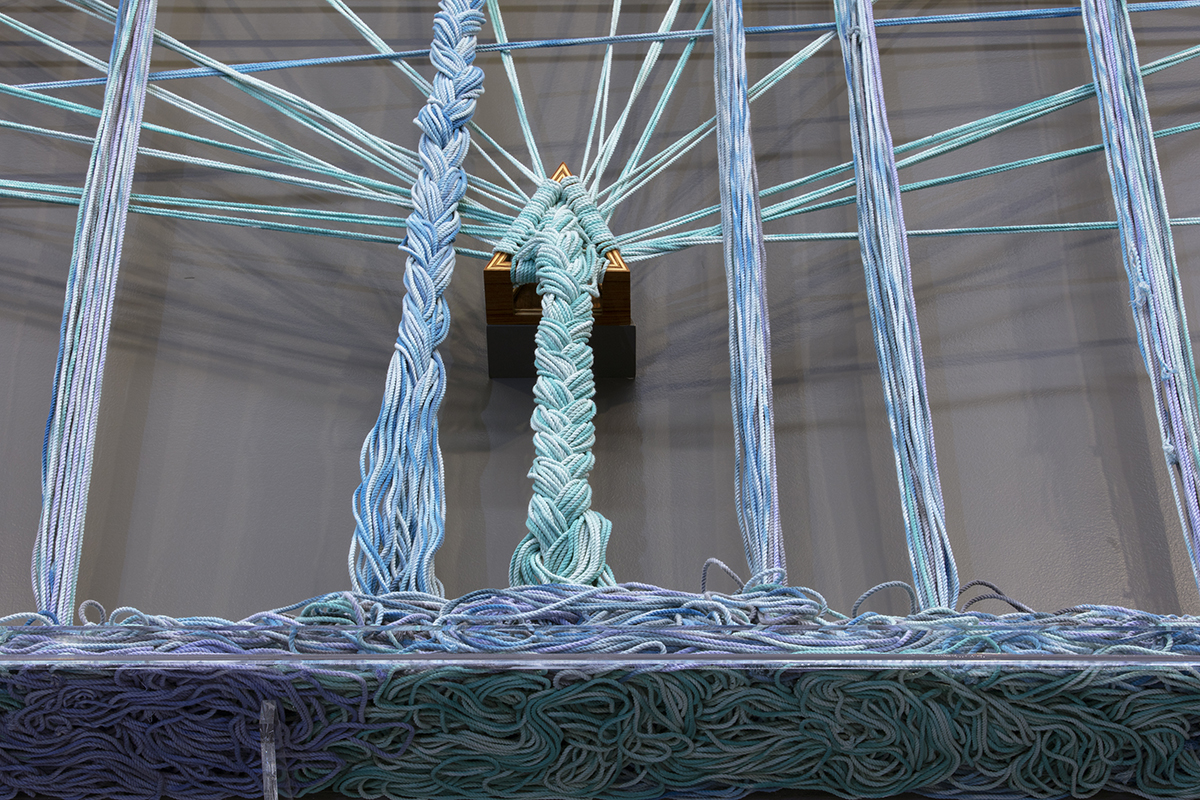