Column foundation work for the 2.25 mile elevated train system will continue over the next year as the future of LAX takes shape

The first foundation for the LAX Automated People Mover in the Central Terminal Area was completed
between Parking Structures 1 and 7.

(Los Angeles, CA) Los Angeles World Airports (LAWA) has announced that the Automated People Mover (APM) project, a 2.25 mile elevated electric train system that will transport travelers in and out of the Los Angeles International Airport (LAX) Central Terminal Area (CTA), has hit another significant milestone with the start of pile construction. These Cast-In-Drilled-Hole (CIDH) piles will form the foundation for the APM’s guideway and stations. The first piles for the East Station in the CTA and the Intermodal Transportation Facility – West (ITF-West) station off 96th Street were successfully completed.

The APM’s CIDH piles make the system’s elevated design possible, interfacing with the columns to support and stabilize the guideway and stations. A common construction method in the erection of bridge structures, CIDH piles are cast in-place by pumping concrete into drilled holes containing steel reinforcement cages. The diameter and depth of the piles vary based on design requirements, with the largest CIDH piles measuring up to 11 feet wide and the deepest measuring up to 99 feet deep. 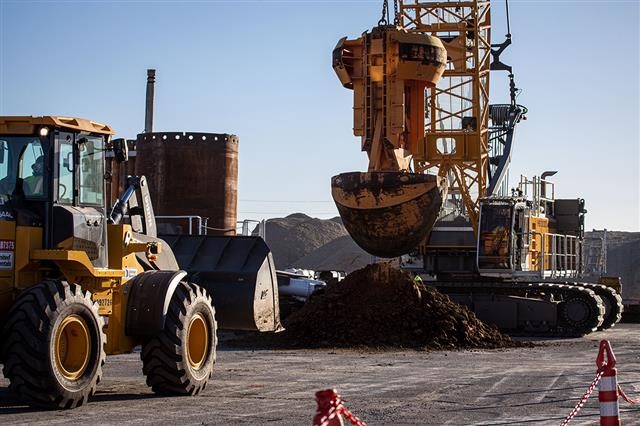 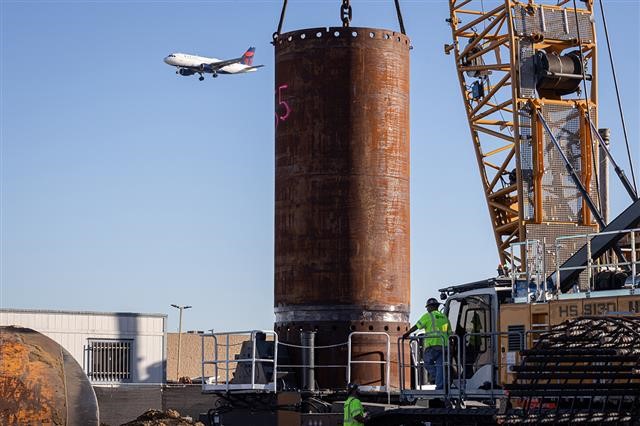 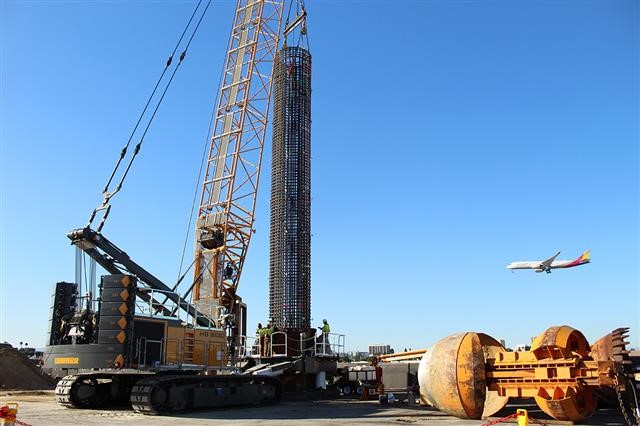 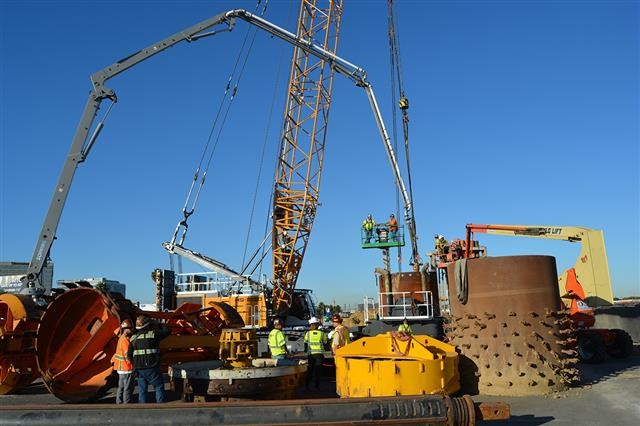 Cast-In-Drilled-Hole (CIDH) foundation work: dirt is removed from the hole (top left); casing is installed to the desired depth (top right); rebar cage is placed inside the casing (bottom left); concrete is pumped in to fill the hole.

“The sheer size of these piles hints at the scale of what is to come – in terms of both LAX’s transformation and the heavy construction it will take to realize it,” said Bernardo Gogna, Chief Development Officer for LAWA. “The Automated People Mover is one of the most anticipated developments in LAX history and we are excited to watch the project’s progression.”

Earlier this year, LAX Integrated Express Solutions (LINXS), the developer on the project, conducted advance pile testing across the APM route to validate the final design and methodology for construction. Last week, the LINXS team started pile construction outside the CTA at the Intermodal Transportation Facility – West (ITF-West) Station. Over the last two weeks, LINXS crews began installing the first piles inside the CTA. Ultimately, there will be over 265 piles installed along the 2.25 mile APM route.
“Since being awarded the project last year, we’ve been focused on design and enabling work to advance a clear path for construction,” said Sharon Gookin, Project Director at LINXS. “Our team is committed to successfully delivering the APM project for LAX, and has been hard at work to prepare for this critical construction phase.”
CIDH work will run from now through Fall 2020, spanning the entire 2.25 miles of the guideway path. As sections of CIDH construction are completed, concrete columns will be constructed followed by falsework erection to support the cast-in-place concrete structural elements. Once the concrete has been placed and the structures are sufficiently advanced to be self-supportive, falsework will be disassembled and moved to the next section under construction.

Click on the image below to learn more about CIDH foundation work. 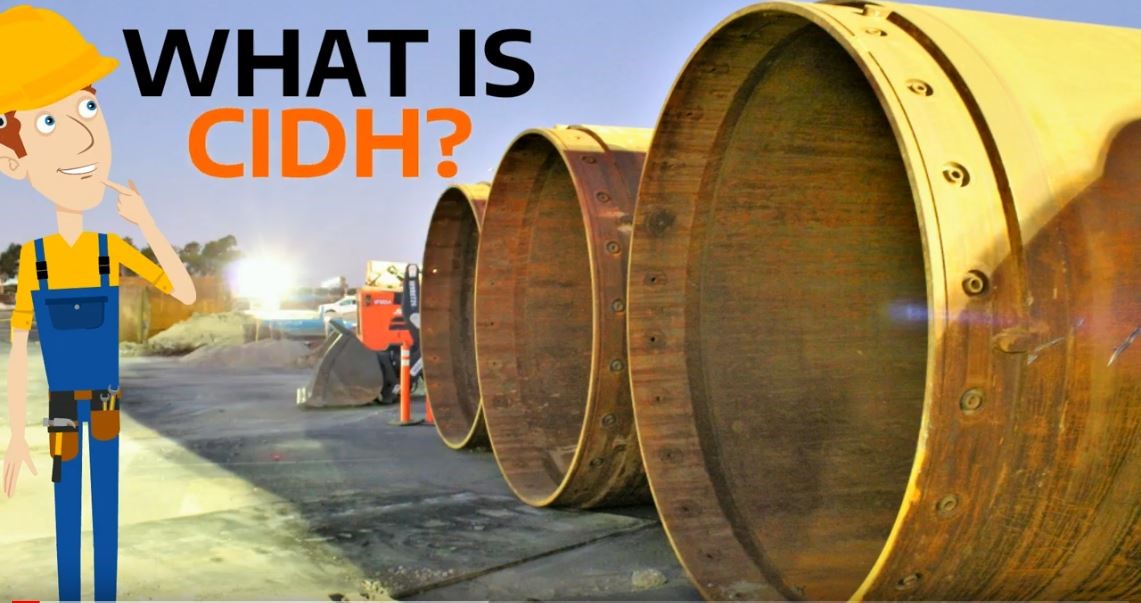 The APM, which is scheduled to open for passenger service in 2023, will transport passengers in and out of the CTA, connecting to L.A. Metro’s regional transportation system and LAX’s future Consolidated Rent-A-Car Facility and Intermodal Transportation Facilities. Only the system’s Maintenance and Storage Facility (M&SF) will be constructed at grade, with the rest of the system elevated up above the current LAX infrastructure.
For more information about the APM project, including fact sheets, renderings and construction impact notices, and to subscribe to receive email updates, visit FlyLAX.com/ConnectingLAX. 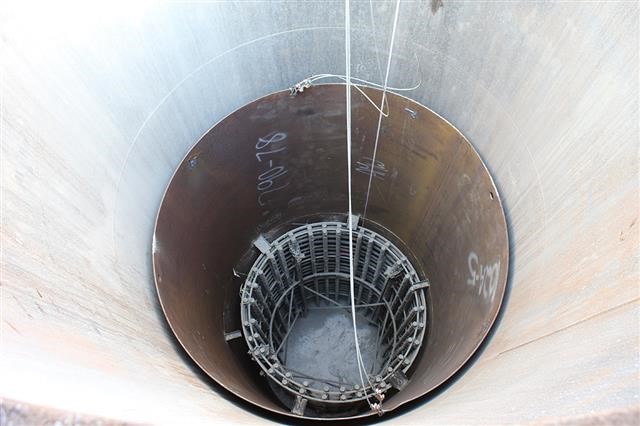 The final product once the concrete is pumped into the hole.